It’s Wednesday, July 29, and the U.K. is moving social distancing to two wheels. 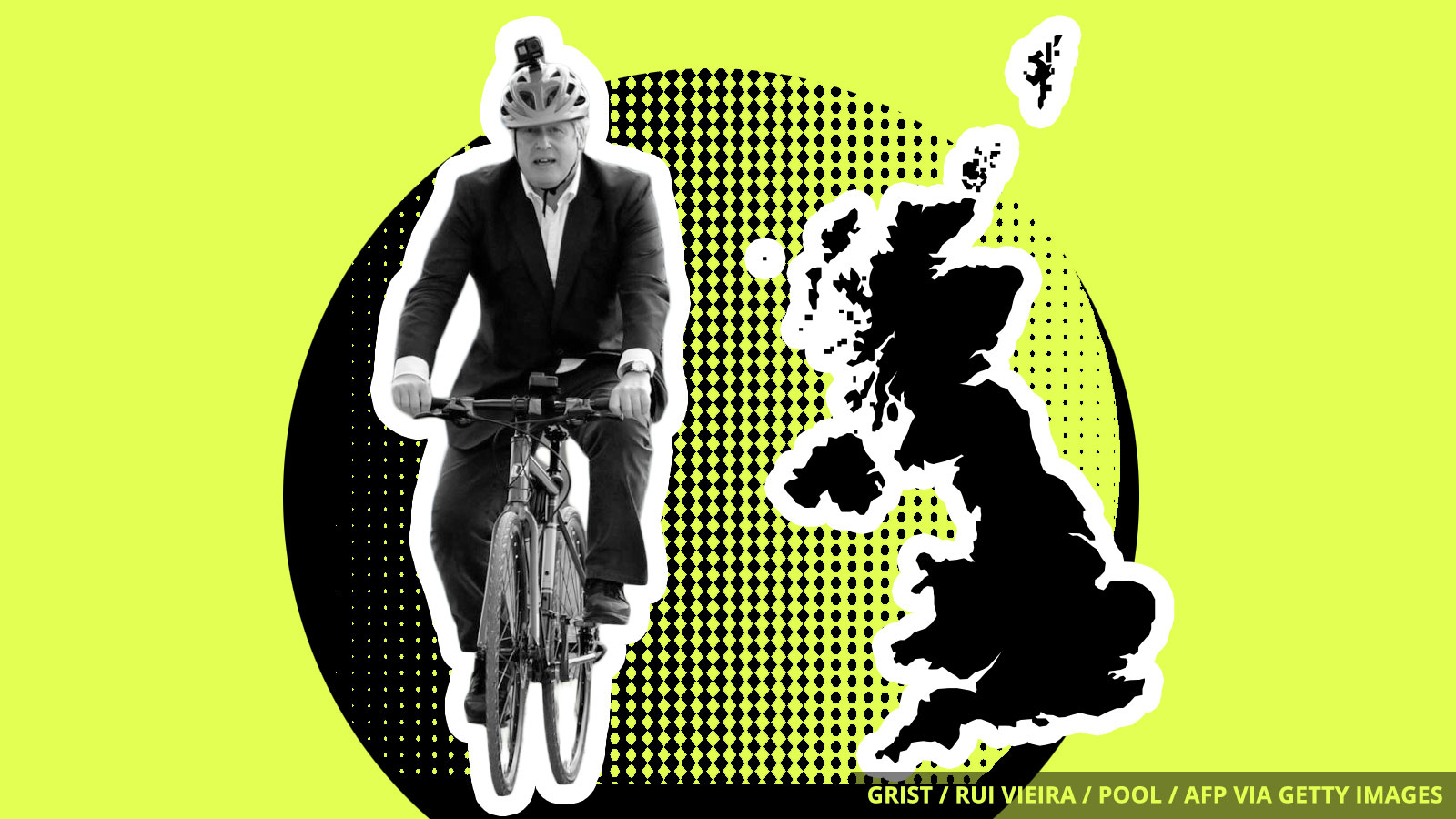 U.K. Prime Minister Boris Johnson is a staunch conservative whose demeanor and distinctive straw-colored hair have elicited comparisons to President Trump. He’s also a surprisingly strident defender of British bicyclists. On Monday, Johnson announced a plan to spend more than $2.5 billion on thousands of miles of curb-protected bike lanes in the country, following up on a previous promise to usher in a new “golden age for cycling.”

Johnson has long been opposed to what he considers “nanny state” interventions, even complaining about common-sense safety measures like child booster seats. But the British P.M. is also a longtime cyclist, and he presided over many biking reforms when he was mayor of London between 2008 and 2016.

The massive investment in new cycleways, Johnson argued, would improve public health and serve as “huge, 24-hour gyms, free and open to everyone.” Johnson’s plan also includes a “national e-bike program,” the details of which remain unknown, and 50,000 $65 bicycle repair vouchers available on a first come, first served basis in England.

The government is also looking for a small to medium-sized city that can be converted into a zero-emission transport zone, complete with electric buses and extensive bike lanes. “People want radical change,” Johnson wrote. “We politicians shouldn’t be afraid to give it to them.”

Exposure to particulate pollution decreases life expectancy by an average of two years globally, according to a new report. “Though the threat of coronavirus is grave and deserves every bit of the attention it is getting, embracing the seriousness of air pollution with a similar vigor would allow billions of people around the world to lead longer and healthier lives,” said Michael Greenstone, a co-author of the report, in a statement.

2019 was the deadliest year on record for environmental activists, according to a new report. Forty percent of the 212 activists killed were indigenous, despite indigenous people representing only 5 percent of the global population.

More than 800 Superfund sites on American coastlines are at risk of flooding in the next 20 years, according to a new report from the Union of Concerned Scientists. Superfund sites are the designation for America’s most hazardous waste sites; flooding increases the likelihood that toxic waste will contaminate neighboring land and water, putting nearby communities at risk.

They put the UN in young ‘uns