It’s Monday, September 21, and carbon-free flying could be closer than anyone thought. 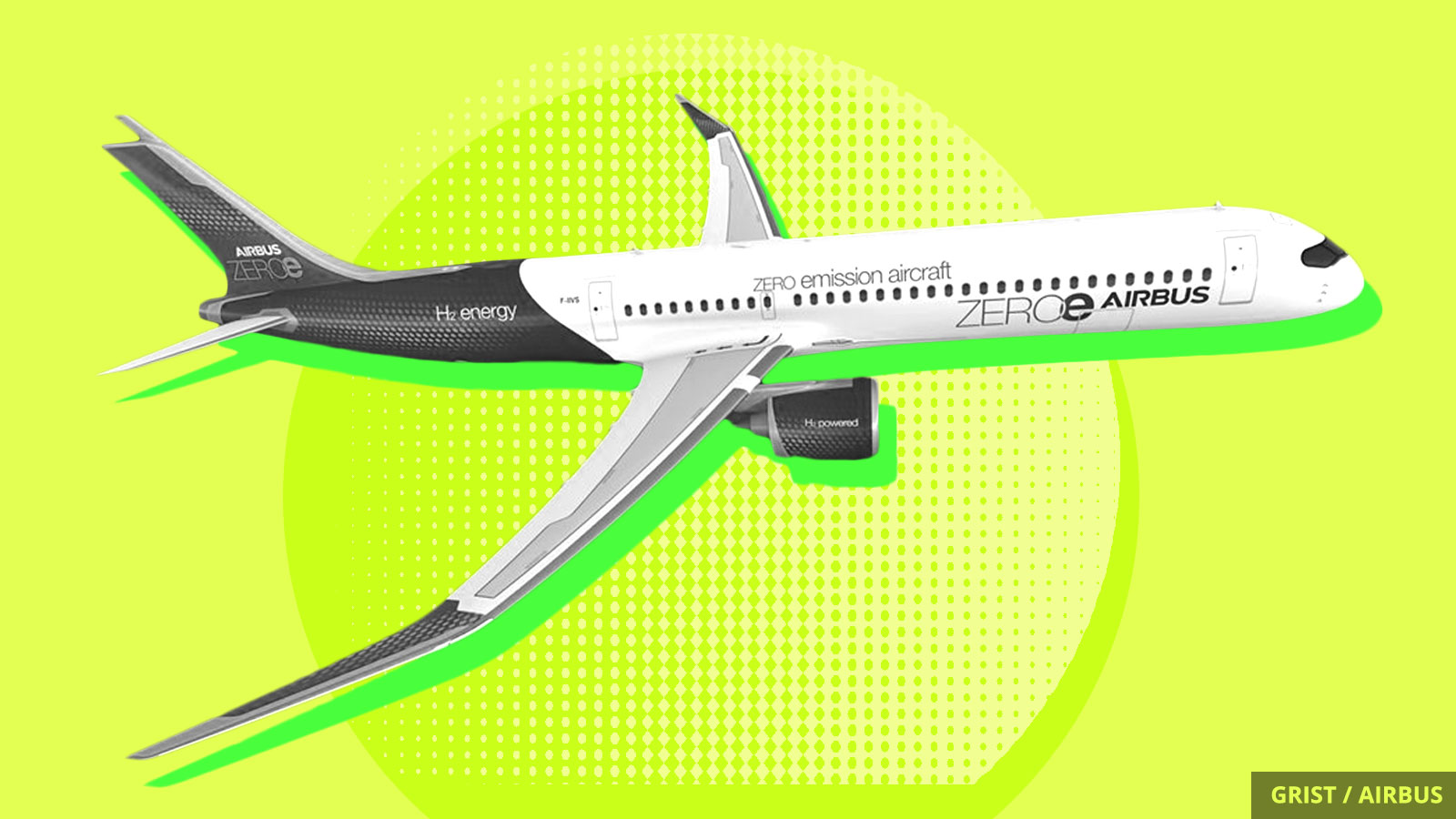 Airbus, the world’s largest airplane manufacturer, announced on Monday that it aims to have hydrogen-fueled planes in the skies by 2035. The company released three zero-emissions aircraft concepts, all of which will be able to carry 100 or more passengers while emitting nothing but water vapor.

If successful, the environmental effects of this new technology would be far-reaching. While aviation currently contributes somewhere between 2 and 5 percent of global carbon emissions, that number could increase to as much as 25 percent within a few decades. That’s both because air travel is becoming more widespread, and because aviation is an industry that’s especially difficult to decarbonize: Right now, emissions can only be marginally mitigated by blending sustainable aviation fuels with conventional fuel, and electric planes aren’t great commercial alternatives yet because the batteries needed to power them would simply be too heavy.

Aircraft design is not the only hurdle ahead for Airbus. The company won’t be able to deploy hydrogen-powered planes without airports installing entirely new fueling infrastructure. And the climate benefits of the planes could be tempered by the fact that most hydrogen fuel is currently produced using natural gas. To address this, Airbus hopes that “green” hydrogen produced with renewable energy will eventually help make its carbon footprint as small as possible.

Supreme Court Justice Ruth Bader Ginsburg’s death could have supremely dire consequences for the many environmental challenges currently working their way through the lower courts. Legal observers say that another Trump-appointed justice will likely result in a Supreme Court poised to undo much of the Environmental Protection Agency’s ability to interpret and enforce environmental law.

Medical professionals are predicting a spike in asthma-related illnesses among children exposed to wildfire smoke — damage that could persist even after the smoke clears. Fires along the West Coast have already burned millions of acres this year, with more than a month of the fire season still to go.

Despite efforts to curb dangerous drilling, California has experienced more than a dozen oil spills in the last year — and the companies responsible have actually profited off clean up efforts. That’s according to a new investigation from ProPublica and the Desert Sun. A single ongoing spill at a site operated by Chevron has netted the company $11.6 million in just three years.