It’s Friday, September 18, and the E.U. wants to accelerate its carbon cutting. 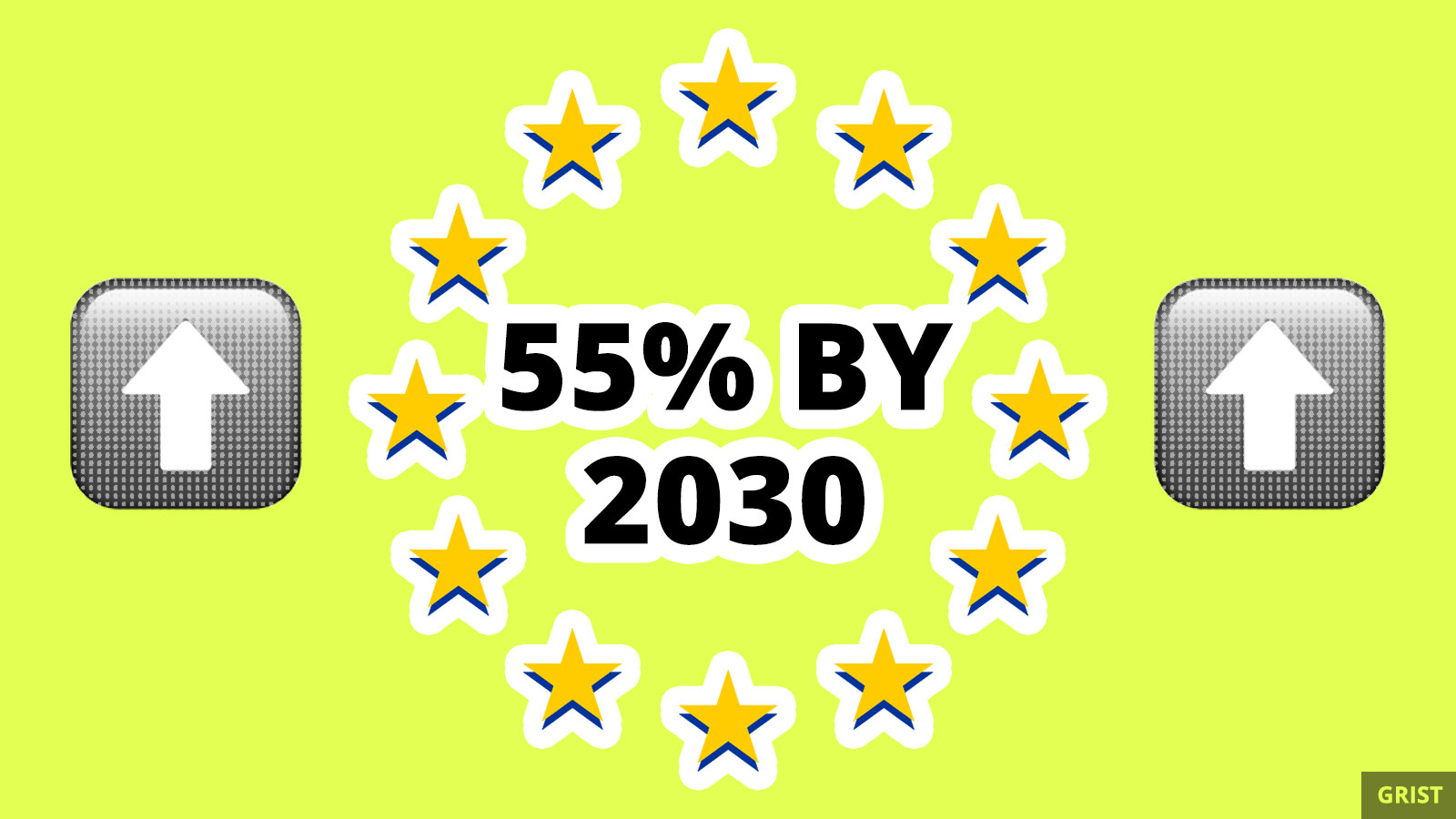 The European Union has some of the most comprehensive policies to take on climate change in the world — and it’s moving to make them stronger. Speaking to lawmakers on Wednesday, European Commission President Ursula von der Leyen proposed that the 27-country bloc ditch its current goal of cutting emissions 40 percent below1990 levels by 2030. The new target? 55 percent. Von der Leyen argued that the new target is “ambitious” but “achievable,” given that the E.U. has already reduced emissions by 25 percent.

Details of the proposal were unveiled on Thursday in a hefty policy document, which described cuts that could be made sector-by-sector. It might take offering landowners money to plant more trees on farms and in forests, creating even more stringent emissions standards for automobiles, and renovating buildings and houses to make them more energy efficient. Expanding the bloc’s cap-and-trade program to sectors like road transport and buildings could help cut emissions even more.

Not everyone was pleased by the new target. According to ABC News, the European Parliament’s Green Party members said that the new goal was too lax, calling instead for a 65 percent reduction within a decade. Environmental groups criticized it for including carbon offsets and possibly offering subsidies for the fossil fuel industry to develop new infrastructure.

E.U. member countries, however, have been generally receptive, and von der Leyen aims to adopt the 55 percent proposal by the end of the year.

Even as the damage from Hurricane Sally is still coming into focus, two more major storm systems — Teddy and Wilfred — look to be heading toward the East Coast. Tropical storms and hurricanes are named alphabetically, and this is the earliest the Atlantic hurricane season has ever exhausted the entire alphabet.

The Trump administration has rolled back a wide array of environmental regulations, including fuel economy standards and methane emissions rules. A new study has estimated that these policies could cause the U.S. to emit an additional 1.8 billion gigatons of greenhouse gases over the next 15 years. That’s about a third of what the U.S. emitted in 2019.

Thirty years ago, Coca-Cola said that it would start using at least 25 percent recycled material in its packaging. According to a new report, that figure is just 10 percent. The Changing Markets Foundation found that the beverage behemoth remains the world’s largest plastic polluter and that major food and beverage companies like Mars and PepsiCo have regularly “warped, reframed, or ignored” their lofty environmental commitments.