It’s Thursday, May 13, and Tesla is putting the brakes on Bitcoin. 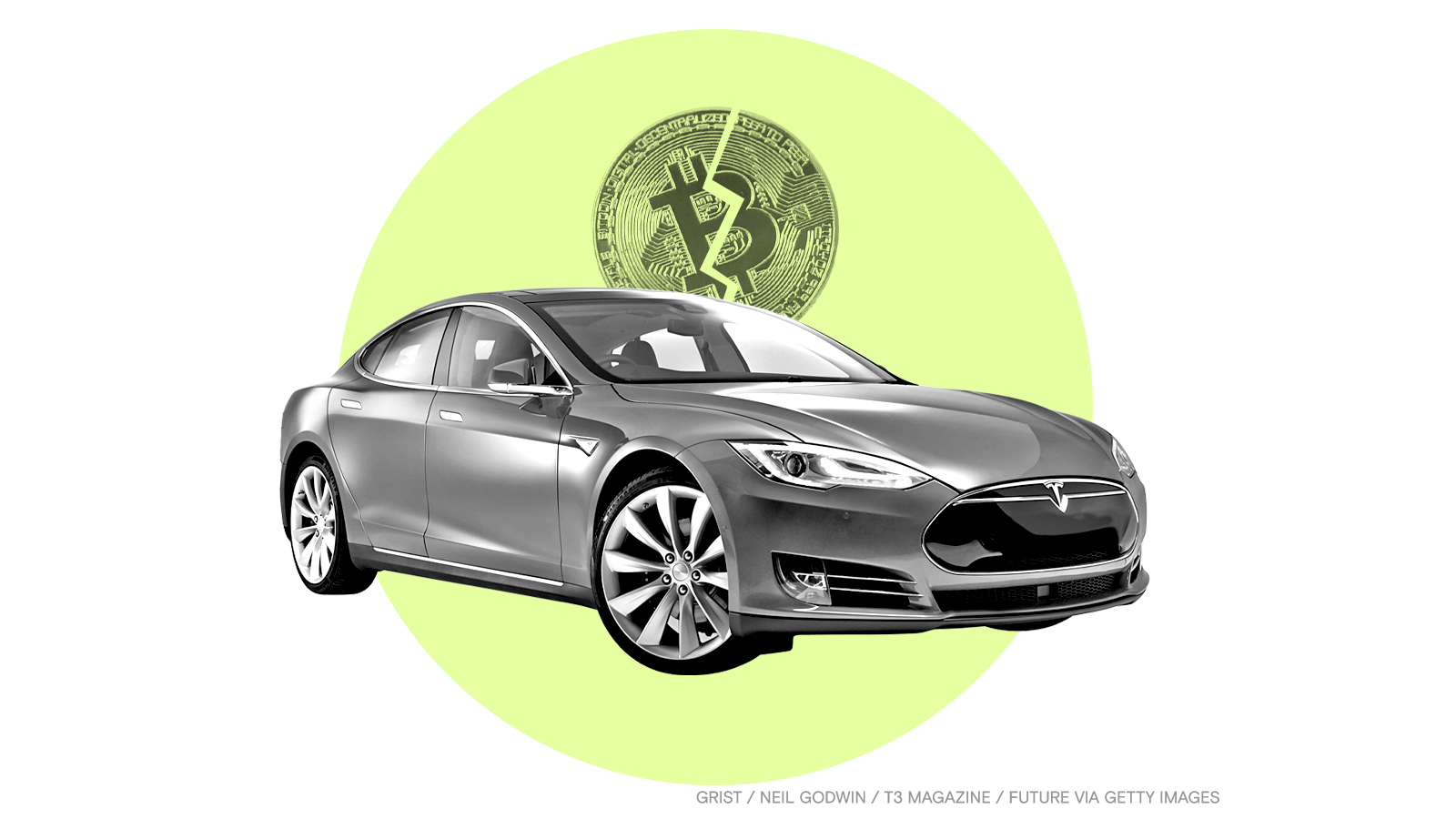 Citing concerns over the use of fossil fuels in cryptocurrency mining, Tesla CEO Elon Musk announced on Wednesday that his electric vehicle company is putting the brakes on purchases using bitcoins. The price of Bitcoin dropped 5 percent in the minutes following Musk’s announcement.

The announcement is a reversal of Tesla’s prior stance. In February, Tesla announced that it had bought $1.5 billion worth of bitcoins, and the company began accepting the cryptocurrency as payment for cars in March. These moves drove a 20 percent surge in the value of Bitcoin.

Bitcoin’s environmental impact is substantial: If the cryptocurrency were a country, it would be in the top 30 energy users worldwide. Annually, Bitcoin consumes more electricity than Argentina, and that consumption is growing every year as Bitcoin mining and transactions expand. Musk said that Tesla would not sell any bitcoins until the currency transitions to renewable energy, and also that the company is looking into more energy-efficient cryptocurrencies.

“We are concerned about rapidly increasing use of fossil fuels for Bitcoin mining and transactions, especially coal, which has the worst emissions of any fuel,” said Musk in a statement on Twitter. “Cryptocurrency is a good idea on many levels and we believe it has a promising future, but this cannot come at great cost to the environment.”

After going dark during the Trump administration, the Environmental Protection Agency has released an updated report detailing the effects climate change has had on the United States. These indicators include the thawing of permafrost in Alaska and the warming of the Great Lakes’ deep waters. The data shows that the nation has entered unprecedented territory, EPA staffers said.

A refinery on the U.S. Virgin Island of St. Croix has spewed oil onto local residents for the second time in around three months. The Limetree Bay refinery was given approval to operate under the Trump administration, and came under EPA investigation after a similar incident in February that sickened residents, contaminated drinking water, and forced schools to close.

Michigan Governor Gretchen Whitmer ordered the shutdown of the Enbridge Line 5 pipeline, which passes under the Great Lakes, by May 12 — but the pipeline is still running in defiance of the order. Now, Enbridge is taking using the Colonial Pipeline hacker drama to excuse their choice, saying the resulting gas shortages are a preview of what could happen if Line 5 shuts down.