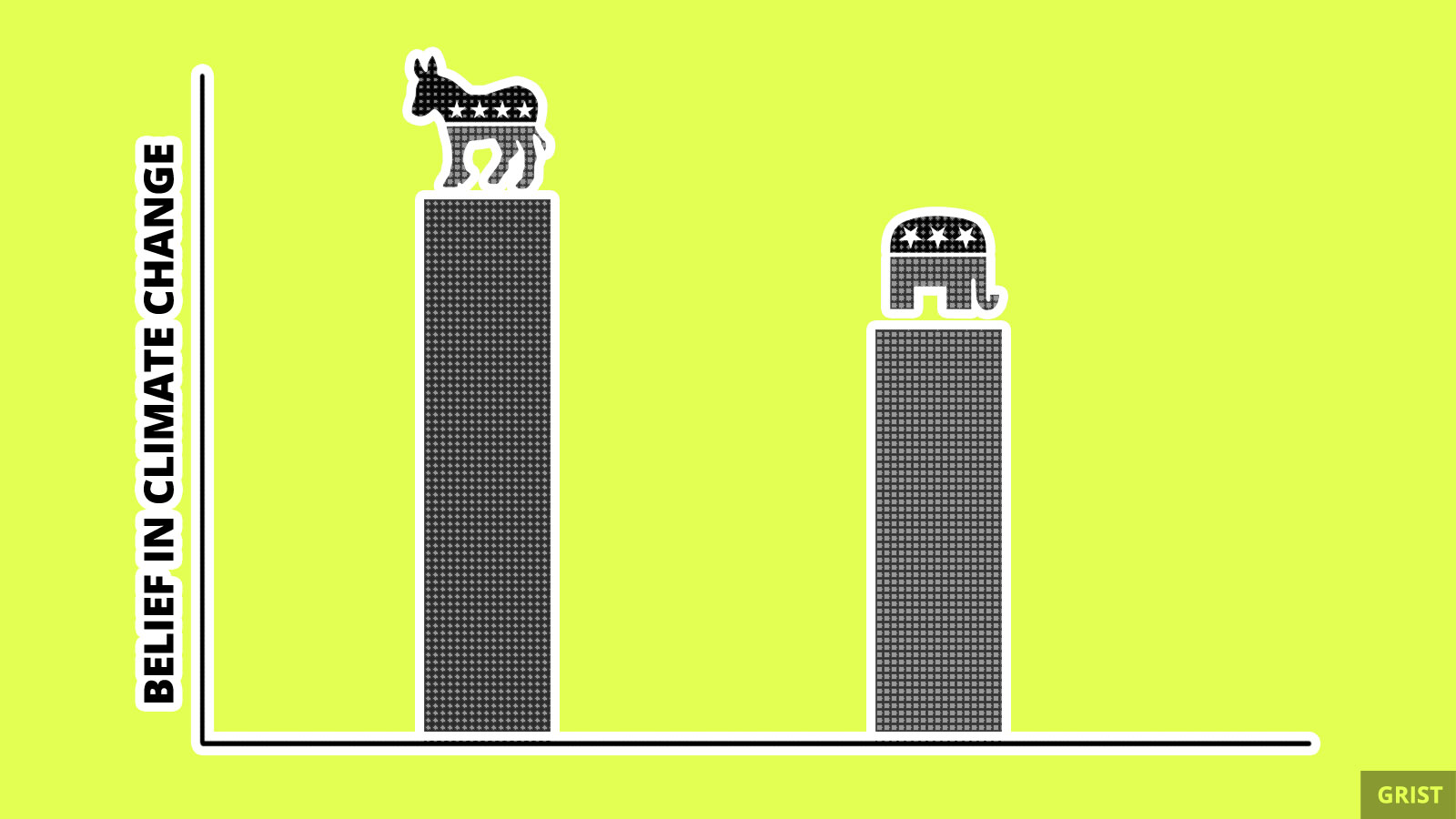 Americans, including Republicans, have never been more in agreement that global warming is, indeed, a growing concern, and that it poses a risk now and in the future, according to a new Monmouth University poll.

As has been the case with past polls, way more Democrats are repping those climate concerns (92 percent acknowledge it). But now, nearly two-thirds (64 percent) of Republicans think climate change is happening (accurate), compared to 49 percent three years ago. And more of the general population — 78 percent compared to 70 percent three years ago — recognize the climate is changing. Big picture: for the first time ever, a majority of Americans (54 percent) consider it a “very serious” problem (also accurate).

But it ain’t all good news. Many Americans still don’t agree with the scientific consensus that humans are the driving force behind global warming. Only 29 percent of people say climate change is more due to human activity than natural changes in the environment (or some mix of the two).

This poll comes against a scientific backdrop of increasingly dire warnings — the recently released Fourth National Climate Assessment found that climate change will likely kill thousands of Americans and significantly shrink the U.S. economy — and yet President Trump’s remains steadfast in his efforts to roll back Obama-era climate policies.

Climate-fueled disasters, such as Hurricane Michael in Florida and this year’s devastating wildfires in California “have convinced folks that something is going on,” said Patrick Murray, the director of Monmouth University Polling Institute.“The worse the effects of climate change become, the more likely people are to believe in it.”

Rather than wait for more intense disasters, maybe politicians could try to get ahead of the curve just this once. As President Harry S. Truman kinda sorta said, “if you can’t handle the heat, stop denying the existence of global warming.”

This week, nations are coming together to figure out how to stave off climate change at COP24. The international climate summit is being held this year in Katowice, the coal country of Poland. World leaders are getting together to basically give themselves a report card on how much progress they’ve made towards meeting international goals to stabilize greenhouse gases and to determine what’s next. President Trump won’t be in attendance at COP24, but he’s still managed to make things harder from afar. On Saturday, after the conclusion of G-20, a meeting of the world’s economic heavyweights, Trump was the only attending world leader not reaffirm commitment to the Paris climate agreement to fight climate change.

The U.S. Supreme Court has given the green light to President Trump’s border wall. The high court rejected a suit from environmental and animal protection organizations against the Department of Homeland Security, reported Bloomberg. The suit claimed that government improperly waived certain federal laws in order to more quickly begin construction on the wall, which the organizations alleged would bring harm to the environment and animals.

The Camp Fire in northern California is finally out, but the devastation continues. Toxic chemicals from the smoke and the huge spike in carbon emissions from the fires will continue to impact environmental and public health. The fires released 68 million tons of carbon dioxide into the atmosphere, equivalent to a year of the state’s power pollution. The fires left 88 people dead and destroyed around 18,000 homes.