3 things to know ahead of this year’s U.N. climate talks in Poland 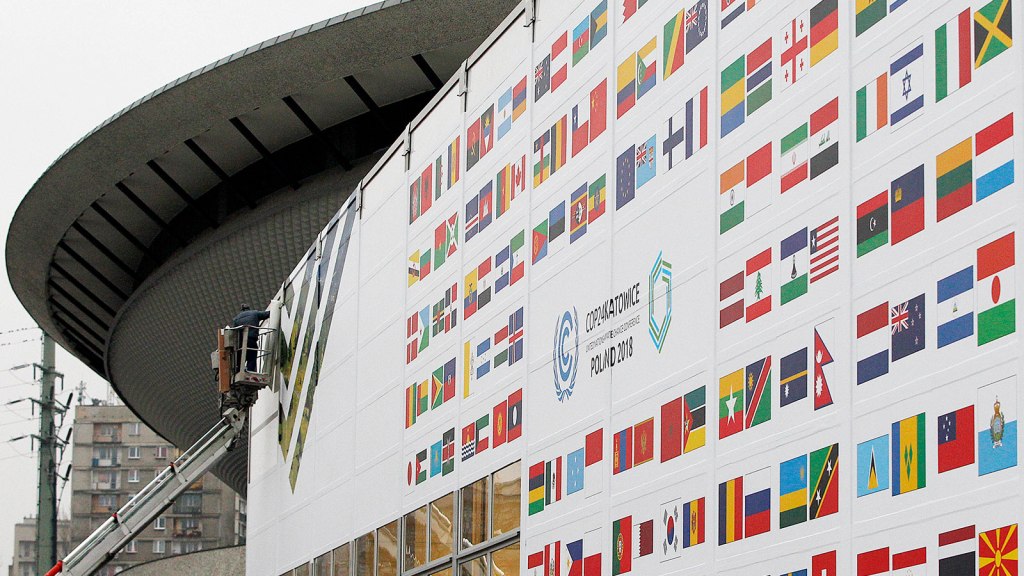 3 things to know ahead of this year’s U.N. climate talks in Poland

Thousands of the world’s top officials have gathered in Katowice, Poland to negotiate over the nuts and bolts of global climate solutions. The 24th Conference of the Parties to the United Nations Framework Convention on Climate Change (otherwise known for its jazzier name, COP24) kicks off on December 3, and will continue over the following two weeks.

A lot is riding on the summit. This year marks the deadline set by the Paris climate agreement during COP21 to hammer out a rulebook for critical commitments made by nearly every country in the world to slow down climate change and avoid hugely damaging natural, economic, and human costs.

According to the Nature Conservancy, “This COP is just as important as the one in Paris, but without the fanfare.”

We’ll always have Paris … but a lot has changed since that climate accord was signed in April 2016. The United States has turned away from its Paris agreement pledge. The United Kingdom is preoccupied by Brexit, making it less likely to be able to focus on environmental goals. And Brazil, which recently backtracked on its offer to host next year’s U.N. climate talks, is about to inaugurate a leader who wants to open up the Amazon rainforest to deforestation, and could eff up the planet for all of us.

So what are we to make of COP24 against all this ruckus? Here are three signs that already hint to what we might expect from this year’s global climate talks.

Most U.S. politicians are sitting this one out.

Look, given his recent comments on his administration’s own climate report, no one expected President “I don’t believe it” Trump to high-tail it to COP24. But few if any top Democrats, who recently said they plan to use their House majority to prioritize the issue of climate change, seem to be schlepping it to Poland this year. According to Axios, no Democratic senators will be attending COP24. Even the top Democrat on the House Energy and Commerce Committee, Rep. Frank Pallone of New Jersey, will be sending staff in his place.

Last year, several big-name politicians, including California Governor Jerry Brown and Oregon Governor Katie Brown, attended COP23 in Bonn, Germany — but they won’t be attending this year. What gives? According to congressional aids, it’s about timing: COP24 is a being held nearly a month later in the year compared to 2017’s talks, and Congress is still in session.

Coal is going to be creeping on the conference.

COP24 will be held in Katowice, a coal mining city that is among the most polluted in Europe. Poland’s coal habit is becoming more expensive and damaging to the environment, but the country is still struggling to part ways with it. Poland currently uses coal to meet a whopping 80 percent of its energy needs. One of Poland’s leading coal companies, Jastrzębska Spółka Węglowa (JSW), was the first official sponsor of the climate talks. Several other coal companies have followed suit.

The Trump administration has not been shy about its own love affair with coal. This year, it’s planning to have its own coal convention as a side event to COP24 touting the “long-term potential” for so-called “clean coal.” Pffft.

The recent flurry of climate reports might add real urgency to negotiations.

There has been a spate of major scientific reports in the run-up to COP24, including this one and this one and this one. The most comprehensive of these is arguably the 2018 Intergovernmental Panel on Climate Change (IPCC) report, which underscores just how far governments still have to go if they’re to reach the goal agreed upon in Paris — namely to try to limit global warming to less than 2 degrees Celsius above pre-industrial levels. But the IPCC report found that even in a 1.5-degree scenario, there will likely be an increase in extreme weather conditions, resulting in a major uptick in hunger, poverty, mass migration, and resource-driven conflicts.

The reports just might be the scary kick-in-the-ass world leaders need to up their commitments to reduce carbon emissions.

Stay tuned for Grist’s on the ground coverage of the goings-on at COP24.