It’s Friday, November 30, and this was the week that questions about the reality of climate change died. 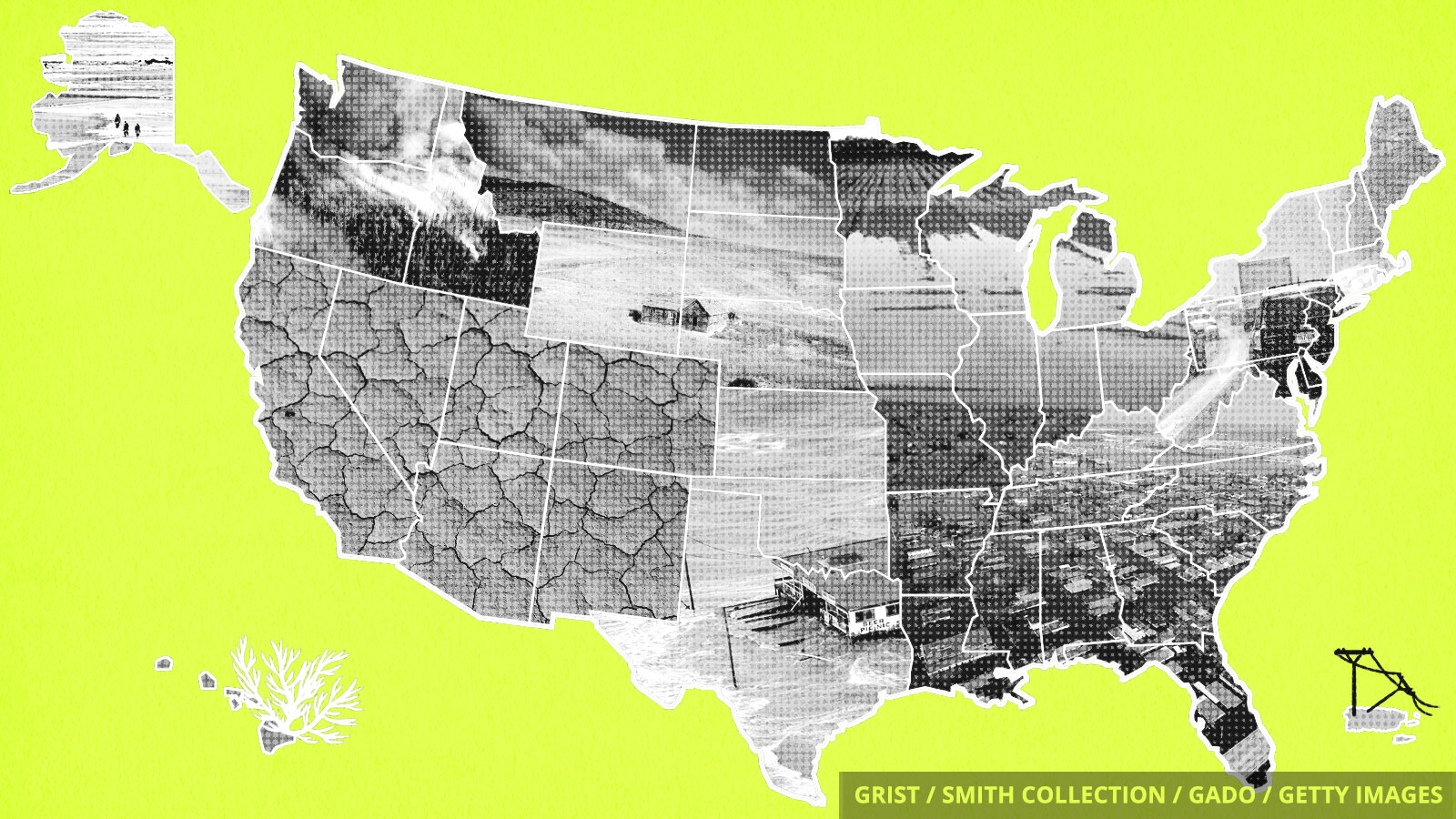 Whew, it’s been a big week for climate change news. Grist has been trying to make climate change mainstream for, uh, two decades now, so it feels like the moment of public reckoning has finally arrived. There’s no room for doubt that climate change is coming for our asses.

Here’s how we know:

Exhibit A: The Trump administration tried burying the Fourth National Climate Assessment by releasing it on Black Friday. Instead, Trump has been bugged about it, and coverage has skyrocketed (point your browser to Grist dot org). The report broke down climate consequences region-by-region in the United States. Each of the 10 regions lays out some pretty nasty effects. So we read each chapter and compiled this handy breakdown. Check it out — we guarantee you’ll find something you won’t like!

Exhibit B: On Tuesday, the U.N. released its annual report card on climate change. The bad news is we’re failing to address the biggest problem facing humanity. The good news? There’s so much room to improve! Cities and businesses could also help pick up the slack. The report is sure to be on the minds of world leaders as they gather in Poland for a climate summit next week.

Exhibit C: On Wednesday, a report compiled by a group of international experts called climate change “the biggest global health threat of the 21st century.” Yikes! Prognosis: more disease and way more disasters in the future.

Well, there you have it. The news is bleak, but at least it puts an end to all of this pussyfooting around climate change. Unless you’re our climate-denying president or you live under a rock, you know by now that climate change is real and it isn’t going to be pretty. Welcome to the Anthropocene.

The National Flood Insurance Program is set to expire on Friday. And Congress has yet to figure out a fix. The heavily indebted program has needed an overhaul for a long time. Republicans want to cut the subsidies, which often bail out homes that are sure to flood again. An alternative might be relocating homes entirely from flood zones, or else rebuilding smarter, flood-resistant homes. The only issue (it’s a pretty big one): There is no federal plan for an alternative.

The White House keeps spreading disinformation about the National Climate Assessment. A press release from the EPA, using the words “fact check,” cites the Daily Caller in falsely claiming that the blockbuster report was based on worst-case scenarios. Katharine Hayhoe, a coauthor of the assessment, corrected this myth in a tweet: “The report considered a very broad range of scenarios, from one where carbon emissions go negative to one where they continue to grow.” Hats off to the climate scientists who probably needed a rest after finishing the 1,656-page tome, but now have to defend their work.

Even if we’re able to keep human-caused warming to less than 2 degrees C above pre-industrial levels, it might not be enough to save polar ice sheets. A new study from Nature Climate Change shows that ice sheets in Greenland and Antarctica are likely on a path of irreversible decline. “Greenland & Antarctica will likely collapse, in very different ways,” tweeted Mike MacFerrin, a glaciologist known as “Ice Sheet Mike,” who wasn’t involved in the study. “Just depends how fast.”