It’s Tuesday, December 3, and world leaders pledged a “green revolution” on the first day of COP25. 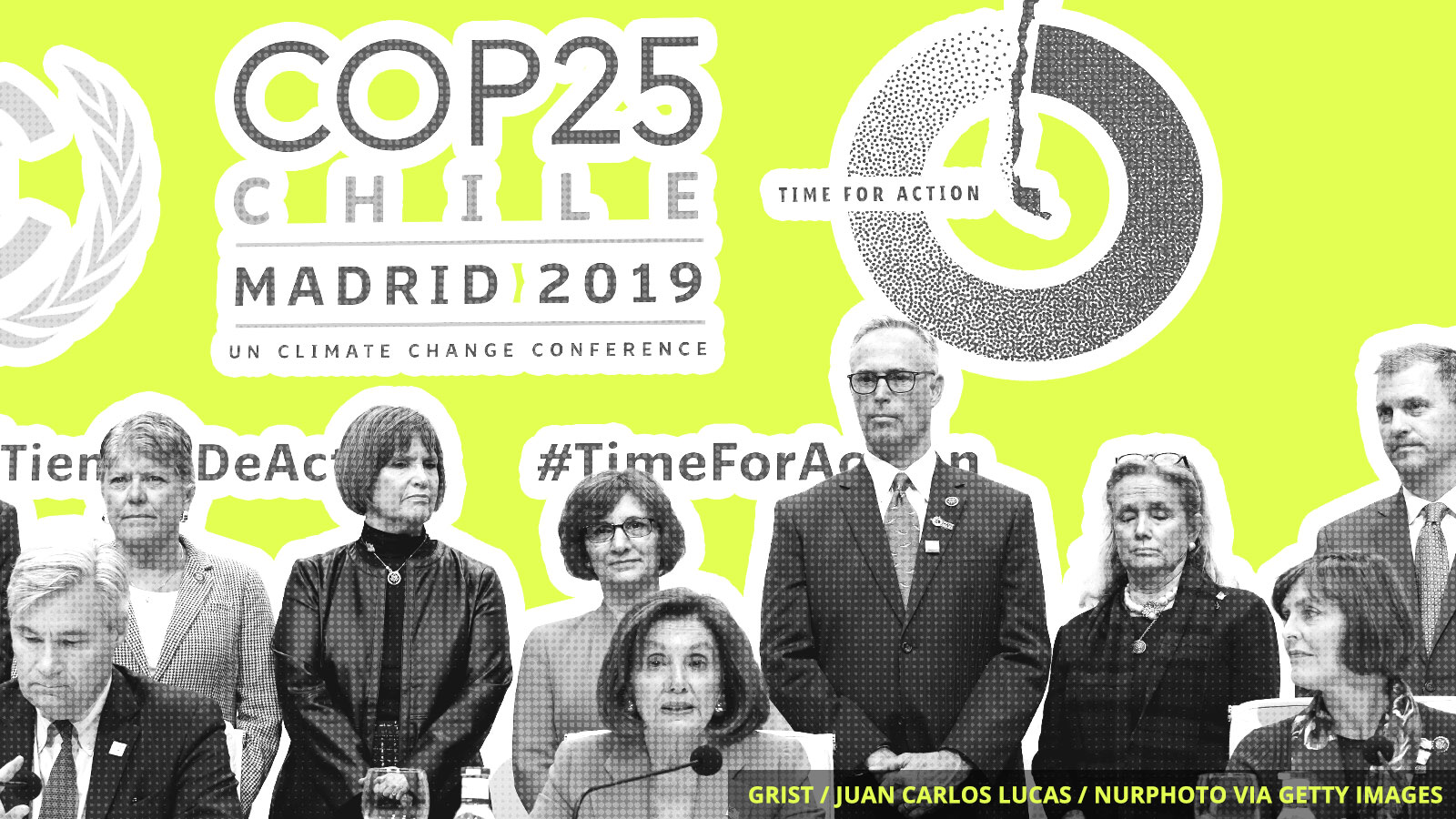 Global leaders from more than 200 countries are gathering in Madrid for the 25th United Nations Climate Change Conference, also known as COP25, to discuss how to tackle the climate crisis. On the first day of the two-week summit, leaders promised a “green revolution.”

Who represented the U.S.? House Speaker Nancy Pelosi, for starters, along with a delegation of more than a dozen members of Congress. President Trump formally began to withdraw the U.S. from the Paris Agreement last month, but Pelosi told reporters her presence at the conference was meant to reassure the world that “the United States is still in.”

Meanwhile, U.N. Secretary General António Guterres expressed his disappointment in tepid global efforts to slash emissions. “Do we really want to be remembered as the generation that buried its head in the sand?” Guterres asked in his opening address. A day earlier, Guterres praised youth activists for mobilizing to protest government inaction and contrasted the energy of their movement with governments’ lackluster response.

Greta Thunberg, the 16-year-old Swedish climate activist, landed in Europe to attend the conference after a three-week voyage across the Atlantic Ocean on a carbon-neutral powered yacht.

“I think people are underestimating the force of angry kids,” Thunberg told reporters. “If they want us to stop being angry, then maybe they should stop making us angry.”

The Senate confirmed Dan Brouillette as the new energy secretary on Monday, replacing Rick Perry, who has decided to leave just as questions about his involvement in the Ukraine scandal are surfacing. Brouillette, who was previously the deputy secretary, has pushed for the expansion of oil and gas drilling and questioned whether climate change is a serious threat.

Hotter temperatures tied to climate change could put pregnant women at risk of early deliveries, according to a new study in Nature Climate Change. The research looked at daily temperatures and county-level birth data across a 20-year period and found that exposure to days hotter than 90 degrees F resulted in about 25,000 early births per year. Those early births can lead to respiratory problems like asthma.

Meltwater cascading through cracks from the surface of the Greenland ice sheet down to the bedrock could be speeding up the ice sheet’s drain into the sea. A new study in the Proceedings of the National Academy of Sciences suggests that the models used to predict sea level rise may need to be tweaked to include this phenomenon. 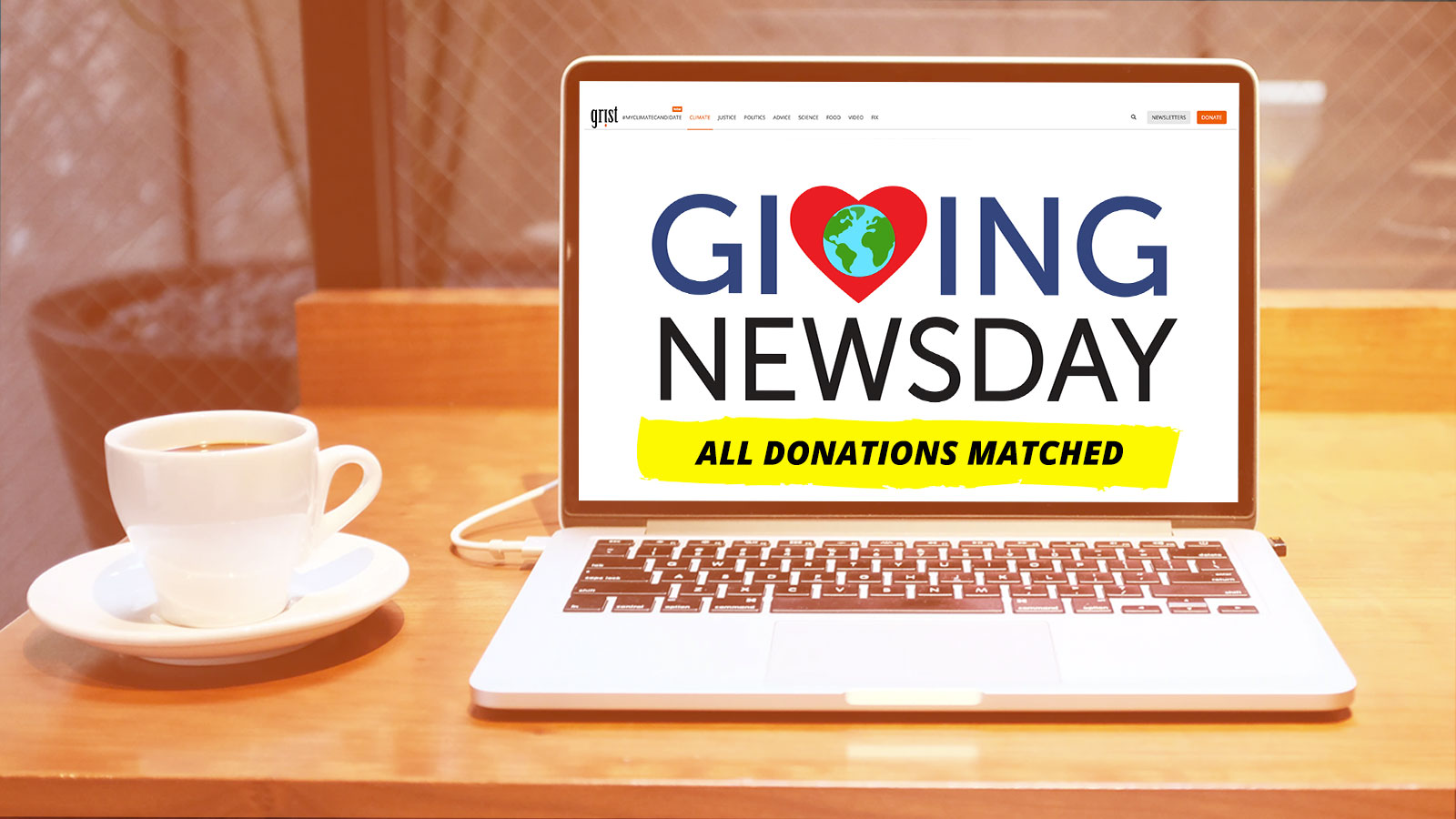 Black Friday. Cyber Monday. How about #GivingNewsDay? Show us some love by making a donation today, and all gifts will be matched. Grist set an ambitious goal to raise $10,000 in one day to help fund our work (including this newsletter!). As of this morning, we’ve raised $4,000. If only 200 readers made a $30 donation, then we’d hit our mark. (Fun fact: Close to 14,000 people subscribe to this newsletter. This goal is possible!) Help us cross that finish line by making a small gift now — the planet will thank you, and so will we.