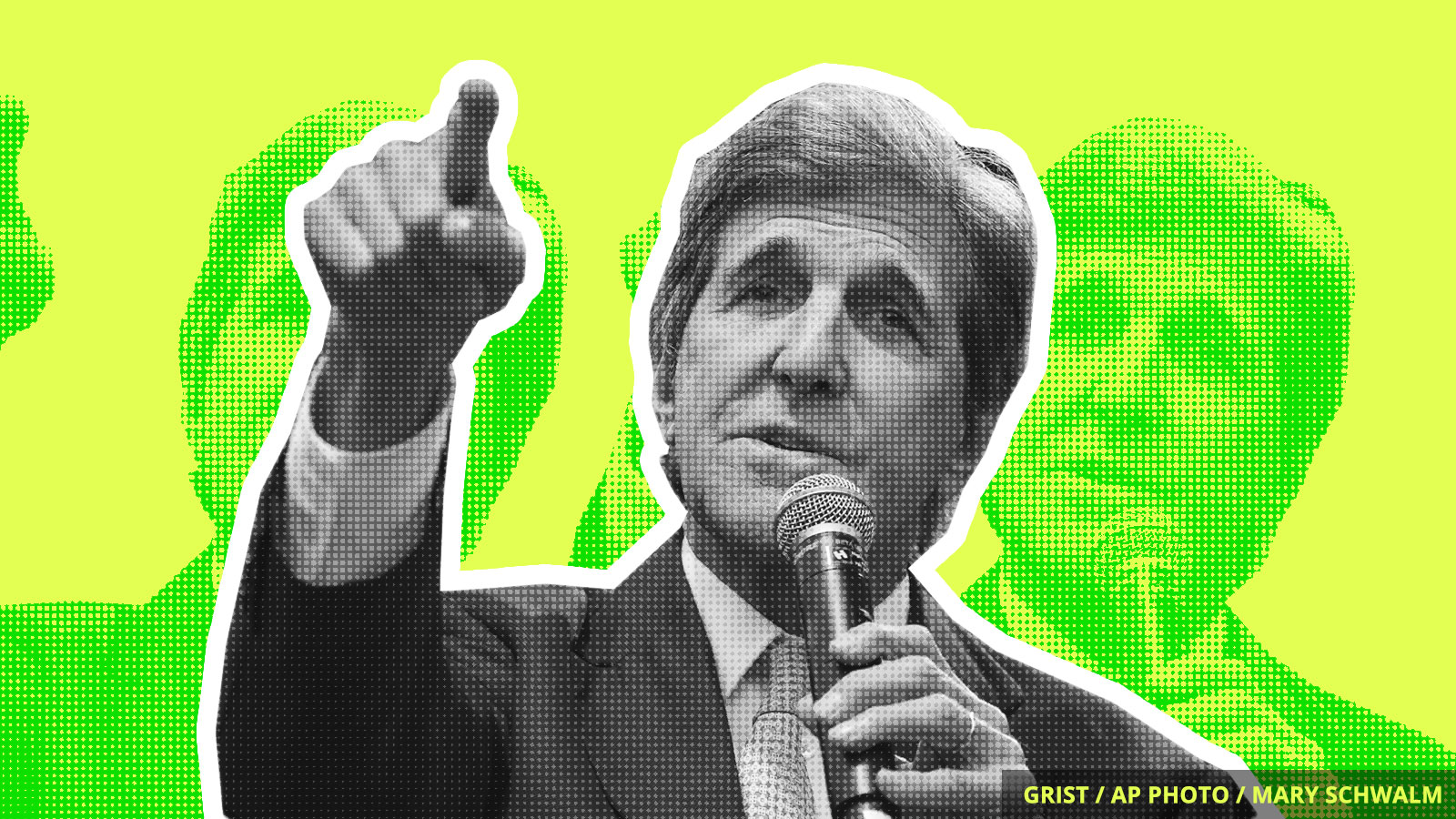 As much as it may sound like it, “World War Zero: The War for Net Zero Carbon Emissions” is not the title of a superhero spinoff movie about climate change. It’s the name of a real, bipartisan group of politicians, celebrities, and military officers brought together by former senator and secretary of state John Kerry to push for action on the climate crisis.

The coalition isn’t pushing a specific policy agenda — Kasich himself supports fracking, a practice opposed by many environmentalists. Instead, the group’s objective is to initiate 10 million “climate conversations” over the next year, with the aim of reaching Americans in areas where climate might not be a regular topic of conversation, like military bases. In January, coalition members will visit battleground states to hold town hall-style events designed to engage Americans who are still skeptical about implementing climate policies … and win them over.

The name “World War Zero” was chosen to convey the urgency of the crisis and invoke a wartime-like mobilization in service of eliminating greenhouse gas emissions, which the U.N. says needs to happen by 2050 to avoid catastrophic levels of warming.

Storms, droughts, and wildfires fueled by climate change have displaced more than 20 million people each year over the last decade, according to a new study by Oxfam. The report found that 7 of the 10 countries at the highest risk of climate-related internal displacement were developing island nations, mostly in the Caribbean and the Pacific.

Heavy snowstorms in the Northeast, Great Plains, and Upper Midwest complicated millions of Americans’ travel plans after a long holiday weekend. Nearly 900 flights were canceled on Sunday, which was expected to be the busiest travel day of the year.

On Friday, Brazilian President Jair Bolsonaro accused actor Leonardo DiCaprio of funding fires in the Amazon rainforest, with zero evidence. Meanwhile, scientists have found that the Amazon blazes are likely speeding up the melting of Andean glaciers, disrupting the water supply for tens of millions of people.