It’s Monday, December 7, and Denmark is keeping it in the ground — or, rather, under the sea. 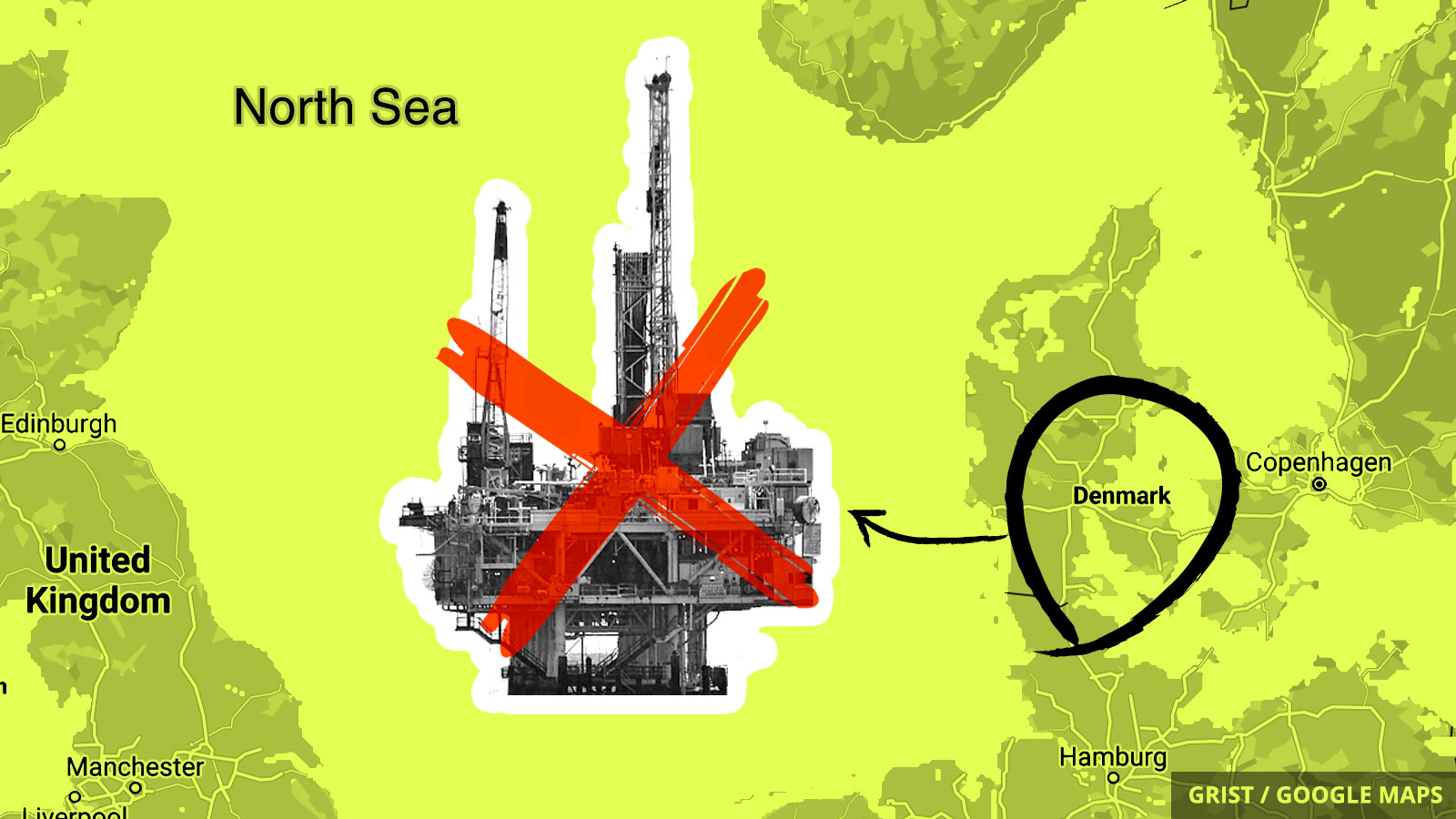 In a new first for climate action, Denmark’s parliament has voted to phase out all oil and gas exploration and extraction in the North Sea, the section of the Atlantic Ocean between Scandinavia and the United Kingdom. The country, which is the European Union’s biggest oil producer, will no longer issue new licenses to allow companies to search for oil and gas. All existing leases to extract fossil resources will expire by 2050.

The decision prepares Denmark to fulfill its obligation under the European Green Deal, which has not yet been finalized but aims for the European Union to become carbon neutral by 2050. The phase-out will mean a loss of about $2.1 billion per year in gross domestic product for Denmark. Sarah Ladislaw, director of the energy security and climate change program at the Center for Strategic and International Studies, told the Washington Post that the decision will not have a significant impact on global oil and gas markets, but “it will be instructive to see how Denmark continues to reshape its economy as it moves away from the production of oil and gas.”

While Denmark’s move alone may not significantly affect overall fossil fuel extraction, it puts pressure on other countries inside and outside the E.U. to follow suit — including the United Kingdom, whose North Sea oil industry is much larger than Denmark’s.

The outgoing Trump administration reportedly rejected setting tougher standards on soot, the nation’s most widespread type of air pollution. Environmental Protection Agency scientists estimate that lowering the standard could save up to 34,600 lives per year, but the EPA’s final decision claims that existing, higher standards set in 2012 are adequate to protect human health.

The Trump administration is also set to approve a land swap later this month that would give the mining company Rio Tinto more than 2,400 acres to build a copper mine in Arizona. The proposed project would destroy religious and cultural sites that are sacred to the San Carlos Apache Tribe.

November 2020 was the hottest November on record, according to the European Union’s climate agency. Average global temperatures were 0.1 degrees C (0.2 degrees F) higher than the previous warmest Novembers, which occurred in 2016 and 2019. If the trend continues, 2020 could surpass 2016 as the hottest year on record.

Dialing down gas in the Bay