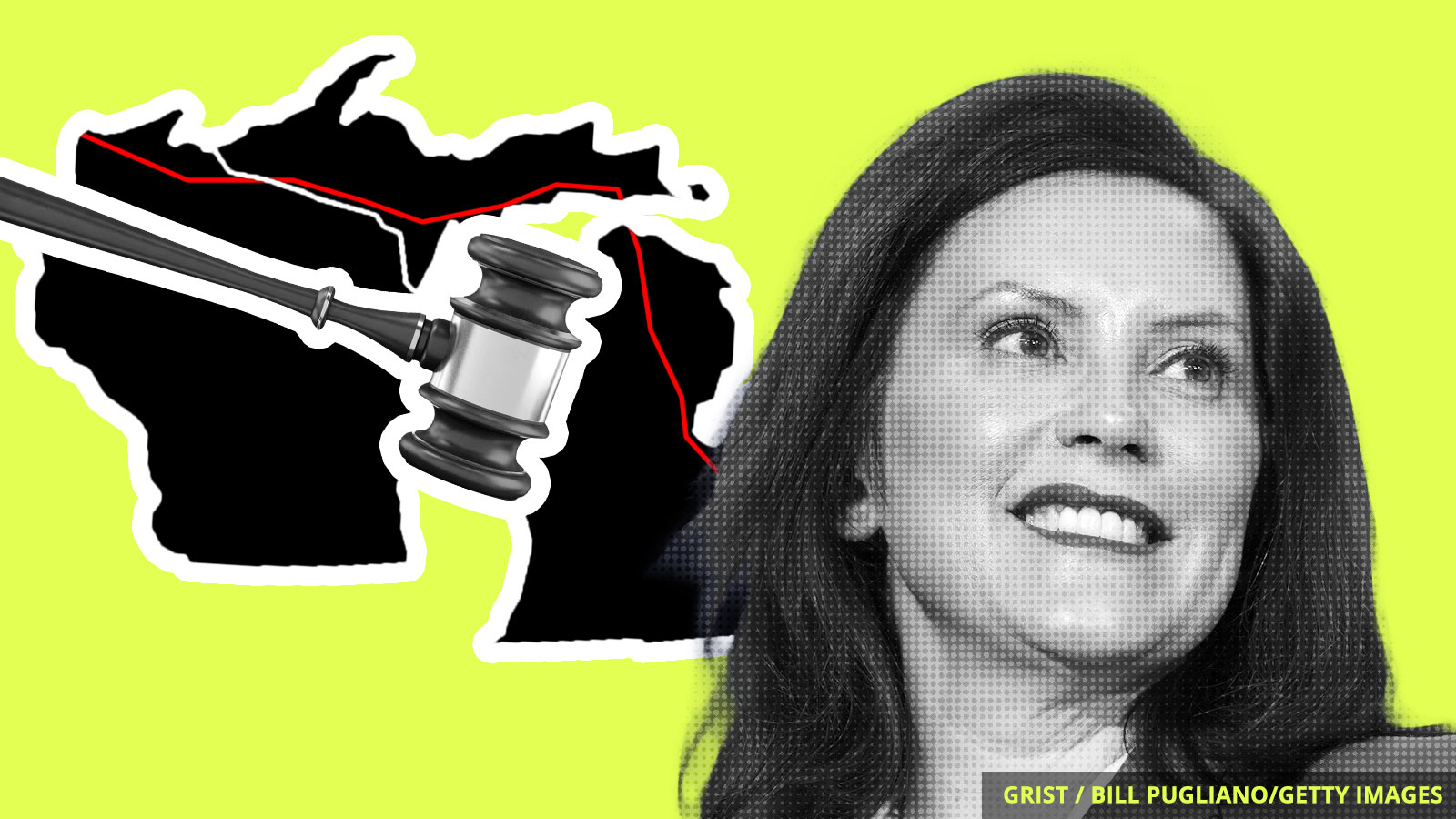 A longstanding pipeline controversy ended on Friday, when Michigan Governor Gretchen Whitmer ordered the oil and gas company Enbridge to permanently shut down its Line 5 pipeline.

The pipeline crosses a strait between Lake Michigan and Lake Huron — lakes that the state of Michigan is obligated to protect for its citizens under what is known as the “public trust doctrine.” After a 15-month investigation into Enbridge’s practices over the past 67 years, Whitmer and the Michigan Department of Natural Resources found that the company had repeatedly ignored structural problems in its operations, violating the 1953 easement that allowed the company to transport petroleum across the Straits of Mackinac and imposing on Michiganders “an unacceptable risk of a catastrophic oil spill in the Great Lakes.”

Enbridge has 180 days to comply with the state’s order — by May 2021, no more oil can flow through the Line 5 pipeline.

The Candian energy company has disputed the governor’s order as having “no credible basis,” while environmental advocates and Indigenous tribes that use the Straits of Mackinac for fishing and cultural practices have cheered it. “We are thrilled and thankful,” said Bryan Newland, president of the Bay Mills Indian Community, in a statement to the Independent. “This is a monumental step in rectifying the harm that the company has already inflicted upon Bay Mills and other tribal nations for decades.”

Hurricane Iota made landfall as a Category 4 storm in Nicaragua late on Monday, with wind speeds of up to 155 miles per hour. The storm ripped roofs off of buildings and knocked down trees and electricity poles. The storm hit as the country was just beginning to repair the damage from Hurricane Eta, a devastating Category 4 storm that made landfall only 15 miles away two weeks ago.

Amazon has worked to green its public image in recent years, pledging to zero out its carbon emissions by 2040. But the retail giant has been all but silent about climate change in Washington, D.C., where out of 115 lobbyists the company currently employs, only one has lobbied lawmakers on the environment since 2017.

James Danly, the Republican commissioner on the Federal Energy Regulatory Commission who recently replaced Neil Chatterjee as chair of the agency, is cutting off the press. Danly announced yesterday that he is canceling the agency’s monthly media briefings and will not take interviews, a move that a watchdog group called “inappropriate” and counter to the public interest.