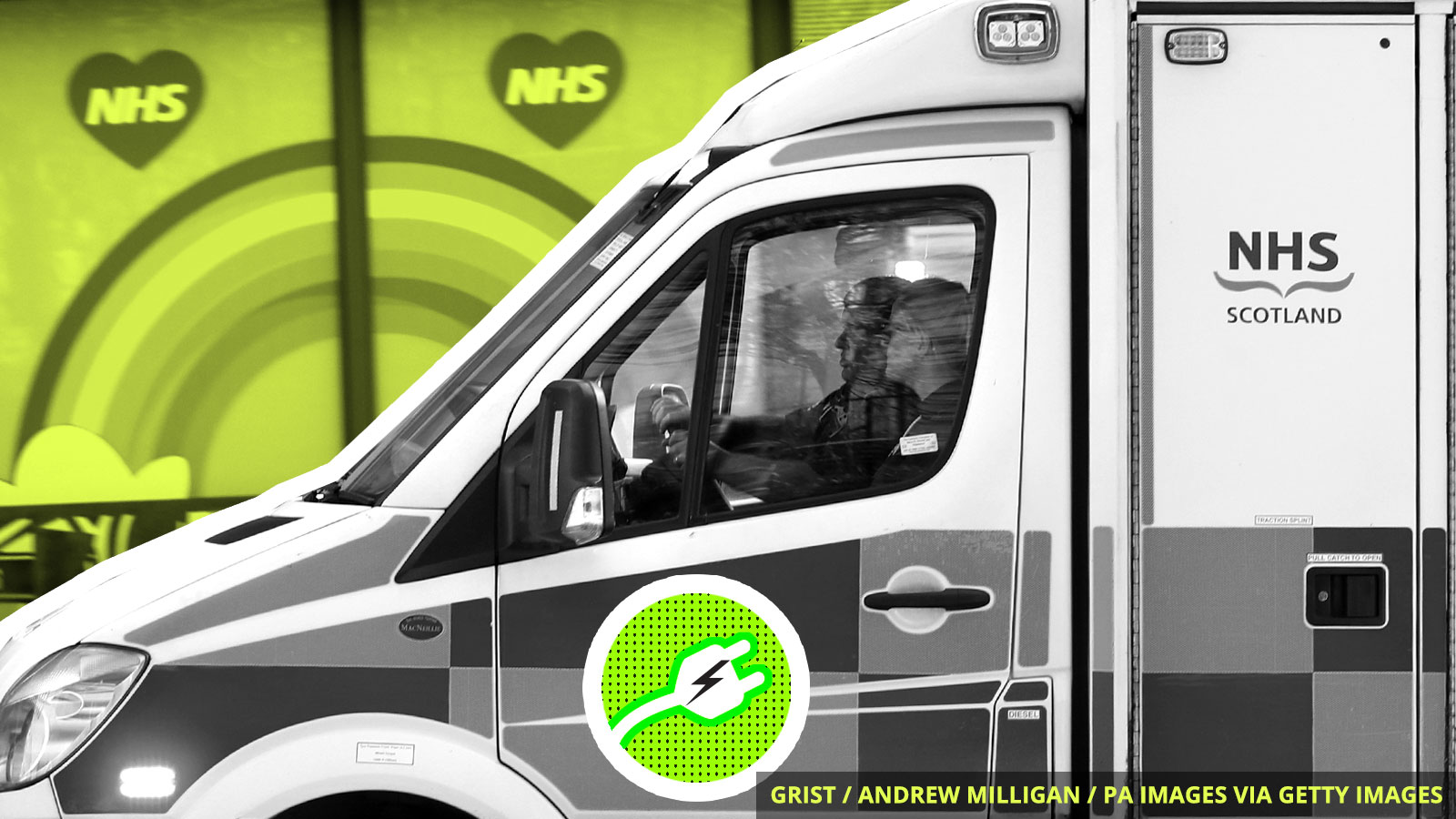 Keeping climate change in check is not a mandate that countries can fully tackle without the proactive participation of all of the companies, organizations, and institutions within them. That’s why it’s a big deal that England’s National Health Service (NHS), which announced that it was going to reduce its greenhouse gas emissions to net-zero back in January, has a new multi-year plan for how to get there.

From its ambulances to its buildings to its medical devices and medicines, the NHS is responsible for between 4 and 5 percent of England’s contribution to climate change. The new plan released last week sets several benchmarks for the agency: By 2032, it will reduce the emissions it has direct control over — for example, the heating and cooling of its buildings — by 80 percent. (It plans to eliminate the last 20 percent by 2040.) By 2039, the NHS will reduce emissions from its supply chains — like those produced by the companies that make medical devices and medicines — by 80 percent as well, ultimately aiming for net-zero on this front by 2045.

One of the most immediate steps will be to green the ambulance fleet: The NHS plans to develop and test the world’s first hydrogen-electric ambulance by 2022, with a goal of electrifying all its vehicles by 2032. Trickier emissions to cut will be the direct emissions from anesthetics like laughing gas and devices like inhalers.

Tropical Storm Delta, the 25th named storm of the ongoing Atlantic hurricane season, is approaching western Cuba and is expected to make landfall as a Category 2 hurricane between Florida and Louisiana on Friday. Meanwhile, on Mexico’s Yucatán Peninsula, Tropical Storm Gamma killed 6 people over the weekend.

The West Coast wildfire season has set a sobering new record: More than 4 million acres in California have burned so far this year. At least 8,200 different fires have resulted in apocalyptic orange skies, dangerous air quality, 31 deaths, and the destruction of about 8,400 buildings.

At least nine people were killed after torrential rain and flooding struck the border of Northern Italy and France on Friday. According to officials in Italy’s Piedmont region, a record 24.8 inches of rain fell during the downpour — more than half the region’s average annual rainfall.

NYC cleans up its garbage trucks