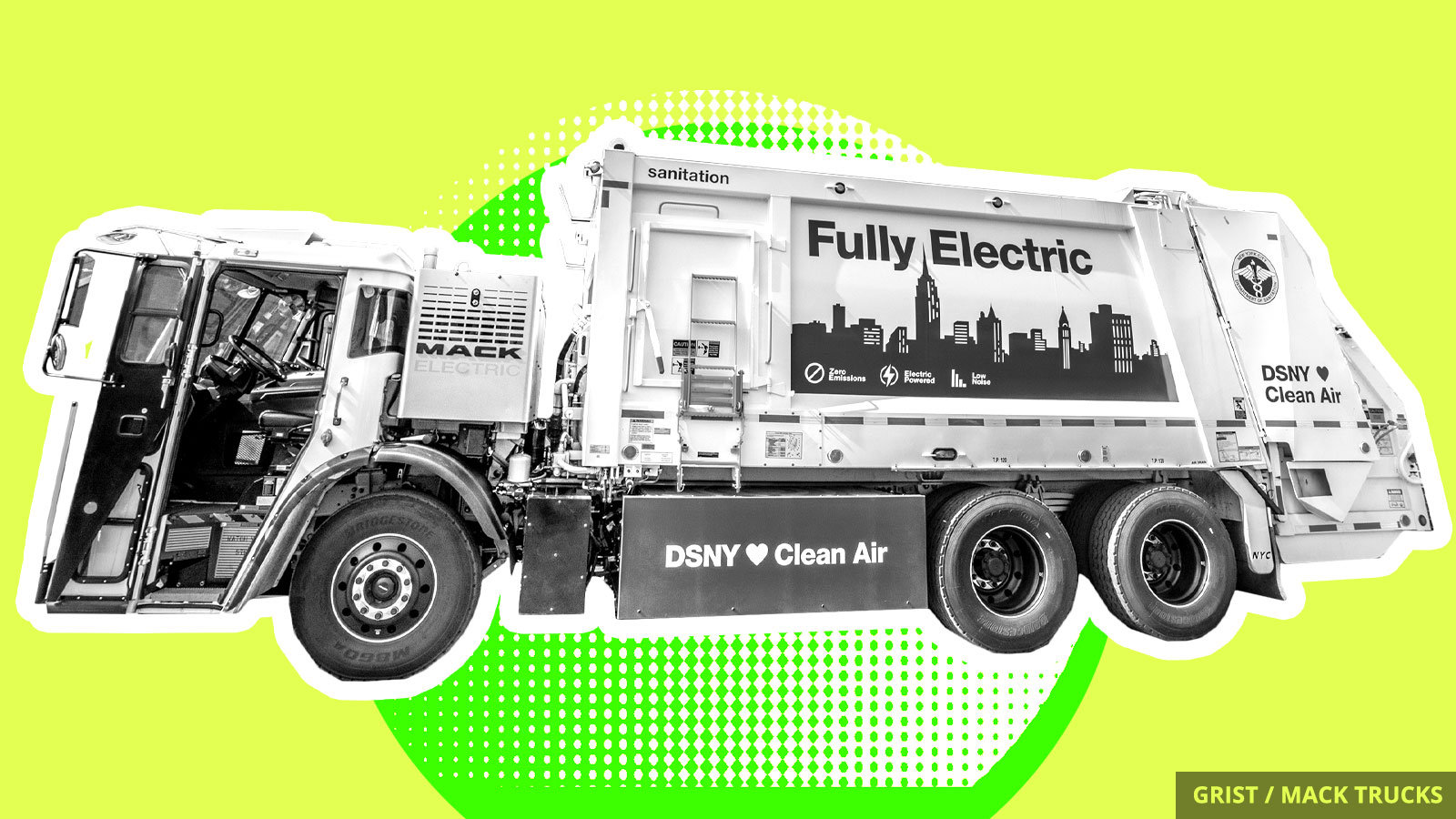 Have you ever been nestled in bed in the early hours of the morning, only to be jolted awake by the clanking and beeping of a massive, exhaust-spewing garbage truck? Me too, and it’s no fun. But what if that truck were quieter — and weren’t emitting those horrible fumes?

That’s the idea behind a new pilot project in New York City. The city’s Department of Sanitation is experimenting with a fully electric garbage truck, developed by Mack, which is currently cruising the streets of Brooklyn.

Electric garbage trucks may seem like small potatoes in the fight against climate change, but they’re actually a pretty big deal. The average trash-collecting truck averages just three miles per gallon of diesel fuel. That means it gobbles up around $42,000 in fuel costs in just a single year! Garbage trucks also stop and start a lot, which makes them prime candidates for electrification: Each time a truck slows down, regenerative braking can charge the battery.

There’s only one truck in the New York City fleet so far, but the city can immediately order more if the trial goes well. And it’s not just about saving money: Electric trucks would also cut down on choking air pollution. “This is an environmental justice issue and a quality-of-life issue,” said Joshua Goodman, a Department of Sanitation spokesperson.

On Thursday, the Environmental Protection Agency finalized a rule that will let large industrial facilities, like refineries, release more mercury, lead, and arsenic into the air, even though most of them have already installed pollution controls to limit such emissions. A former EPA administrator said the move would “undoubtedly increase carcinogens and other deadly pollution in our air.”

The Federal Emergency Management Agency lost track of almost 40 percent of food and water shipments to Puerto Rico after Hurricanes Irma and Maria in 2017, according to a report from the agency’s Office of Inspector General. The agency’s mismanagement led to shipments being delayed for months.

America’s most prestigious law firms are spending far more time undermining climate action than supporting it, according to an analysis by the advocacy group Law Students for Climate Accountability. Between 2015 and 2019, top firms worked on 10 times as many cases exacerbating climate change as cases mitigating it, according to the group. The firms also lobbied five times more often for fossil fuel companies than for renewable energy companies.

Cambridge divests and that’s not all