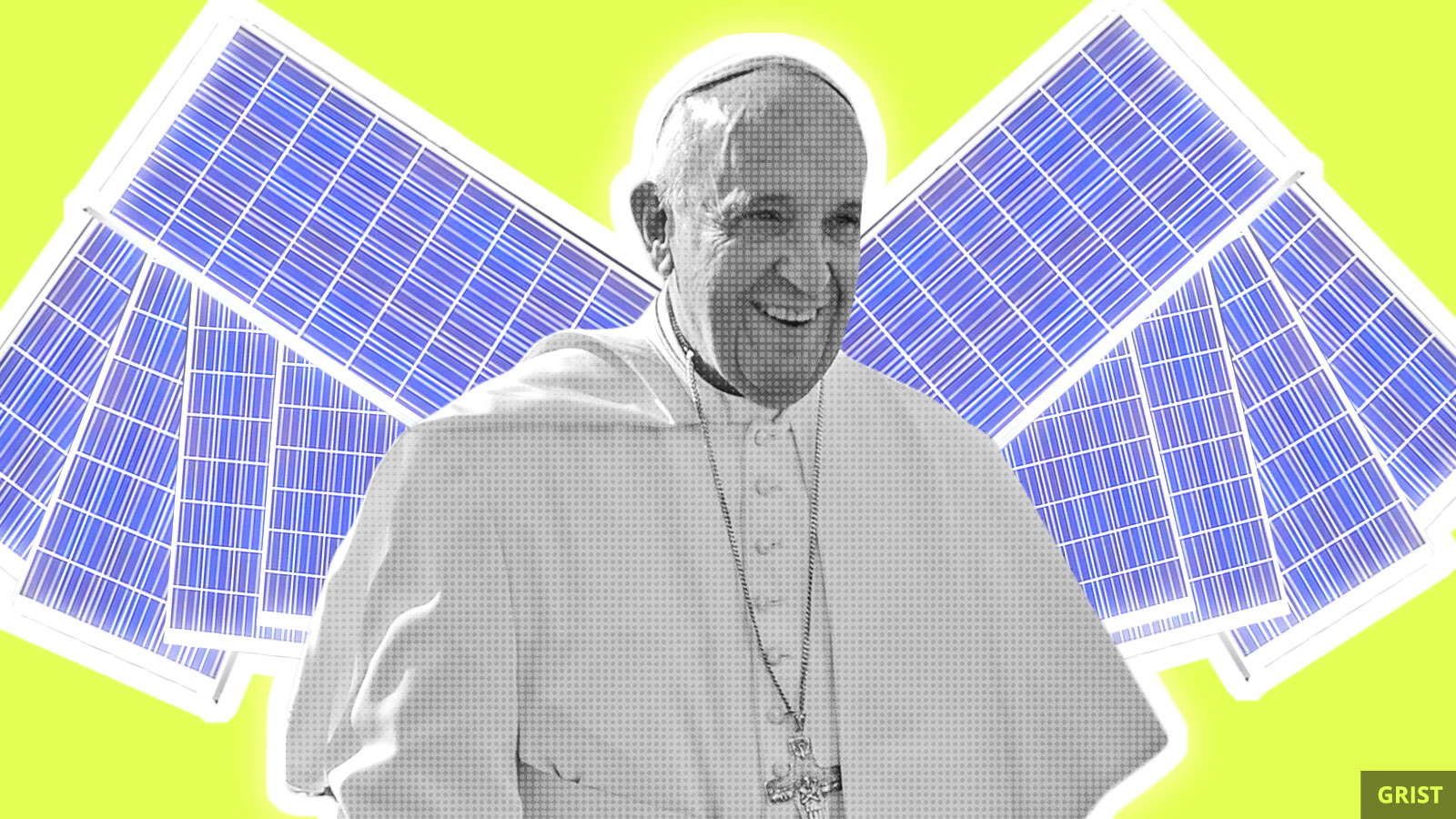 A five-acre plot in Washington D.C. will soon be home to 5,000 solar panels, making it the capital’s largest ground-based solar array to date. Its owner? The Catholic Church.

Catholic Charities, a nonprofit organization that helps churches across the country switch to solar energy, announced plans for the solar array earlier this month. The project is slated for completion early next year and is expected to produce 2.7 kilowatt-hours of electricity every year — roughly the amount used by 260 homes in the same amount of time.* All that electricity will go into the D.C. grid, earning Catholic Charities enough energy credits to cancel out the use of fossil fuels in 12 of its buildings throughout the District.

Catholic Charities was largely inspired by “Laudato Si,” Pope Francis’s 2015 encyclical, which argued for a partnership between science and religion to “care for our common home” and combat the climate crisis.

“We love being supportive of the pope’s position,” Mary Jane Morrow, chief financial officer of Catholic Charities, told the Washington Post. “It really has helped advance the conversation within the Catholic community about our responsibility to be good stewards of this earth.”

*Correction: This story initially stated that the 2-megawatt solar array would produce 2 megawatts of electricity per year, enough to power 370 homes. It has been updated.

More than half the country, from the Midwest to New England, was gripped in a sweltering heat wave this weekend made even more miserable by thousands of power outages. The high temperatures have caused at least six deaths. And although thunderstorms are on the way to break temperatures on the East Coast, AccuWeather has issued a warning about flash flooding, hail, severe winds and a even a tornado.

Jair Bolsonaro, Brazil’s far-right president, denounced his own government’s satellite data showing large-scale deforestation of the Amazon as “lies” during a meeting with foreign press on Friday. Bolsonaro went on to say that “the Amazon is ours” and argued Brazil can do whatever it wants with the rainforest, one of the world’s most important carbon sinks. Bolsonaro defended his plan to open up indigenous reserves in the Amazon to mining, saying “Indigenous people want to work… they live isolated in their areas like cavemen.”

Natural gas is contributing more to climate change than previously thought. Across the natural gas supply chain, small amounts of the potent greenhouse gas methane escape into the atmosphere before getting burned. These “fugitive leaks” are happening at twice the rate scientists had originally calculated, according to a new study.