It’s Wednesday, December 23, and the Federal Reserve is joining a network of green(er) banks. 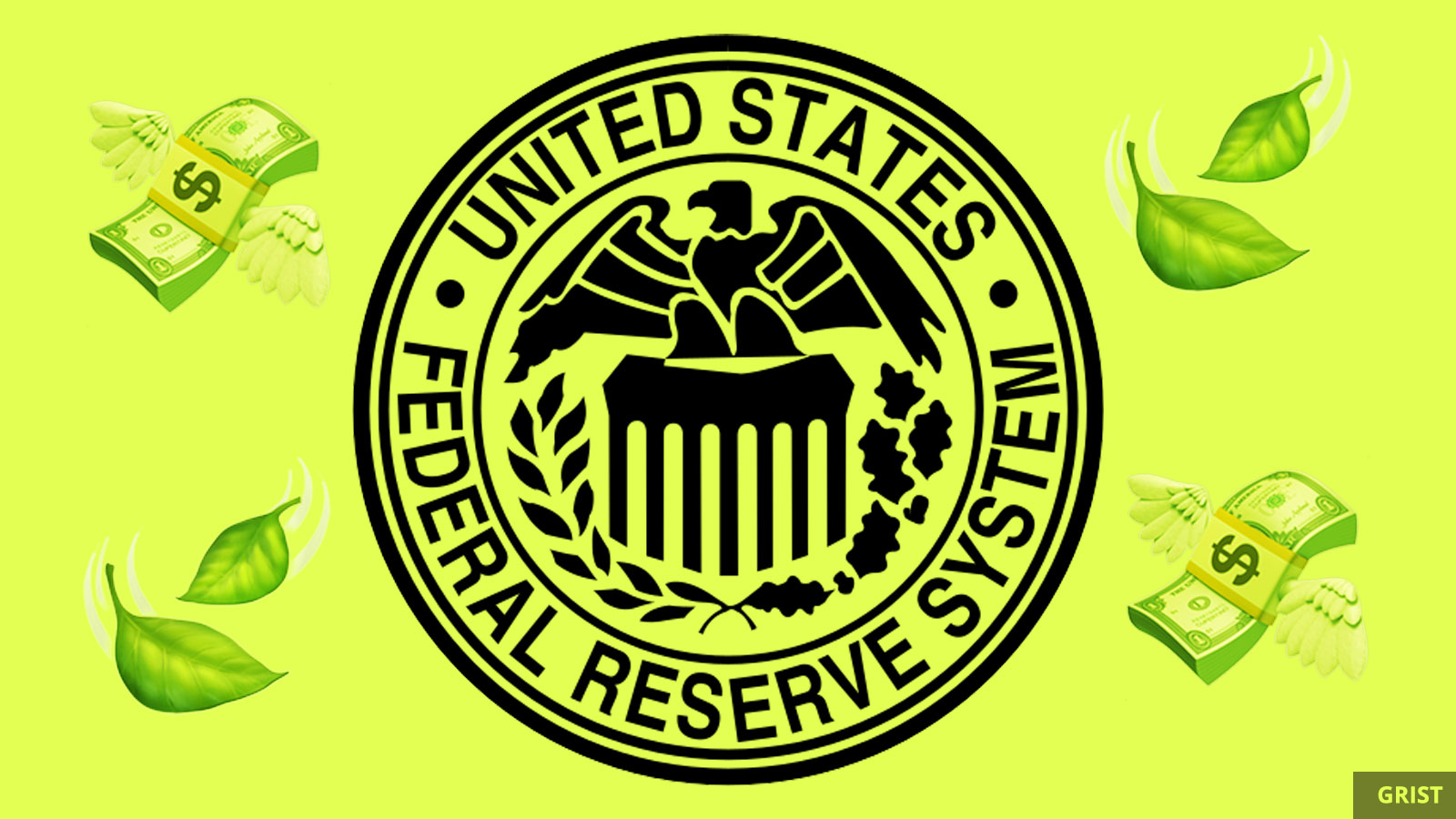 The Federal Reserve — America’s central bank, responsible for managing the nation’s money supply — announced last week that it has joined a network of institutions dedicated to preparing the financial system for climate change.

The move was a long time coming: The Fed had already been participating informally in the network for over a year. But Republican members of the House of Representatives had pushed back on the idea of joining officially, warning Fed Chair Jerome Powell that some of the network’s policies could have “harmful impacts” on Americans.

With the Fed on board, the Network of Central Banks and Supervisors for Greening the Financial System now has 83 members worldwide — including the central banks of England, China, and Australia. Many of those members have already begun preparing their banking systems for the adverse effects of climate change: The Bank of England, for example, is planning to run financial firms through climate “stress tests” to see how they will hold up under extreme weather events.

At a Senate hearing earlier this month, Powell emphasized to lawmakers that preparing for global warming is part of the Fed’s responsibility. “We see implications of climate change for the job that you’ve given us,” he said, “and that’s what we’re working on.”

Norway’s Supreme Court ruled 11 to 4 on Tuesday to allow exploratory oil drilling to continue in the country’s Arctic waters. The lawsuit from environmental groups invoked the country’s constitutional right to a clean environment, and the loss highlights that environmental protections only go so far under Norway’s current legal system.

Wildfires in the United States this year burned a total of 10.3 million acres, three times the size of Connecticut and a modern record, according to new data from the National Interagency Fire Center. 2020 was only the third time on record that wildfires have burned more than 10 million acres, and all three of those years have occurred since 2015.

The International Energy Agency’s annual coal report forecasts that despite significant declines in coal use as a result of the COVID-19 pandemic, there is “no immediate decline in sight” for coal-fired power demand. Analysts are projecting a 2.6 percent increase in demand for coal, the source of about 30 percent of global emissions, in 2021.

HAPPY HOLIDAYS FROM THE BEACON

A note for our readers: Starting tomorrow, the Beacon is going on winter break. You can expect us back in your inbox on Monday, January 4.

A coal giant comes tumbling down