It’s Tuesday, January 22, and South Carolina has temporarily blocked Trump from exploring drilling off its coast. 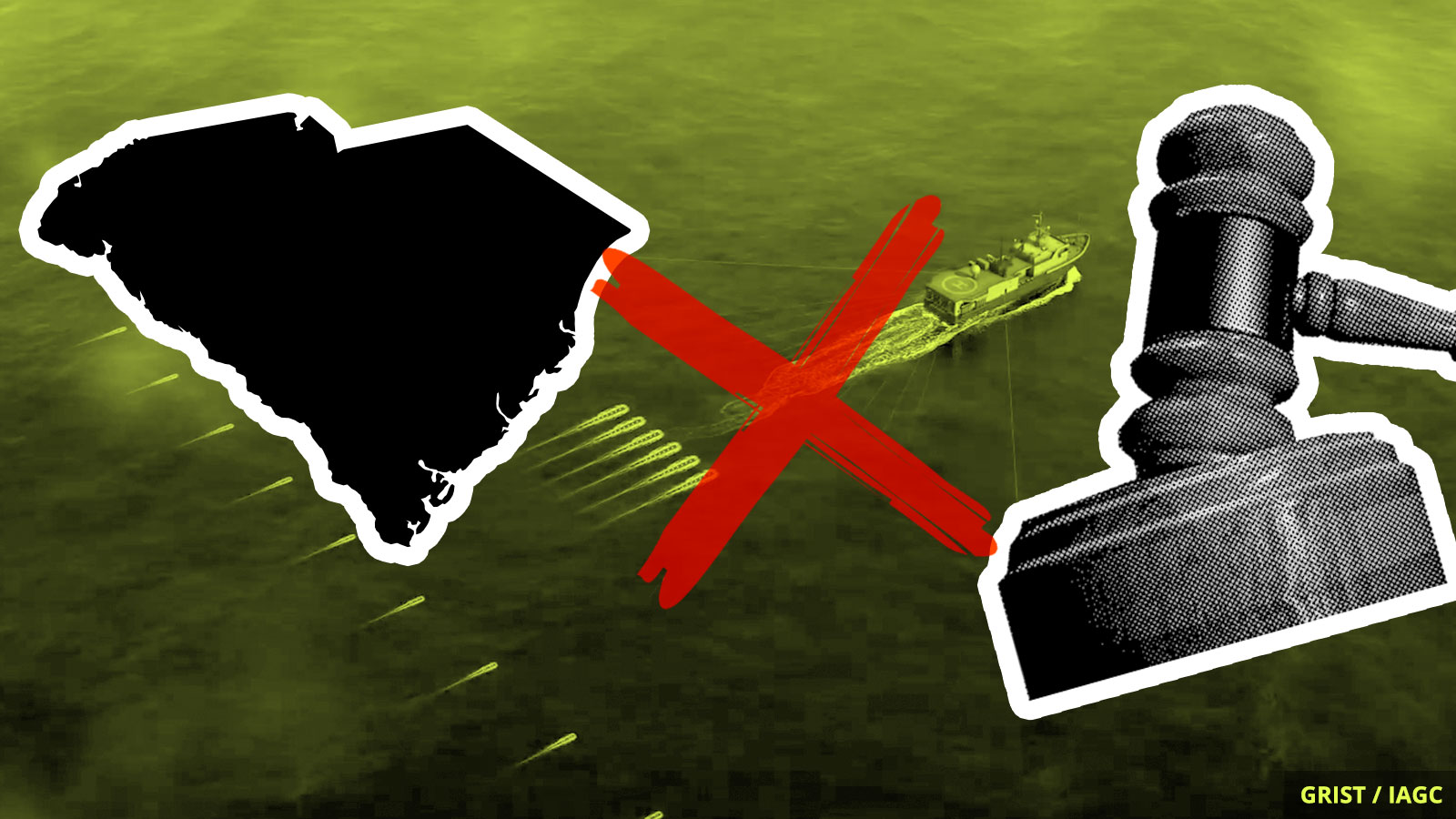 On Friday, a federal judge in the southeastern state barred the federal government from issuing permits for offshore seismic testing until the partial federal shutdown ends.

The ruling, issued by Judge Richard Gergel of the District Court for South Carolina, came in response to a motion filed by more than a dozen business, conservation groups, and coastal municipalities which oppose the administration’s efforts to expand U.S. offshore drilling.

Seismic testing, which involves loud, underwater airgun blasts, is used to search for offshore drilling sites on the ocean floor. But both seismic testing and the drilling it would usher in could imperil beaches and marine life.

The move deals a blow to the Trump administration’s energy agenda: Earlier this month, the administration vowed to further offshore drilling efforts by asking furloughed employees to return to work at the Bureau of Ocean Energy Management despite the fact the Interior Department — where the Bureau is housed — continues to be affected by the shutdown.

“The government was trying to have its cake and eat it, too,” said Laura Cantral, executive director of the South Carolina Coastal Conservation League. “We’re pleased the Court did not allow that to happen.”

The death toll from a ruptured gasoline pipeline, which exploded Friday in the rural district of Tlahuelilpan, Mexico, has now reached 94. The explosion occurred as 800 people had gathered to collect gasoline from a leak near a major refinery. Farmworker Gerardo Perez told Al Jazeera that people were driven to take the leaking oil due to the country’s gasoline shortage.

A new study, published Monday in the Proceedings of the Academy Sciences, found that Greenland’s ice is melting at four times the rate previously thought. The biggest loss is not from Greenland’s glaciers, but from its ice sheet, which lead author Michael Bevis said was reaching “a tipping point.”

The U.S. Department of Defense has released a new report on anticipated military needs due to the “effects of a changing climate,” but there are some serious omissions. For example, the Pentagon’s 22-page report fails to consider risks to Marine Corps bases, despite the fact that Camp Lejeune in North Carolina incurred $3.6 billion in damages due to Hurricanes Florence and Michael.

Top economists have a climate fix