It’s Friday, January 18, and some big league economists just came out in favor of a carbon tax. 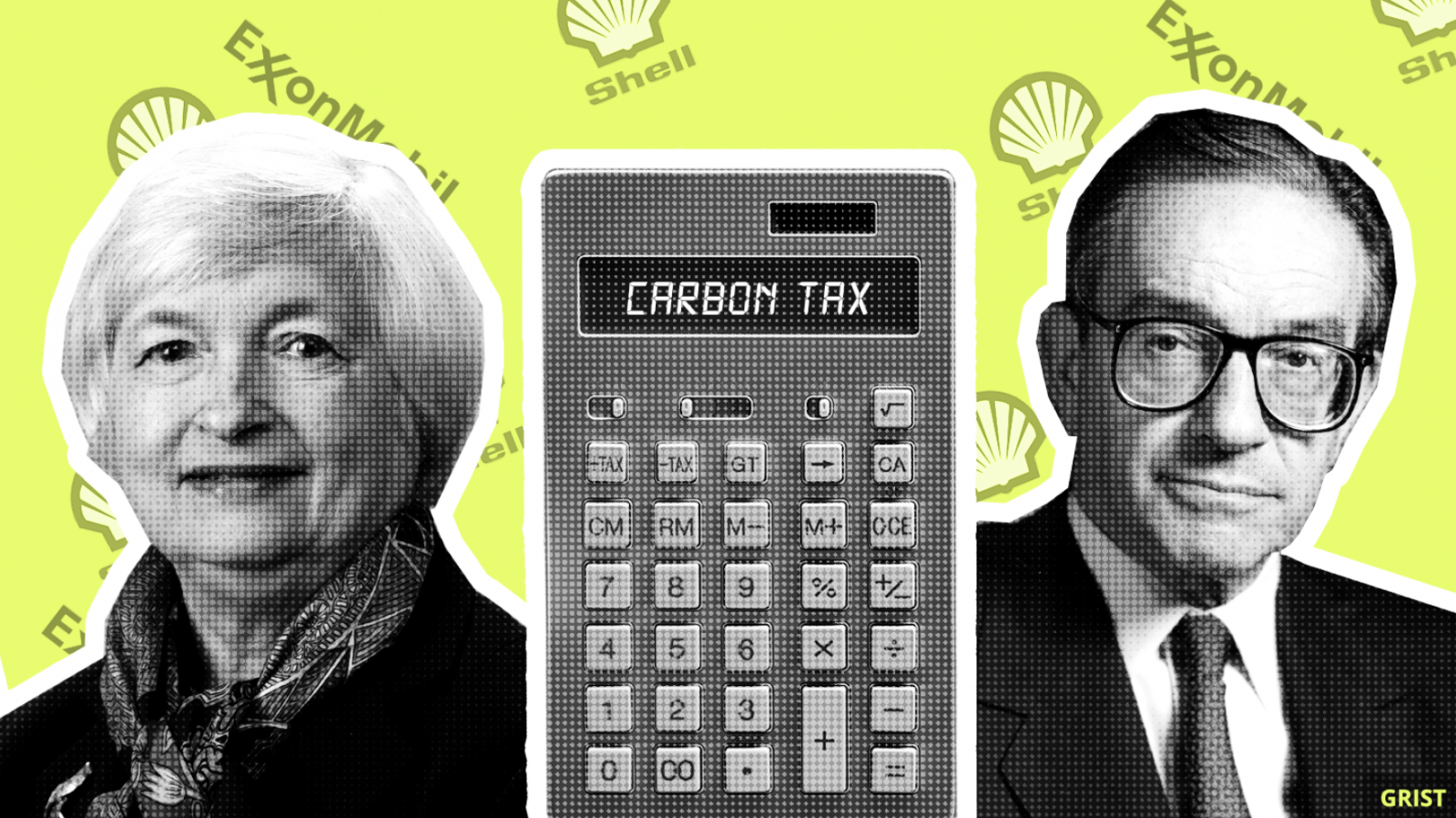 A group of 45 big-shot economists — including some who served both Democrat and Republican presidents — penned an op-ed for the Wall Street Journal this week voicing support for precisely this kind of tax. The roster includes the last four chairs of the Federal Reserve: Janet Yellen, Ben Bernanke, Alan Greenspan, and Paul Volcker, along with multiple Nobel Prize winners. One reason this bunch can get behind it (besides the expected economic reasons) is because some Republicans have gotten behind it, too.

If it sounds too good to be true, get this: While the tax would squeeze Big Oil’s profits, it would let them off the hook in other ways. This push is tied to the proposed tax advocated by the Climate Leadership Council (their website is linked at the bottom of the op-ed), which would roll back environmental regulations in exchange for the pollution price. That proposal would also shield fossil-fuel companies from liability lawsuits that seek to hold them responsible for damage caused by climate change.

Is the proposal perfect? No. Is it heartening that these economic big-hitters are in our climate corner? Def.

The federal government shutdown has dragged on for 28 days now, suspending vital services that keep the country running. The latest example: The shutdown is delaying recovery efforts in Paradise, California, a town burned down by wildfires last November. Paradise is waiting for $750,000 in disaster grants from a largely closed bureau within the U.S. Department of Commerce.

Looking to pay off a $1.4 billion debt, a Colorado coal company is now cutting health insurance and freezing pensions for retirees. Westmoreland Coal Co., one of many mining companies to go bankrupt recently, has also proposed abolishing union contracts in an effort to pay off its debts.

Meanwhile, coal-fired power plants are leaching toxic pollutants into the groundwater in Texas. A report from the Environmental Integrity Project analyzed on-site groundwater monitoring data and found hazardous levels of poisons like arsenic, boron, cobalt, and lithium that in some cases far exceeded federal safety benchmarks.

Climate skeptics are starting to come around