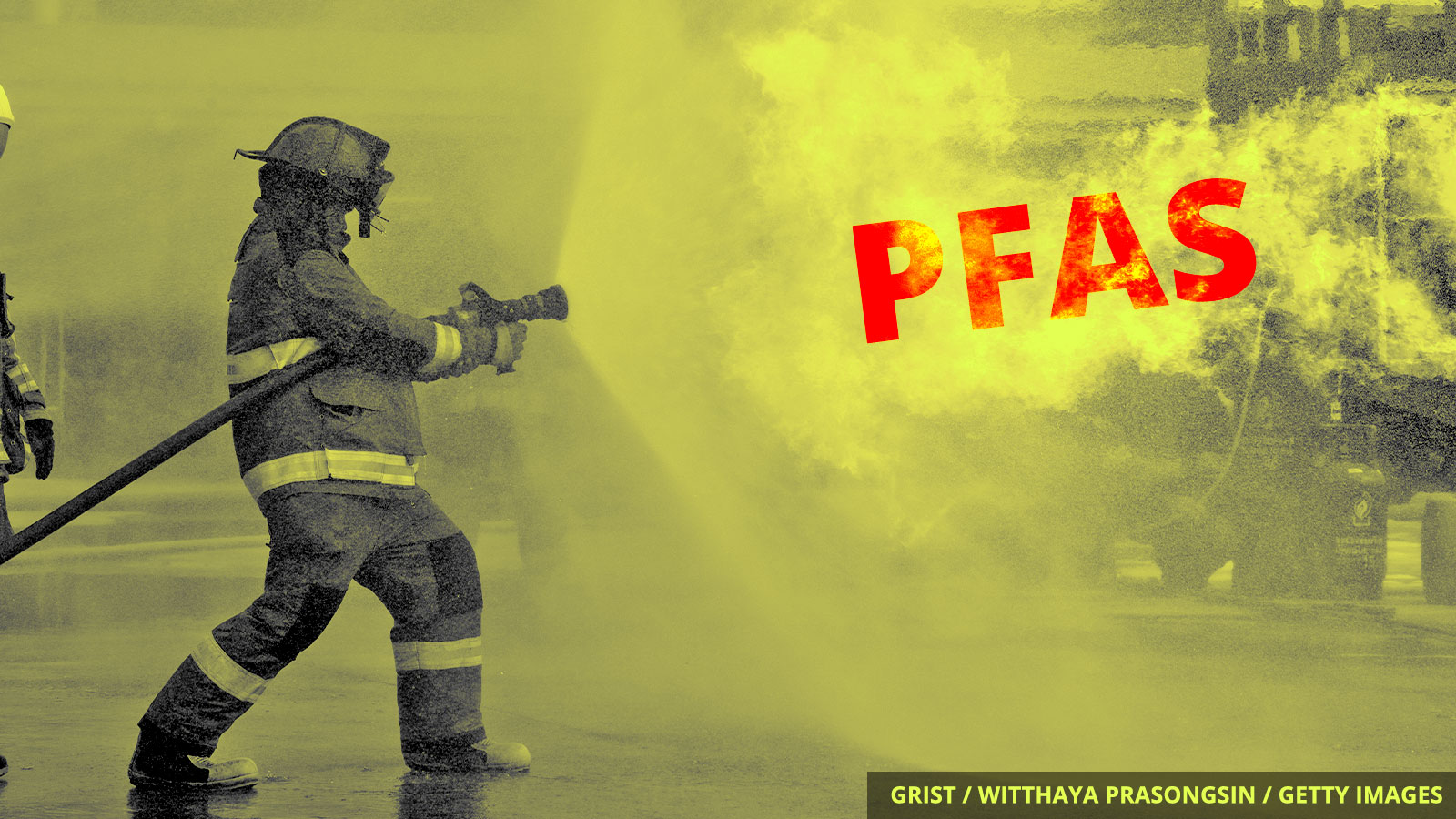 The nation’s largest firefighters’ union voted overwhelmingly last week to cut financial ties and end sponsorships with protective gear manufacturers that use per- and polyfluoroalkyl substances, also known as PFAS or “forever chemicals.” The union fears the substances are increasing cancer rates among firefighters.

PFAS are a group of chemicals linked to a range of adverse health effects, including high cholesterol levels, increased cancer rates, and low birth weights. They are used in a wide variety of products, including the fire-suppressing foams and protective clothing used by firefighters. Previous studies have shown that firefighters are at greater risk of both getting and dying from cancer than the general U.S. population.

The union’s resolution comes on the heels of a December lawsuit filed against manufacturers of firefighting equipment by a group of firefighters who were diagnosed with cancer and found to have had elevated blood levels of PFAS. Currently, firefighters have no choice but to wear protective equipment with PFAS, as there are no alternatives on the market.

“Something’s not adding up within the industry itself,” Ron Glass, a local union president in Orlando, told Bloomberg Law. “[W]hen you have five young firefighters that all come down with the same type of cancer over a five-year period, then there’s an issue out there. And I think we have an obligation as a union to study this.”

Former President Donald Trump’s environmental rollbacks and gutting of workplace protections led to 22,000 deaths in 2019 alone, a new report says. Trump’s rolling back of 84 environmental regulations affected everything from scientific research to greenhouse gas emissions to air pollution. The 33 co-authors of the study say a rise in airborne particulate matter was the primary cause of the excess deaths.

One of America’s biggest nuclear labs is taking insufficient precautions to protect itself from wildfires. The U.S. Energy Department’s inspector general says the lab in Los Alamos, New Mexico, the birthplace of the atomic bomb, has failed to regularly cut back vegetation along power lines and take other measures to combat the likelihood of devastating fires. In 2000, some lab buildings were destroyed and tens of thousands of barrels of radioactive waste stored at the facility were threatened by a fire that ripped through the community for 2 weeks.

Two planned factories that will supply Ford and Volkswagen with batteries for their U.S. electric vehicle models are under threat after a federal commission ruled against the Korean battery producer SK Innovation. The company has been accused of stealing trade secrets from one of its rivals, LG Chem.