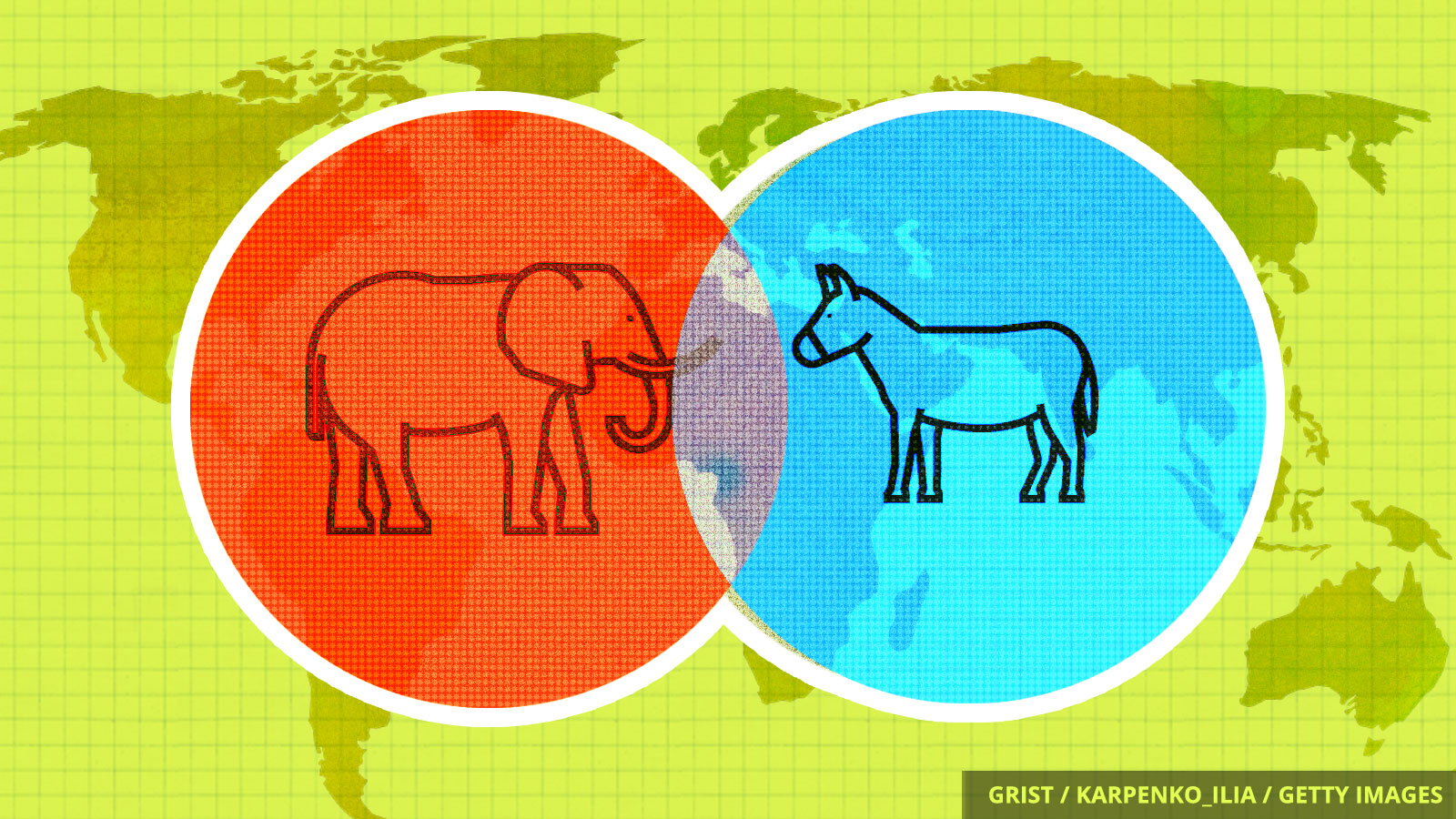 When it comes to the issue of climate change, young Republicans and young Democrats might as well be in the same party. Recent surveys suggest that Gen Z and millennial Republicans care about the climate much more than their older counterparts — and, get this, maybe as much as their peers across the aisle.

According to a recent Newsy-Ipsos poll, any red-vs.-blue difference “virtually disappears” when you look at the 18–38 set. Seventy-six percent of Democrats in that age range know that humans are causing climate change — and some 77 (!) percent of Republicans agree. A surprising 59 percent of millennial and Generation Z Republicans support the Green New Deal, a non-binding resolution for sweeping climate policy built on progressive principles. The consensus among young folks is especially striking next to the deep rift in opinion among their elders: only 51 percent of Republicans age 39 and above agreed climate change is a serious threat, compared with 95 percent of Democrats.

This budding concern for the environment is making some GOP strategists realize there is a political constituency eager to talk about climate change. “We’re definitely sending a message to younger voters that we don’t care about things that are very important to them,” Douglas Heye, a former communications director at the Republican National Committee, told the New York Times last month. “This spells certain doom in the long term if there isn’t a plan to admit reality and have legislative prescriptions for it.”

Hurricane Dorian is a hurricane no more. After making one last landfall in Nova Scotia, the unusually long-lasting storm has finally passed out to sea. Dorian leaves behind a death toll of at least 45 people in the Bahamas, with thousands still unaccounted for and roughly 70,000 Bahamians now homeless. Oh, and there’s an oil spill on Grand Bahama.

More than 1,500 people died this summer in France as a result of the record heat waves, the country’s health minister announced Sunday. The heat waves lasted for 18 days, including a day in July when the mercury soared to 108 degrees Fahrenheit in Paris.

There are 177 natural gas power plants currently being planned or under construction in the U.S., a USA Today analysis found. Clean power advocates say that’s not a good thing, as natural gas electricity will certainly produce more emissions and likely be more expensive than energy generated by renewables.“If we are to prevent runaway climate change, these new plants can’t be built,” said Michael Brune, president of the Sierra Club.