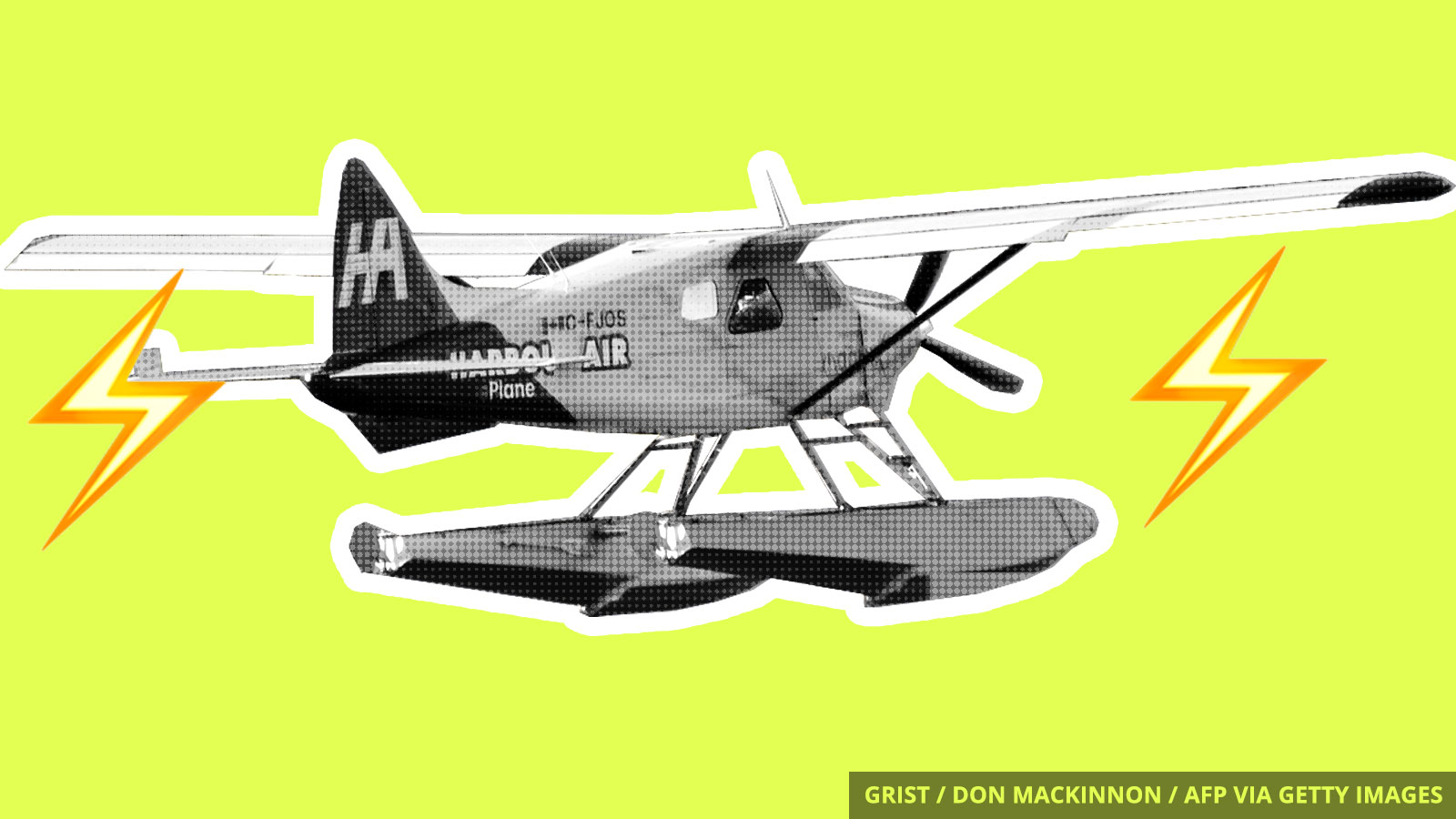 If you’re feeling down about your carbon footprint from all the flying you’re planning this holiday season, then here’s some news to make you feel better. The world’s first fully electric commercial airplane took its maiden voyage in Vancouver, Canada on Wednesday. The canary-yellow seaplane left its nest at the Vancouver airport and soared up and down the Fraser River for about fifteen minutes.

The six-passenger plane was powered by an electric engine designed by the engineering firm magniX, headquartered in Redmond, Washington. The company’s chief executive said the plane could fly for about 100 miles on each charge of its lithium-ion battery, which is far enough for most of the flights offered by Harbour Air, the Canadian airline that owns the plane. Harbour Air specializes in ferrying travelers between the Vancouver airport and the nearby Whistler ski resort, as well as neighboring islands. Harbour aims to eventually electrify its entire fleet, but first the e-plane must be tested for safety and reliability, and its electric motor will have to be approved by regulators, which could take about two years.

Earlier this year, the International Council on Clean Transportation found that global emissions from commercial flights were growing much faster than previously reported. Although long-distance e-flights are still out of reach, there’s new hope that flygskam, the viral Swedish term for “flight shame,” won’t be a permanent part of your vocabulary.

The Greenland ice sheet is now melting seven times faster than it was in the 1990s, according to an analysis from scores of scientists. Four trillion tons of ice from Greenland have drained into the ocean since 1992, raising global sea levels and putting an additional 6 million people at risk of seasonal flooding.

Ten leading investor-owned electric utility companies gave more than $1 billion in charitable donations over the last six years, but not out of the goodness of their hearts. According to a new report by the Energy and Policy Institute, a watchdog organization, the utilities used the donations to manipulate policy and regulations in order to increase their profits, often at the expense of vulnerable communities.

A Guardian and MLive investigation found that executives at the utility company providing water to Flint, Michigan, knew about the lead in the water for months before the public found out. Veolia North America said it warned Flint’s mayor about the possibility of lead contamination in March 2015, but city officials didn’t tell residents until September of that year.