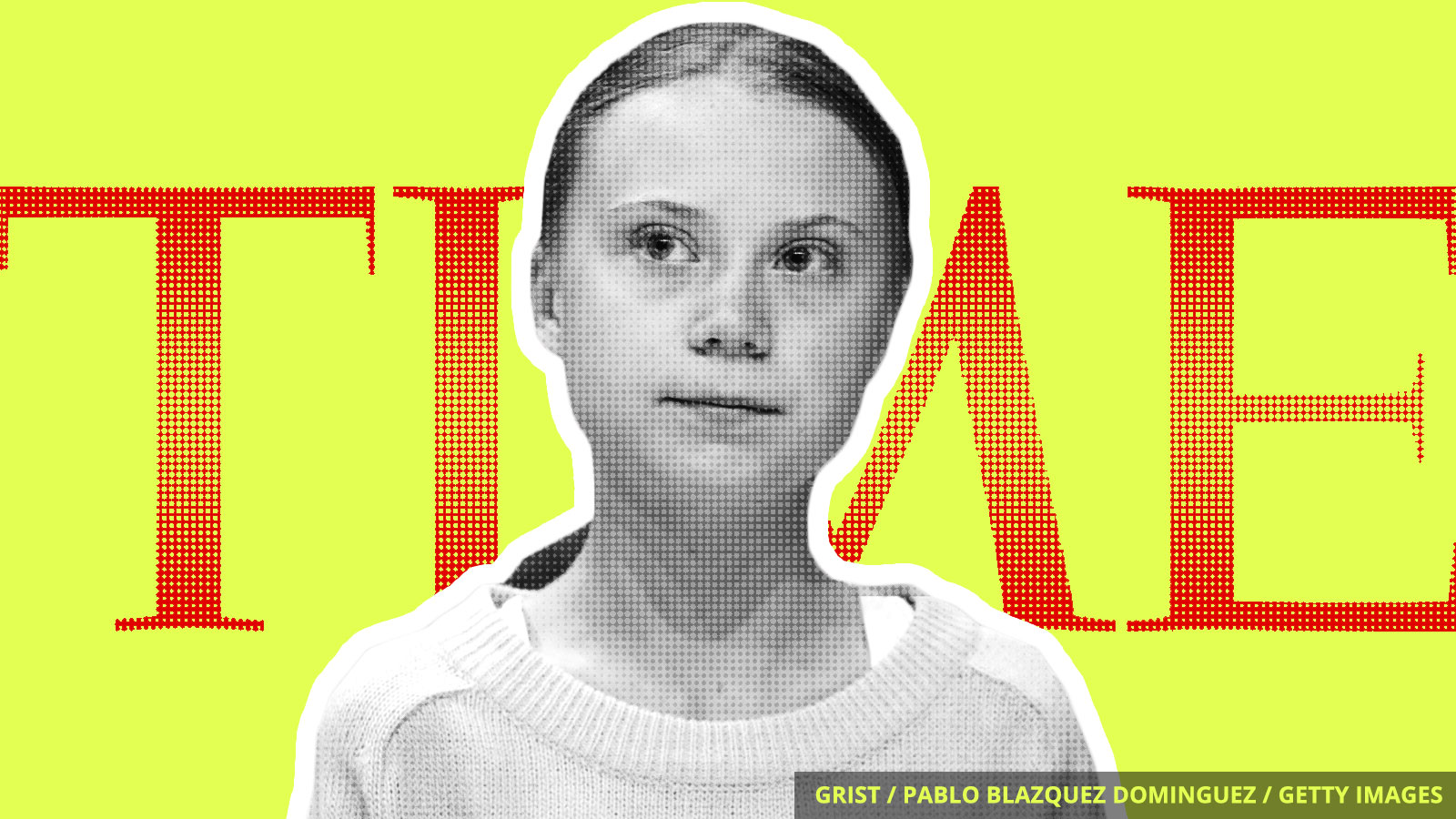 A year and a half ago, the world had no idea who Greta Thunberg was. In August 2018, the teen sat alone on the sidewalk outside the Swedish Parliament with a sign that said, “School strike for climate.” She continued to sit there every Friday, simply asking that her country adhere to the Paris Agreement.

Then last December, Thunberg stole the spotlight at the 24th United Nations Climate Change Conference in Poland, where she shamed world leaders for inaction on climate change. In the year since, she’s been in the headlines almost weekly: She traversed the Atlantic via solar-powered yacht (twice!) to attend major climate conferences, launched zingers at powerful politicians at pretty much every public appearance (zingers that were then immortalized in pop music and club hits), was nominated for the Nobel Peace Prize, and inspired millions of students all over the world to strike with her. It’s no wonder Time magazine has just named her its youngest-ever Person of the Year.

Thunberg has become the leading voice in the international youth climate movement, though she often tries to deflect attention to other young leaders doing the work. In a tweet about her Time magazine cover, she wrote, “I share this great honour with everyone in the #FridaysForFuture movement and climate activists everywhere.”

The international recognition, high praise, and awards lavished on Thunberg this year are bittersweet. She may have turned up the pressure on politicians, but the serious climate policy she’s asking for remains to materialize. “The changes required are still nowhere in sight,” she declared at this year’s U.N. Climate Change Conference in Madrid on Wednesday.

The 2019 Arctic Report Card came out yesterday, and it’s not one we’re gonna want to show our parents. The National Oceanic and Atmospheric Administration’s annual report found that the Arctic may have crossed a long-feared tipping point as warmer temperatures thaw permafrost, releasing the carbon stored within. That could mean that the region has already been transformed into a net-emitter of greenhouse gases.

More news from the Arctic: Rising temperatures are making the jetstream wobble, which messes with weather patterns in other parts of the globe. Two new studies found that climate change is increasing the likelihood of heat waves and droughts occurring in multiple food-producing regions at the same time, threatening the world’s food supply.

The financial tides haven’t turned against fossil fuel companies just yet — after a strong public trading debut Wednesday in the Saudi stock exchange, Saudi Aramco is currently worth around $1.87 trillion, making it the world’s most valuable public company. With at least $25.6 billion in profits, the oil company’s launch is expected to be the largest IPO ever.