It’s Tuesday, November 12, and Fukushima is getting a green makeover. 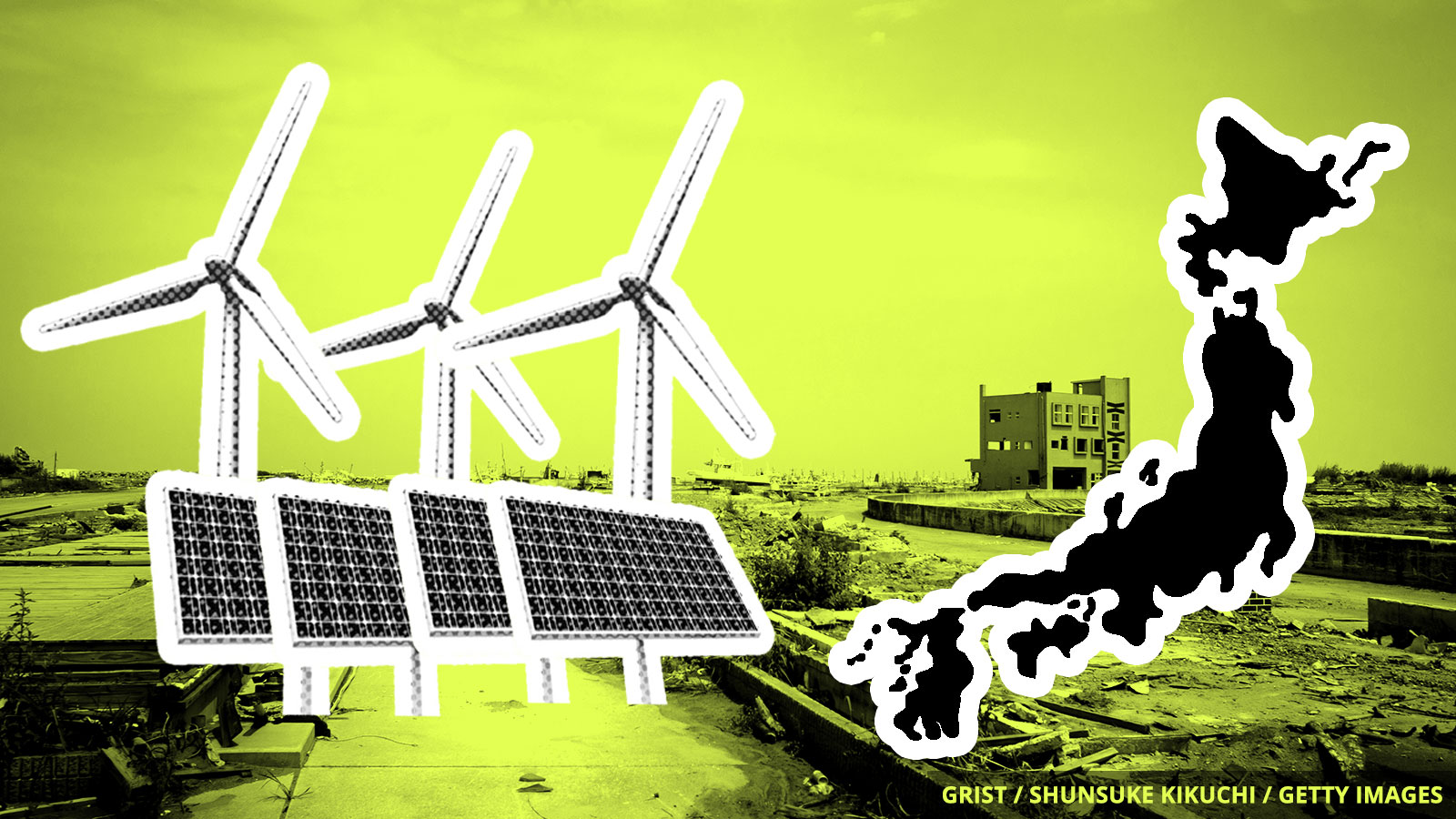 It’s been more than eight years since an earthquake in Japan, closely followed by a tsunami, caused the Fukushima Daiichi nuclear disaster. Much of the area surrounding the power plant has remained uninhabited since the meltdown, the worst nuclear disaster since the Chernobyl crisis in 1986. Now, as cleanup of the disabled plant continues, Fukushima is getting a major makeover.

This week, Japanese officials announced plans to build a new $2.7 billion green energy project on contaminated and abandoned land in Fukushima prefecture. The region will get 11 solar plants and 10 wind farms, generating 600 megawatts of electricity. That’s approximately two-thirds of the energy output supplied by a nuclear power plant.

The plan also includes a 50-mile-wide electricity grid, which would funnel clean energy from the plants in Fukushima to the city of Tokyo. The project, bankrolled by the government-owned Development Bank of Japan, Mizuho Bank, and others, is expected to wrap up in March 2024. It’s part of Fukushima’s larger game plan of going 100 percent renewable by 2040.

The EPA is planning to refuse to accept conclusions from scientific studies unless their authors submit all of their raw data to the agency. Since many public health studies use confidential medical records, the proposal would make it harder to submit scientific evidence supporting clean air and water rules.

A study looking at the past 100 years of U.S. hurricanes found that the biggest, most destructive storms are happening three times more often than they were at the turn of the 20th century. In just in the last 16 years, the country has seen eight storms that damaged an area larger than 460 square miles.

Don Blankenship, the former coal executive who went to prison after an explosion killed 29 workers in one of his West Virginia coal mines, is … running for president? Blankenship is billing himself as Trump 2.0 — promising to “flush the swamp” and get more done than Trump, who he claims is too busy “tripping over his ego.”

The Fed is banking on climate change