It’s Friday, January 3, and a German railway company is trying to get all aboard. 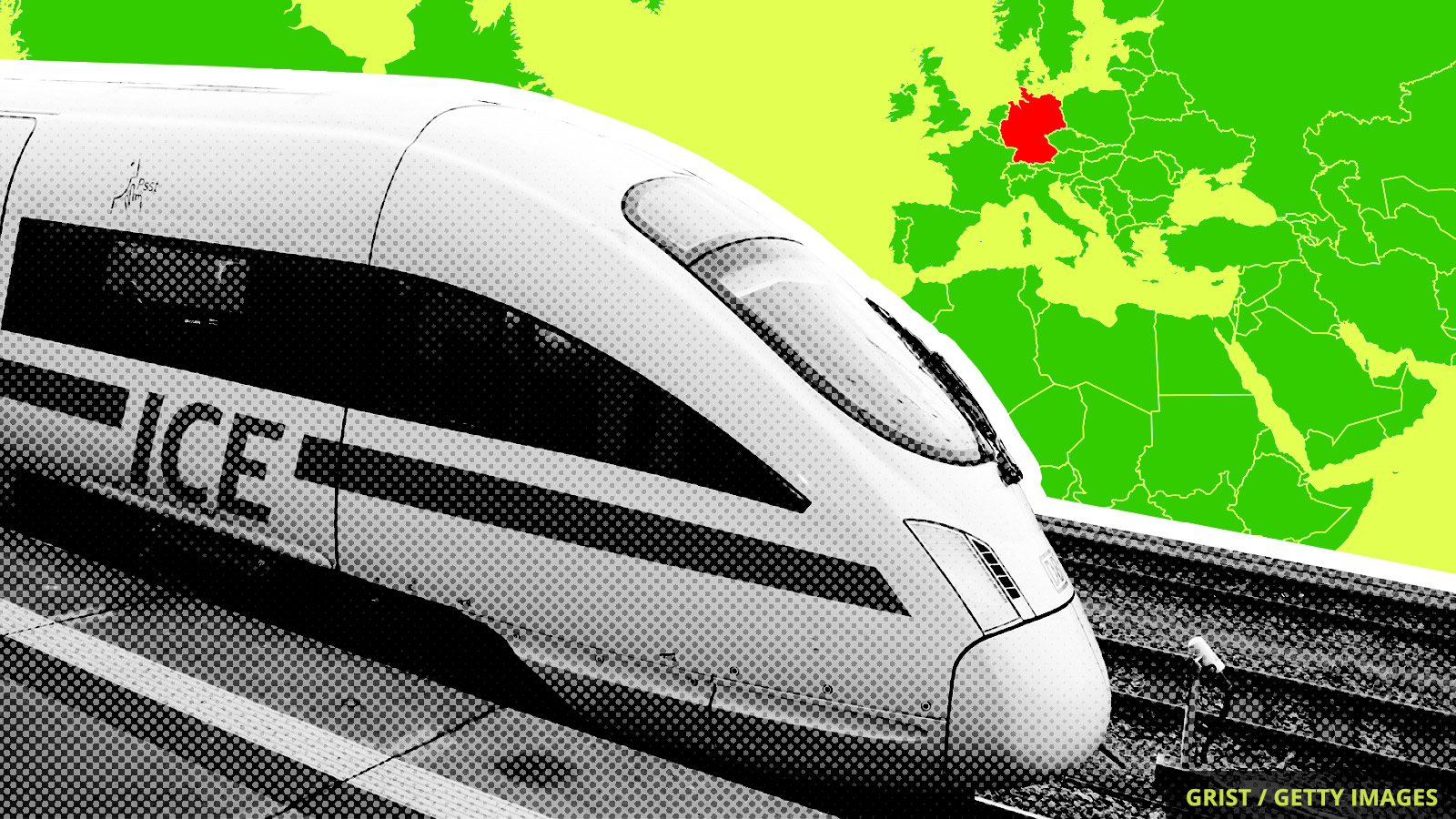 Germany knows climate change is the “wurst.” That’s why Deutsche Bahn, the largest railway operator in Europe, is slashing its long-distance rail fares.

Starting this year, folks traveling more than 31 miles on the company’s Intercity Express trains can expect to pay 10 percent less for their tickets. Deutsche Bahn has also reduced the prices on special offers and made it easier for commuters to bring their bicycles aboard.

Deutsche Bahn’s price cuts are a trickle-down effect from the German government cutting its consumption tax on rail travel from 19 percent to just 7 percent. The goal of the tax cut, part of a larger package of climate protection measures passed last year, is to encourage more people to take the train instead of driving or flying.

Deutsche Bahn says the price reductions could attract 5 million more passengers each year. But some German politicians want the largely state-owned rail company to go even further. The head of the Left party has proposed giving every German citizen a free Bahncard 50, a rewards card that entitles passengers to up to 50 percent off tickets and currently costs $284. That would be a danke deal, if it happens.

Under President Trump, the EPA has built up the biggest backlog of unfunded Superfund clean-up projects in 15 years. A total of 34 toxic Superfund sites lay untouched in 2019 due to lack of funding — nearly three times the number during the Obama administration.

Amazon has threatened to fire two of its employees for speaking to the media about the company’s contributions to climate change. The pair authored a public statement criticizing the e-commerce and technology giant in October after it said it would continue to work with fossil fuel companies.

The Australian state of New South Wales has declared its third state of emergency this fire season, and experts say the blazes are only going to become more dangerous this weekend. The state’s Rural Fire Service issued a fire spread prediction map that shows the flames expanding drastically on Saturday.