It’s Monday, January 6, and climate change was in the spotlight at the Golden Globes. 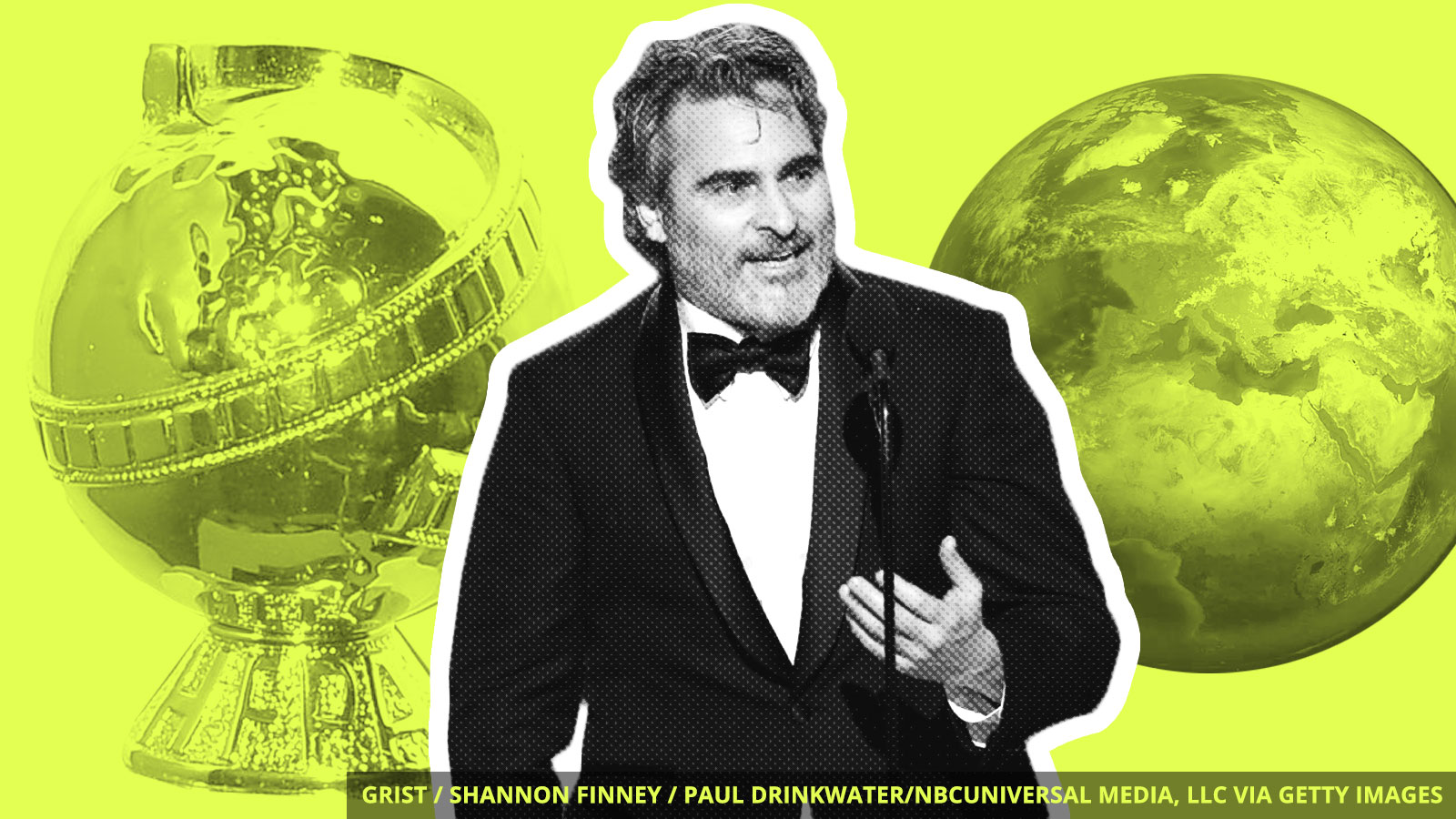 TV shows like Fleabag and movies like Once Upon a Time in Hollywood won awards last night at the 77th annual Golden Globes. But guess what got the award for biggest existential threat on a limited timeline — err — series? Climate change.

Multiple actors and writers used their few moments on stage to plug action on climate change and voice support for Australians facing devastating wildfires. Honoree Russell Crowe skipped the ceremony because he was home facing the fires but sent a statement to be read. “Make no mistake,” Crowe said in his statement. “The tragedy unfolding in Australia is climate change based.”

Patricia Arquette, who nabbed best supporting actress in a series for The Act, begged viewers to vote in 2020, so as to avoid disasters like the one unfolding in Australia. Another Aussie, Cate Blanchett, said, “When one country faces a climate disaster, we all face a climate disaster, so we’re in it together.”

In an expletive-laced speech, Joaquin Phoenix, who picked up a best actor accolade for Joker, urged his fellow celebrities to make sacrifices. “We don’t have to take private jets to Palm Springs for the awards,” he said.

The Golden Globe Awards themselves got a little greener this year. Celebs were served an all-vegan menu for the first time in the history of the Golden Globes. The Hollywood Foreign Press Association also decided to restrict single-use plastics, serve water in glass bottles, and “upcycle” (reuse) the ceremony’s red carpet.

The Trump administration is expected to announce new regulations this week that would overhaul the environmental review process for pipelines, highways, and other oil and gas infrastructure projects. Under the proposed overhaul, federal agencies would no longer take the effects of climate change into account when making decisions about infrastructure projects.

Indonesia’s capital city, Jakarta, has been pummeled with torrential rain, flooding, and landslides since New Year’s Eve, forcing thousands of residents to flee their homes. As of Monday, the death toll was 66, with more than 170,000 displaced from their homes.

Wildfires have now ravaged nearly 20 million acres of land across Australia, destroying thousands of homes and buildings and killing 25 people at last count. Although some rain fell in the southeast part of the country over the weekend, officials say that temperatures are set to rise later this week and that large fires could combine into a “mega blaze.”

Germans bahn together against climate change