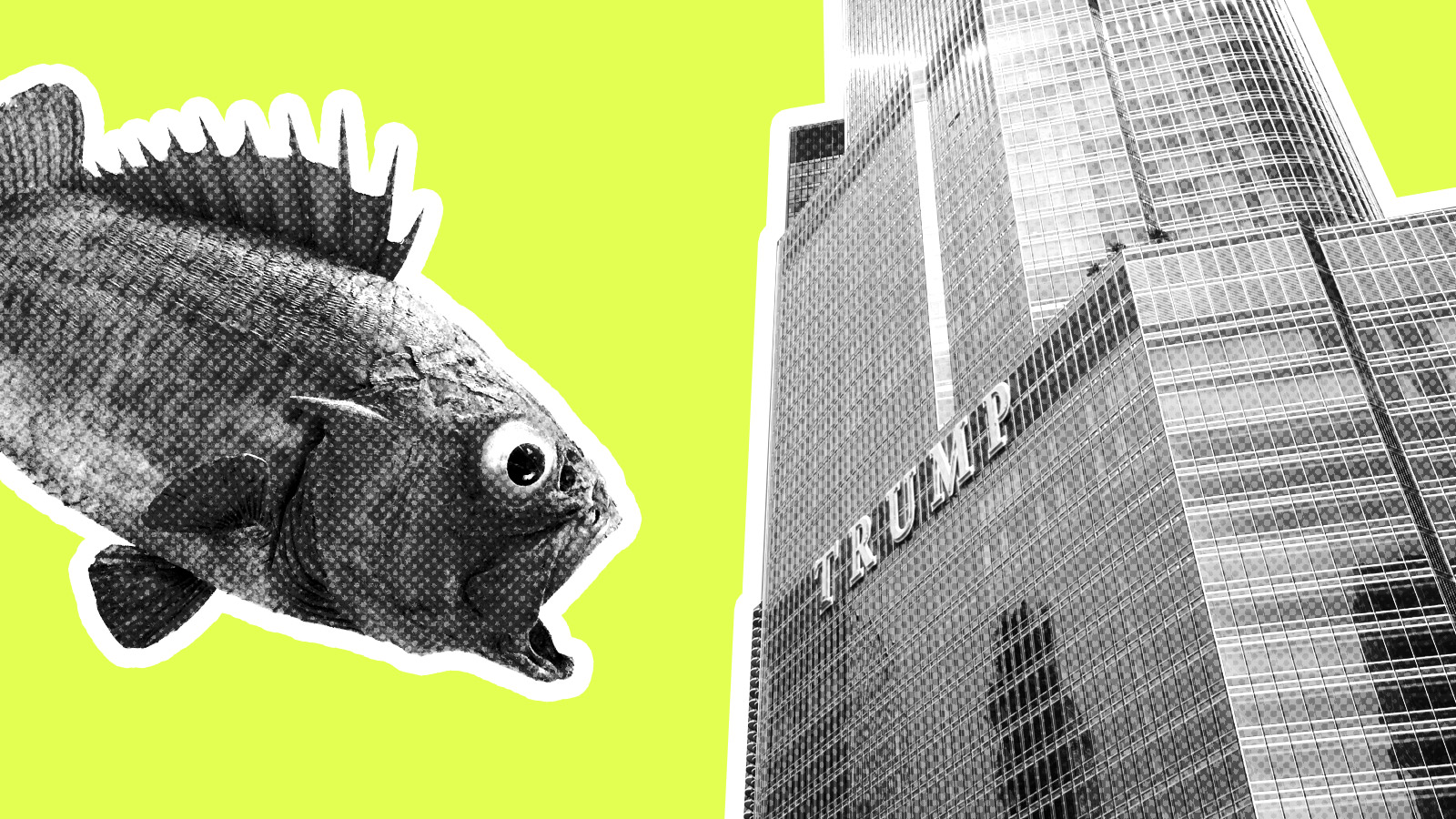 Big buildings along the Chicago River are allowed to suck in huge amounts of water to keep their internal systems cool, but they kill a lot of fish in the process. (The fish get stuck on intake screens or poached by warm water). There are federal and state regulations in place to make sure those buildings kill the fewest fish possible. But one luxury hotel has neglected those rules. Can ya guess which one?!

Trump International Hotel and Tower has been sucking up almost 20 million gallons of water from the Chicago river per day — but the 10-year-old building hasn’t kept any records as to the number of fish it has killed, and the state of Illinois has failed to ensure the tower complies with the law.

That’s right. The same guy who declared, “We want crystal-clean water, and we want clean air — the cleanest ever,” built the only high-rise using water from the Chicago River that fails to comply with record-keeping requirements.

Friends of the Chicago River, working with the Illinois Department of Natural Resources, has been releasing thousands of catfish and pike into the river over the past few years to help improve conditions in the notoriously gross river. Trump tower’s rampant use of river water threatens those species — another reason why green groups are suing.

Looks like the Trump Tower needs to clean up its act before it gets hooked!

Time may finally be up for Scott Pruitt at the EPA. The head of the Office of Government Ethics sent a letter to the agency’s Inspector General outlining ethics concerns surrounding Pruitt. For those of us watching this car wreck unfold, it’s a twisted reality that Pruitt still has a job, but his unrelenting brown nosing has kept him on Trump’s good side — and thus still gainfully employed. For now.

The nation leading the way in in climate action is, sadly, also failing at its job. Germany will fail at hitting its goal of cutting carbon emissions by 40 percent by 2020, a government official announced today. It’s a disheartening realization for not only Germany, but all who follow their lead.

Also disheartening (this section isn’t called The Smog for nothin’) is a new report that says rising sea levels could wipe out 2.4 million U.S. homes and businesses — worth $1 trillion — by the end of the century. That’s the same amount of built infrastructure in Houston and Los Angeles combined.

That smog was pretty thick, something the people of Beijing live with daily. Speaking of, here is some John Oliver offering a hilarious and important explainer on China — a country few of us know a lot about despite it being a kingpin of international policy and a major player in global efforts to curb climate change.

A fridge too far