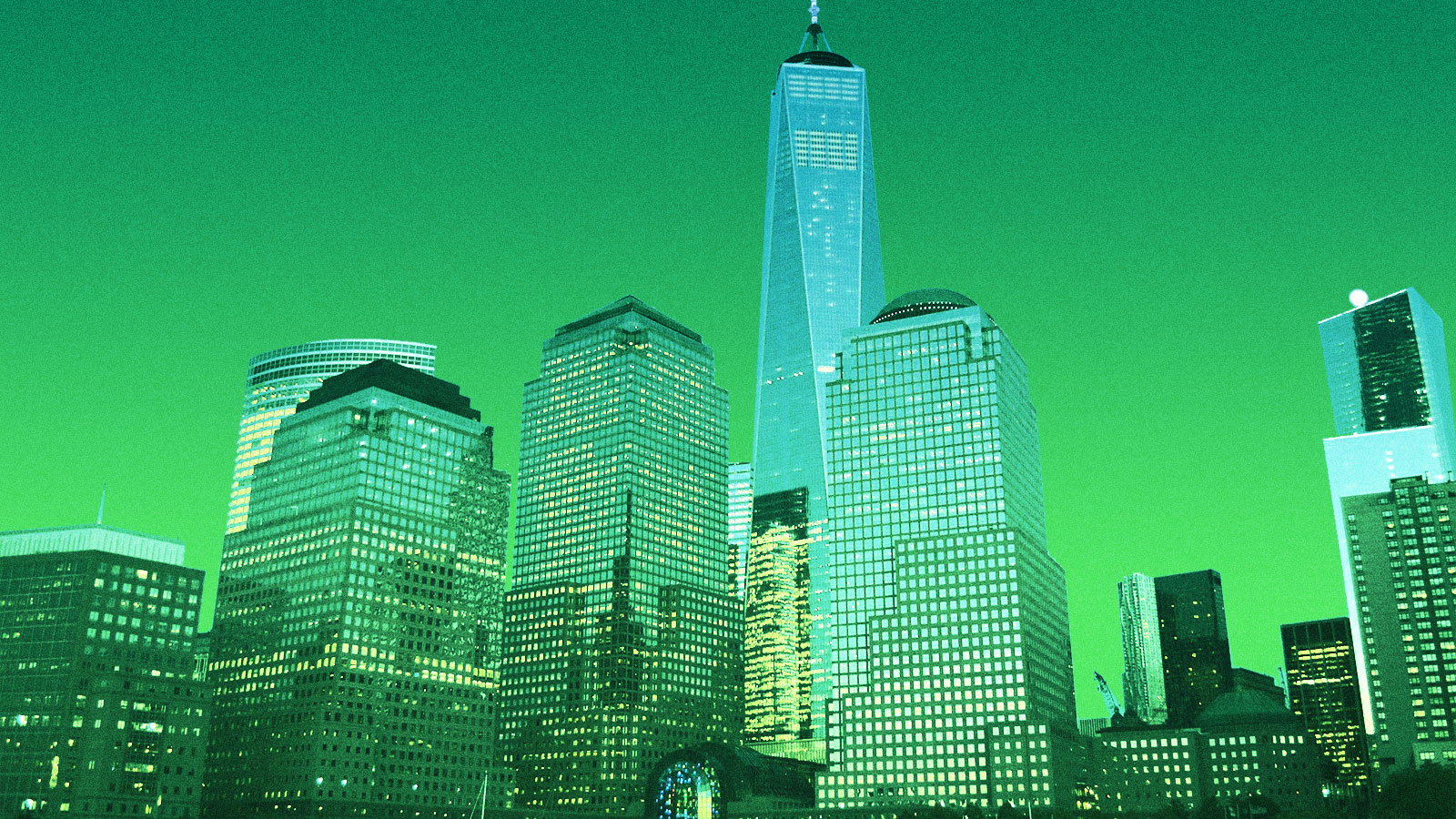 As the rest of the country debates a possible nationwide Green New Deal, New York City is forging ahead with one of its own. The Climate Mobilization Act passed its city council on Thursday with a vote of 45 to 2 amidst cheers. Now it heads to Mayor Bill de Blasio’s desk.

It’s tricky for the Big Apple to make the big changes needed to meet the climate goals laid out in the Paris Agreement. Much of the city’s operations — from public transportation to its water supply — are controlled by the state government. But by focusing on local building standards, New York City has been able to craft green legislation within its jurisdiction.

The jewel in the bundle of bills is the “Dirty Buildings Bill,” which targets buildings that make up only 2 percent of the city’s real estate but about half of all building emissions. The bill requires those structures slash their emissions by 80 percent by 2050. Some of the guilty buildings: Trump Tower, the Empire State Building, and One World Trade.

New York’s powerful real estate lobby has been fighting energy-efficient building legislation as far back as 2009. So, in a city where the real estate industry so often gets its way, Thursday’s vote marks a major shift.

About a third of Mueller’s long-awaited report, released on Thursday, has been redacted. But there’s enough left to determine that Russia tried to exploit America’s mixed feelings about coal to tip the election in Trump’s favor. Coal was one of many issues Russian trolls used to drive a wedge between American voters in 2016, the report says.

Greenland is melting ahead of schedule, say scientists. Summer melt season arrived a month early this year, and air temperatures in the area are 20 degrees C above normal. According to the Washington Post, the freaky temperatures are the result of the subtropical jet stream and the polar jet stream, which combined to bring warm Florida air to the northern hemisphere.

Scott Pruitt, the former head of the EPA, resigned in disgrace last July after dragging the agency through a quagmire of scandal. But now Scotty is back in the environmental policy game, this time as a lobbyist. Yesterday, Pruitt officially registered himself with the Indiana Lobby Registration Commission. His areas of expertise are “energy” and “natural resources.” See? Dreams really do come true.

It’s getting sunny in North Carolina