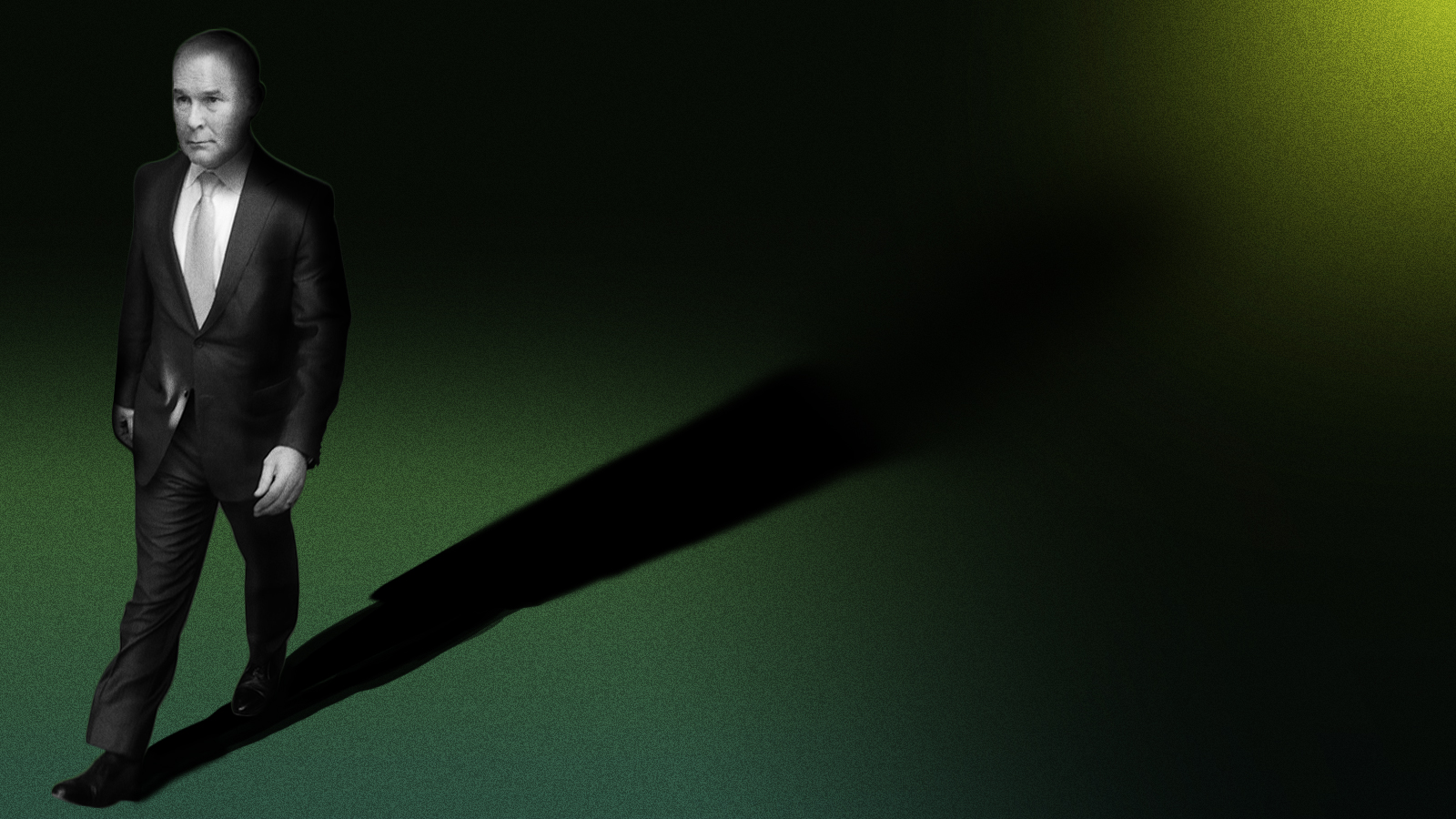 The EPA lost its top grifter Thursday afternoon, as Scott Pruitt tendered his resignation to President Donald Trump. We don’t know, right now, which straw broke the camel’s back — it could’ve been the tens of thousands of dollars he spent on first class flights, the secret calendar he used for private meetings with industry representatives, or maybe he just couldn’t take getting yelled at in a restaurant by a woman and her bemused toddler. (Trump told reporters on Air Force One there was “no final straw.”)

Whatever led to Pruitt quitting, that boy is gone.

Scott Pruitt was likely the most scandal-ridden, brown-nosing, oil-loving, climate-denying administrator to ever grace the hallowed halls of the EPA. Fancy lotions, tactical pants, Chick-Fil-A? That’s drama. Secret phone booths? A 24/7 security detail? That’s intrigue. Getting your aides to pay for your hotel rooms? That’s petty.

Pruitt was a veritable scandal-factory of his own making, and the wrongdoings were so juicy we literally couldn’t look away! I mean, the dude spent over 1,500 taxpayer dollars on a dozen fountain pens. Pens!

As time went on, it began to seem like Pruitt didn’t actually care about how many bridges he burned, how many federal investigations were launched, or even whether other members of the GOP were calling for his resignation. But each ethical misdeed focused attention on the work he led: dismantling decades of environmental regulations, cutting EPA staffing numbers to below Reagan-era levels, and striking mentions of climate change from the agency’s website.

People got mad! They marched, wrote letters, signed petitions, and sent the EPA multiple copies of Global Warming for Dummies.

No wonder the administration rails against “fake news.” Real journalism was able to take down a Trump loyalist. BOY. BYE.

And just as the old smog burned off, a new cloud moved in. Let us (reluctantly) introduce you to the new head of the EPA, Andrew Wheeler, a coal lobbyist and former legislative aid/best buddy to Oklahoma Republican Senator Jim Inhofe. (Yes, THE Jim Inhofe — the one known for his wild anti-climate change rhetoric and for bringing snowballs to the Senate floor.)

As an energy lobbyist, Wheeler’s biggest clients included Murray Energy Corporation, which touts itself as the No. 1 coal-mining company in the country. Murray Energy also happens to be the company that handed the Trump administration a three-page list of environmental regulations it wanted rolled back. Officials have already made it more than a third of the way through — and it’s hard to imagine that Wheeler doesn’t have a plan to complete the checklist.

In his downtime, Wheeler works for the Washington Coal Club. I kid you not. He’s the vice president of a small group of 300 coal groupies (producers, lawmakers, business leaders, policy experts, etc.) whose goal is to save the dirty future of dirty coal. Wheeler loves coal so much that he recently had to recuse himself from government deliberations over the industry’s future.

There isn’t much ideological difference between Pruitt and Wheeler. They both want to limit the EPA’s regulations over oil. But unlike Pruitt, Wheeler knows how to play the game. He won’t get caught buying expensive pens and lotion. He’ll work the system from within and leave us feeling bamboozled as he quietly walks back every environmental protection in place.

During his year-and-a-half tenure as head of the EPA, Pruitt sure racked up a treasure trove of surreal scandals. Whether it be coins and condos or pens and pants, the Cabinet’s top grifter never failed to keep jaws dropping and the rumor mill churning. We asked Grist staff what their favorite Scotty Scandal was, and here’s what we got:

Zoya Teirstein is partial to the incident where Pruitt’s security guards busted into the lobbyist condo he was staying at because they thought he was in danger. He was actually just napping.

Nikhil Swaminathan’s absolute favorite was this one: “As he was racking up more than a dozen federal investigations into his behavior, Pruitt asked President Trump to replace Attorney General Jeff Sessions with him. What chutzpah!”

Daniel Penner loved the tactical pants: “Spending nearly $3,000 on ‘tactical pants and tactical polos’ is one of the more underrated scandals. It leaves me with a lot of questions: What were they for? Busting down the door when Pruitt napped too long? Covert mini-golf uniforms? Stealing Chick-Fil-A trade secrets?”

Greta Jochem is a big fan of the endless list of things (lotion, greek yogurt, protein bars, etc.) that Pruitt made his staffers procure for him.

Jesse Nichols is all about the expensive pens! “I’d probably say the $1,560 pen set. I’m a big fan of Pilot G2 pens, which I always thought were fancy. I’m genuinely curious to know how awesome a $130 pen would have to be.”

Darby Minow Smith’s favorite? “When he tried to buy a used Trump Tower mattress. When I was in college, I bought a used mattress from a Red Lion hotel. Even at 19, I knew it was scandalously gross and didn’t tell my friends, so I feel a particular kinship with Pruitt on this one.”

Batteries are giving renewables a leg up over coal