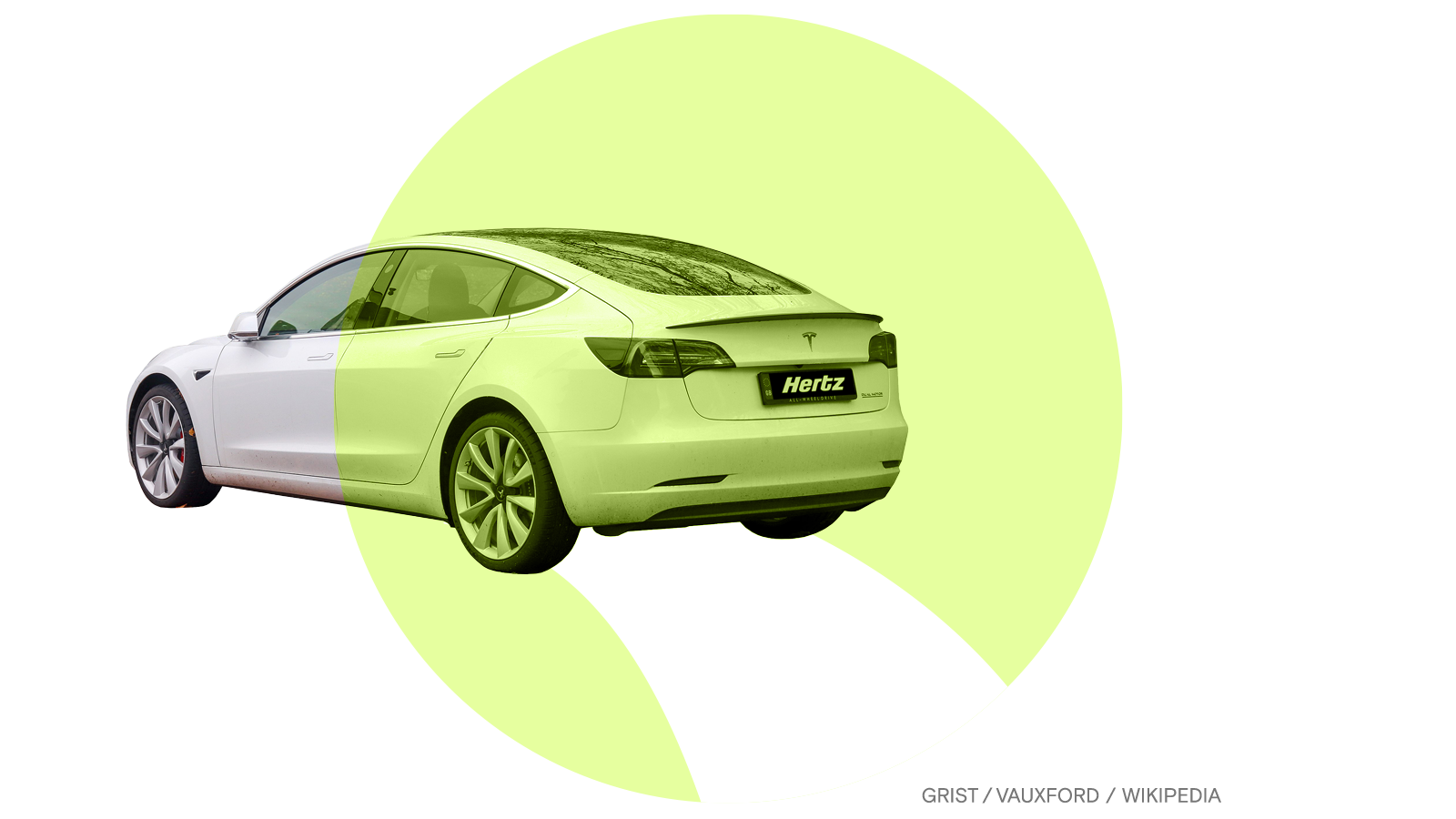 Hertz announced Monday that it had placed an order for 100,000 Teslas as a first step toward electrifying its fleet of rental cars. The move represents the largest single purchase of electric vehicles ever, and it comes just months after Hertz emerged from bankruptcy. In a press statement, Hertz’s interim CEO, Mark Fields, billed it as a major new chapter for the company.

“The new Hertz is going to lead the way as a mobility company,” Fields said, “starting with the largest EV rental fleet in North America.”

Hertz’s order, comprised entirely of Tesla’s Model 3 sedans, is expected to be delivered over the next 14 months, although customers in some locations will be able to rent a Model 3 as early as November. By the end of 2022, electric vehicles will make up one-fifth of Hertz’s global fleet — an enormous percentage, given that EVs currently account for less than 3 percent of all new car sales. Hertz said that it would also install “thousands” of new charging stations to accompany its electrifying fleet.

Timothy Johnson, chair of Duke University’s Energy & Environment Program, said Hertz’s deal with Tesla may connect customers with electric vehicles when they otherwise never would have driven them. “The performance of an EV still surprises people the first time they get behind the wheel and often increases their willingness to consider a purchase,” Johnson said, adding that the company’s announcement “will help make EVs seem that much more normal to the public.”

A set of wealthy nations will miss a self-imposed deadline for providing $100 billion annually to help developing nations cut emissions and respond to climate impacts. The rich countries were originally slated to give poor nations $100 billion per year from 2020 to 2025. Officials from three of the donor countries announced on Monday that the first $100 billion will not be disbursed until 2023.

Since 2012, an average of 49,000 metric tons of methane, a powerful greenhouse gas, leaked into the air from the Boston area each year, according to a recent study in the Proceedings of the National Academy of Sciences. The natural gas leaks, which the authors suggest may be seeping from both pipelines and buildings, are occurring at a rate roughly six times higher than official estimates from the state.

French oil and gas giant TotalEnergies downplayed the risks of climate change for decades, despite being aware of the link between fossil fuels and rising temperatures. New academic research suggests that, by the early 1970s, the company had been warned of the potential for “catastrophic global warming from its products.”