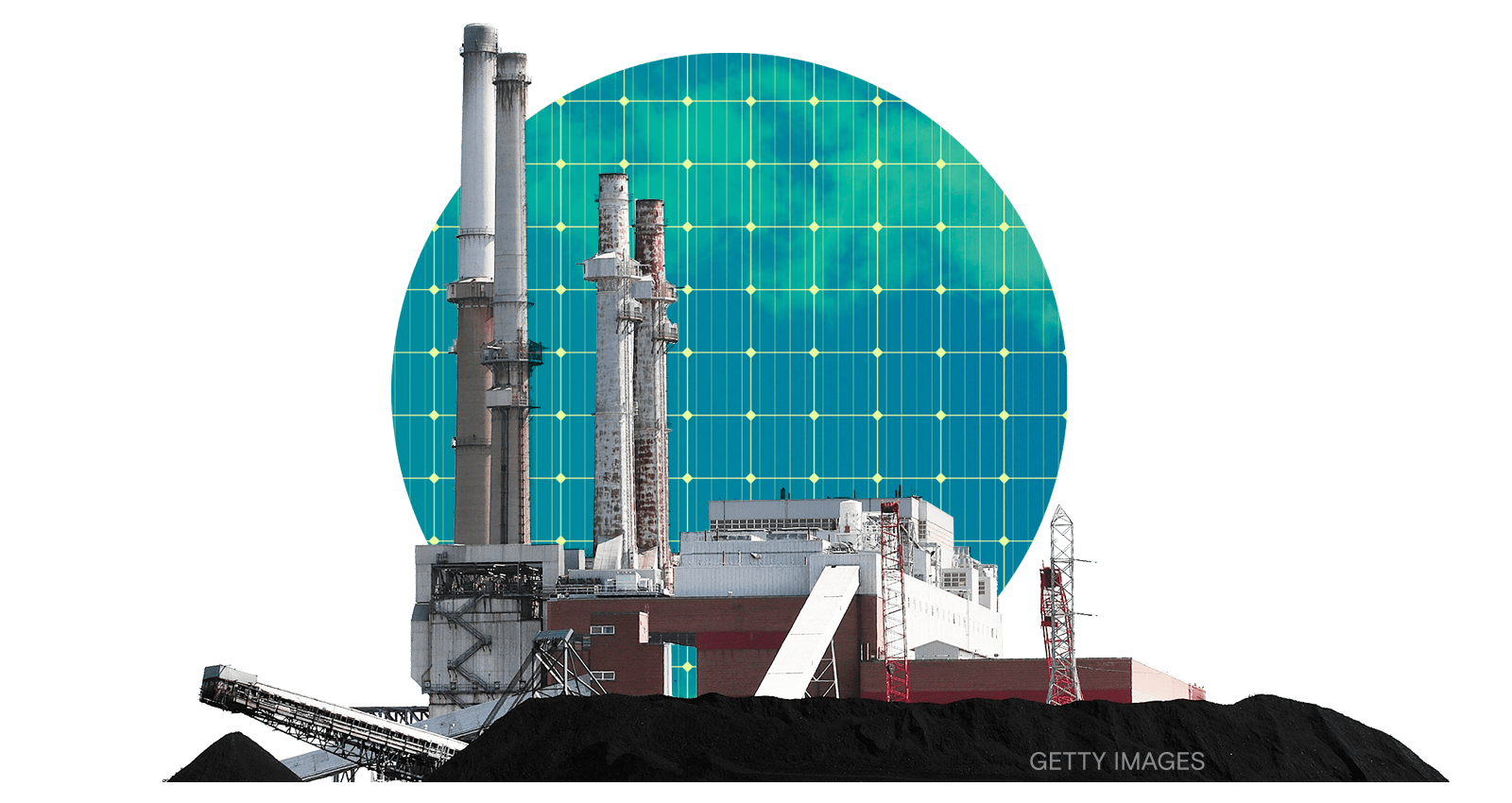 Illinois legislators recently unveiled installation sites for more than 200 megawatts of new solar power and battery storage projects that were mandated by a state law called the Climate and Equitable Jobs Act, which passed last fall. As part of the plan, the Texas-based energy company Vistra will install up to 68 megawatts of solar capacity, enough to power some 10,000 homes, at each of six retired coal plants, along with up to 9 megawatts of battery storage. Five other coal plants, owned by Vistra and another power company called NRG Energy, will be converted into battery-only projects. (The batteries help capture extra solar energy so that it can be deployed when the sun isn’t shining.)

J.C. Kibbey, an Illinois clean energy advocate for the nonprofit Natural Resources Defense Council, hailed the plan as an opportunity to revitalize coal-blighted communities. Adding low-cost renewable energy to the grid will bring financial relief to low-income residents, he told me, in addition to creating new jobs in construction and maintenance. Vistra’s estimates say that the project will generate up to 100 new jobs per plant.

Jack Darin, director of the nonprofit Sierra Club’s Illinois chapter, said he was “very excited” that the former coal sites could now become community assets, although he pressed regulators to ensure that new solar jobs will benefit local residents — not just new hires from outside the state — and that companies remove coal ash contamination from the sites.

“If we involve the community in the benefits and clean up the toxic coal ash that’s polluting their water,” Darin told me, “then this is a really great model for how a community can transition from a dirty path at these sites to a much cleaner future.”

What happened to the ‘war on coal’ in West Virginia?
Eve Andrews, Grist
➤ Read more