Today, Friday, June 1, is the anniversary of Trump breaking the world’s heart over the Paris deal. Here’s who’s been courting climate action ever since. 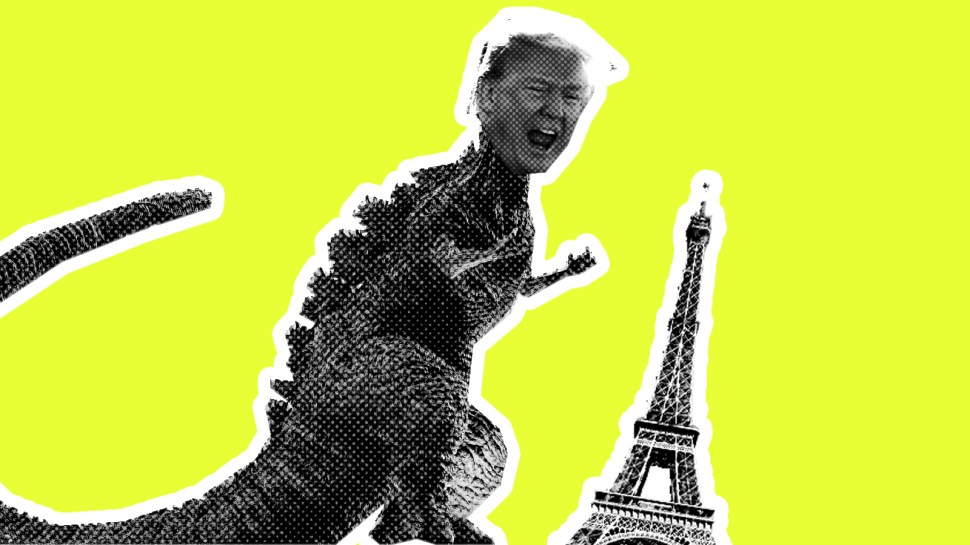 Yes, the fact that the U.S. is the only country that opposes the climate pact is a massive bummer. But despite the Trump administration’s best efforts to send us hurtling toward an eco-apocalypse, businesses and politicians across the U.S. have been doubling down on the goals outlined by the U.N.

Shortly after Trump’s announcement, the governors of Washington, New York, and California got together and launched the U.S. Climate Alliance, which galvanizes states to act on climate change. The group now includes 17 governors who are all working on climate solutions — and collectively represent 40 percent of the nation’s population. Today, the alliance unveiled eight ambitious new initiatives aiming to speed up the group’s goal of reducing emissions 25 percent by 2025.

The initiatives include a “green banking” project led by New York that aims to raise $1 billion from the private sector to fund sustainable infrastructure projects. The alliance also teamed up with a bunch of environment groups, like the Nature Conservancy, to figure out how to boost carbon storage in ecosystems across the country. You can read more about the initiatives here.

In the private sector, businesses also are stepping up their game. Today, the New York Times reported that major corporations are investing oodles of money in renewable energy projects, taking advantage of the increasingly affordability of wind and solar. These companies, which include big players like Nestle and AT&T, are a major reason why the renewable energy sector has been growing in the U.S.

How’s that for a silver lining?

Just when the governors get crafty, Trump, unfortunately, is too. Administration officials are weighing a plan to require grid operators to start buying electricity from coal and nuclear plants. The plants are struggling to compete with natural gas and renewables, and the Energy Department claims losing them would make the grid less resilient.

Speaking of grids and resiliency: Today is the official start to hurricane season, but Puerto Rico is still dealing with the impact of Hurricane Maria — which hit NINE MONTHS AGO. Officials just announced that it could take another two months to fully restore power to the 11,000 Puerto Ricans who are still without it. Here’s hoping this hurricane season goes easy on them.

Our last smog of the week has a small silver lining, too. An oil company filed the first application to drill in the Arctic National Wildlife Refuge, but the Interior Department isn’t quite sold. The department pushed back against the application, saying, “This plan is not adequate.” I’ll say!

TGIF! Having gorged ourselves on donuts (happy #nationaldonutday!) we’re too ready for a weekend of comfort and reading. I asked the staff what longreads they were into this week. Here’s what I got:

Darby Minow Smith: Bundyville (this is a podcast but a damn good one, and it’s from Longreads, so we’ll let it slide)

Justine Calma: Puerto Ricans knew the official Hurricane Maria death toll was fake. We saw too many dead to believe it.

Nathanael Johnson: The World’s Largest GMO Study Was Launched By Russians In 2014. Then It Disappeared.

Have a good weekend!