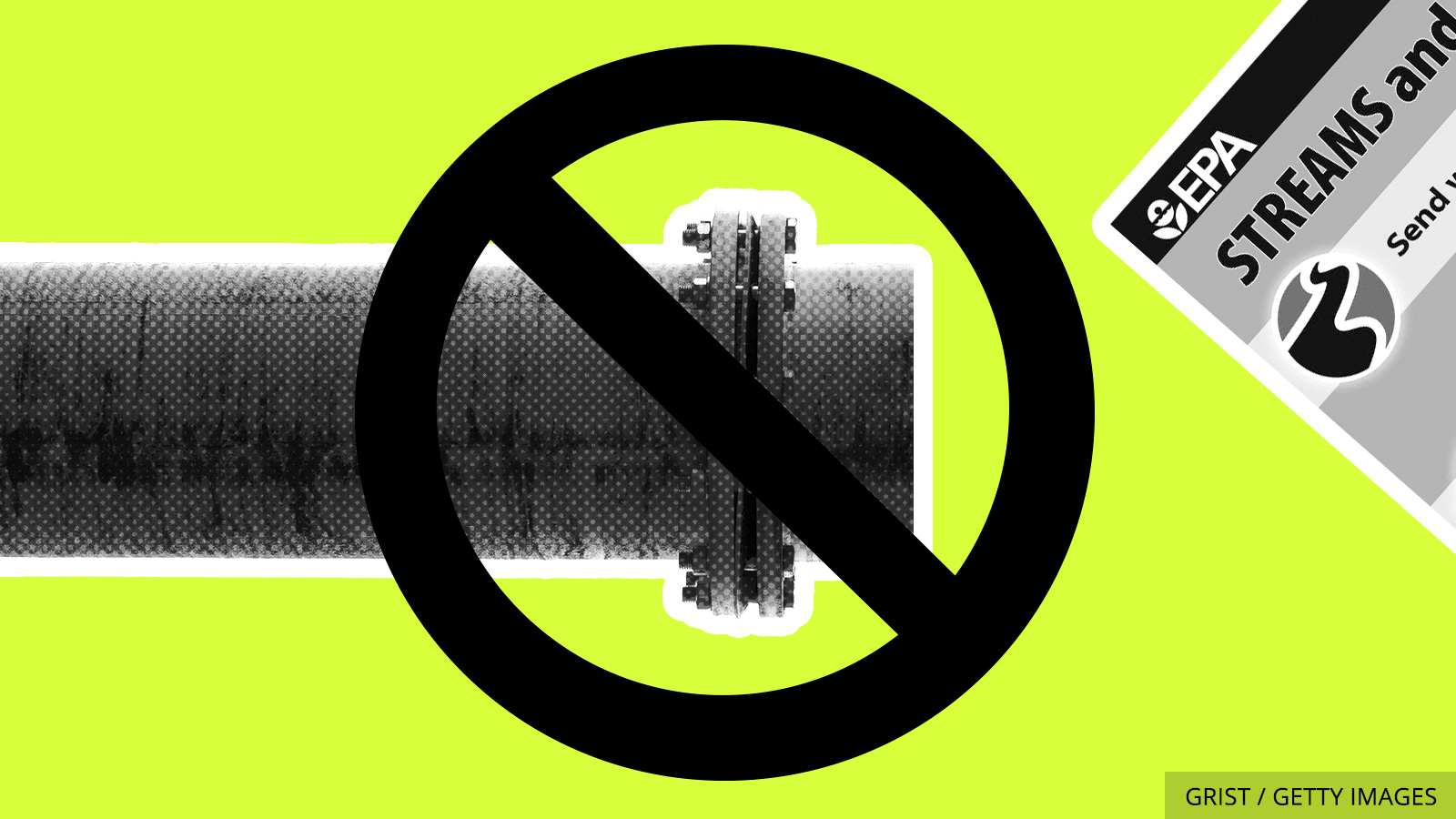 The Trump administration has been trying its darndest to undo regulations that protect the nation’s water supply. Officials fast-tracked the review process for the Keystone XL pipeline and then delayed the Clean Water Rule — a regulation that protects America’s small waterways and wetlands under the Clean Water Act. Not so fast, say judges in two new rulings that pump the brakes on both of these efforts.

After Trump suspended the Clean Water Rule back in February, environmentalists lost no time filing suit, arguing that the administration had acted too hastily. Yesterday, a federal judge in South Carolina agreed and issued a court order that stops the Trump administration’s delay of the rule — sometimes known as the Waters of the United States (WOTUS). The WOTUS fight will certainly continue to play out in the courts, but for now, that means watersheds and streams in 26 states are federally protected again.

That’s not the only good news coming down the pipeline!

In 2015, after years of protest from indigenous and environmental groups, Obama decided to reject a major extension of the Keystone XL pipeline. That success, however, was short-lived. Trump invited the company behind the pipeline, TransCanada, to re-submit an application after taking office.

Never mind the fact that, just a few months before Trump’s decision, the original Keystone pipeline leaked upwards of 200,000 gallons of oil near the Lake Traverse Indian Reservation in northeast South Dakota.

Environmental and grassroots groups sued the Trump administration to require further environmental review of TransCanada’s XL project. The Indigenous Environmental Network and the North Coast Rivers Alliance won their lawsuit in a U.S. district court in Montana earlier this week. That doesn’t mean Keystone is dead, but it does mean the Trump administration will have to prepare a new environmental impact statement. And the court says it will rule on the plaintiffs’ other arguments — that the proposed route violates the Endangered Species and National Environmental Policy Acts — before construction on the pipeline can begin in 2019.

Two pro-environment rulings in one week? There must be something in the water.

Back in 2017, Trump cut 2 million acres from Grand Staircase-Escalante and Bears Ears, two national monuments in Utah. Now, a draft of the administration’s plans shows that it wants to allow resource extraction on some of that land. At Grand Staircase-Escalante, for example, almost 700,000 acres of previously protected land would be open to coal mining and oil or gas drilling. Additionally, over 1,600 acres might be sold or transferred — even though Trump and Zinke have declared they’re against that practice. Green and Native American groups are fighting the effort to chip away at the monuments, ThinkProgress reports.

Fracking is using more water than ever before. Between 2011 and 2016, the amount of water each well used increased as much as 770 percent, according to a new study in Science Advances. It’s creating more waste, too. In that same five-year span, wastewater production from the practice grew by a factor of 15. InsideClimate News explains the reason behind the uptick in water use: As fracking has grown, so have the industry’s efforts to expand productivity from wells.

In the wake of Hurricane Harvey, Texas companies first reported 8.3 million pounds of unpermitted air pollution but later dropped the figure by 1.7 million pounds. A new report from the Environmental Integrity Project found that pollution after Harvey was vastly underreported, and it raises the question: Were the estimates reduced because the governor waived pollution reporting rules after the storm? In the future, the EIP suggests implementing clearer, stricter pollution reporting rules — and not, you know, suspending them.