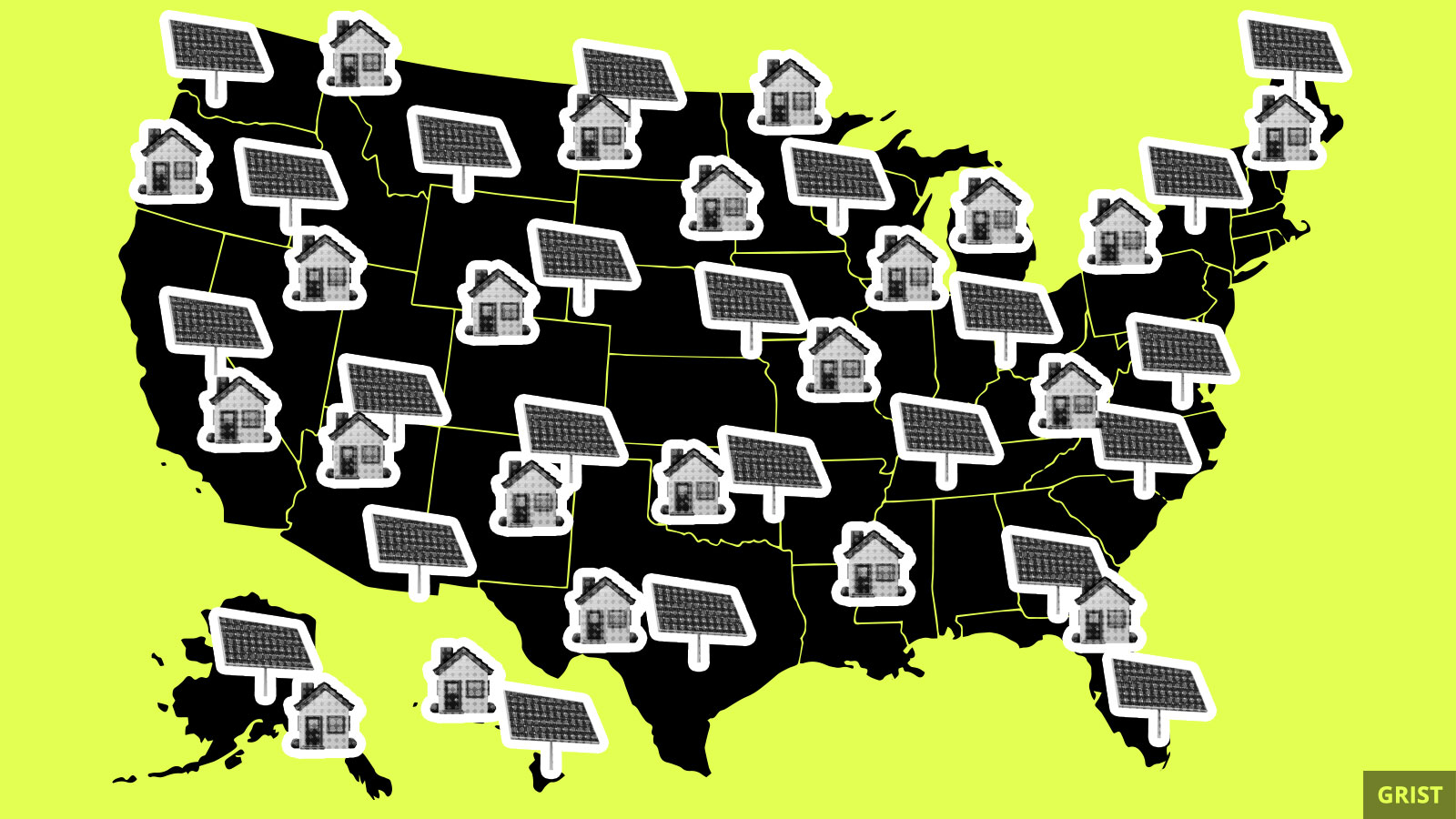 That’s good news both for the solar industry and the planet. More solar means more energy generated without greenhouse gas emissions. The number of new sun-powered energy installs is on track to double again in five years, according to the solar association that did the analysis, and by the time we’re deep into the 2020s, solar will become “the dominant new form of energy generation.” Whew! That was fast.

The residential sector — people putting up solar panels on their houses — is pushing the rapid growth in the solar industry. As prices keep falling, more and more folks will invest in the green energy. Already, 12 million homes across the nation get their power from solar, the analysis says.

California is still leading the charge in terms of new installations, but places like South Carolina are gung ho about solar, too. “According to our latest forecasts, by 2024, there will be on average, one solar installation per minute,” said Michelle Davis, senior solar analyst with Wood Mackenzie, which contributed to the study.

Powerful rainfall flooded the streets of the Deep South overnight, leaving thousands of homes and businesses without power. Louisiana, Texas, and Mississippi woke up to high water and damaged properties due to a hail storm as other nearby states including Arkansas, Alabama, and Oklahoma suffered tornadoes.

A new study found that human-built infrastructure, such as dams and reservoirs, impede more than 60 percent of the world’s long rivers. As demand increases for water and energy generation, the construction of river-obstructing structures is becoming ubiquitous, and that’s a major problem for biodiversity.

Internal documents show that for decades 3M, a Minnesota-based manufacturing company, hid the dangers of PFAS, chemicals linked to reproductive health issues and cancer. These so-called “forever chemicals” are found in the blood of about 98 percent of Americans. Last year, the company settled the suit initially brought by the state of Minnesota in 2010 for $850 million.

Pacific Islands have a solution to our extinction crisis