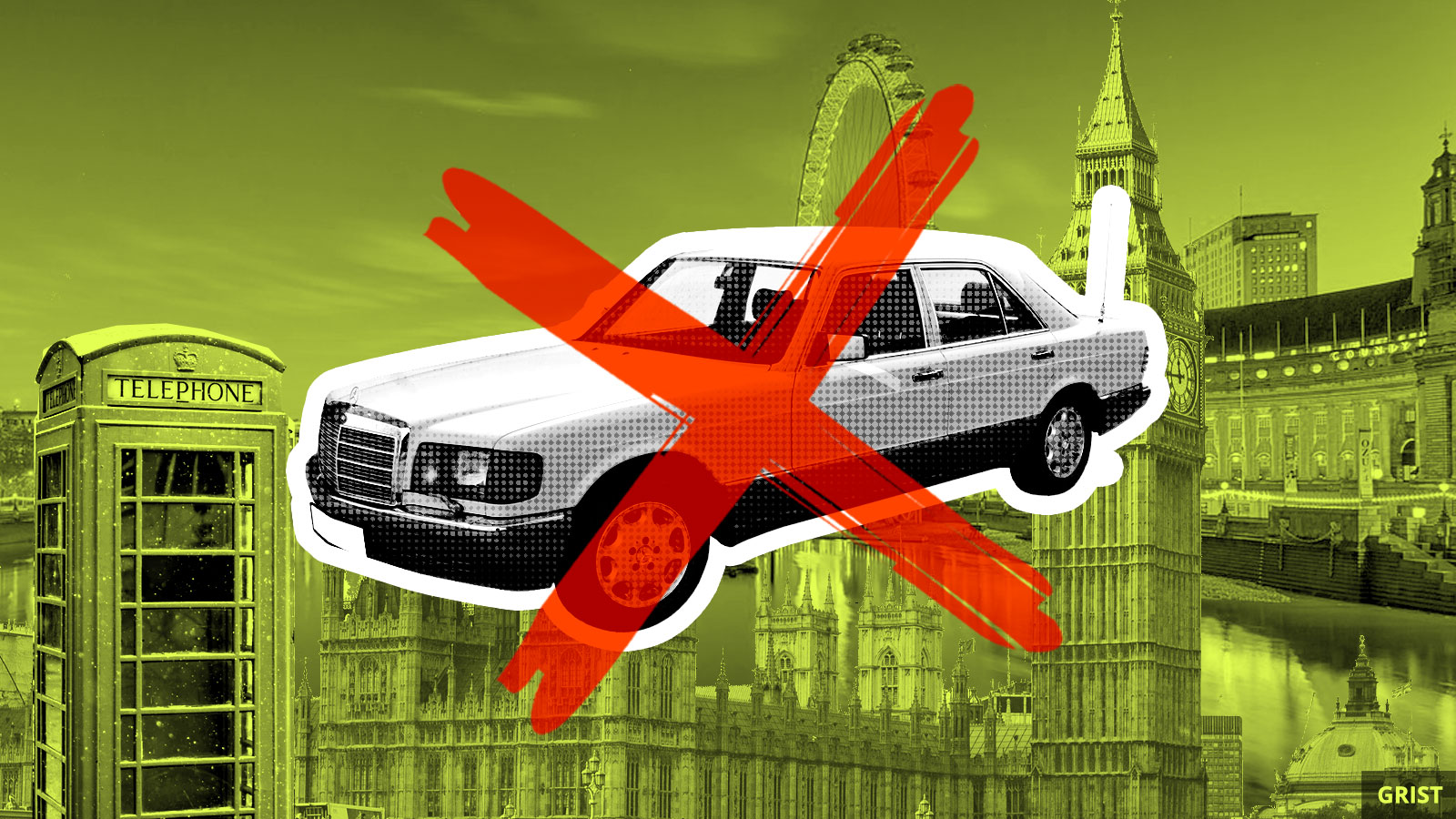 Cars! Who needs ’em? London will hold a citywide car-free day later this year in the name of combating air pollution, the cause of 40,000 premature deaths in the U.K each year.

Mayor Sadiq Khan announced on Thursday that he plans to close more than 12 miles of roads in the city center on September 22. “I encourage as many Londoners as possible to join in the fun and see the city from a different perspective,” he said.

At least 18 boroughs across the city will hold events aimed at encouraging less-polluting forms of transportation, like walking, biking, and public transportation. Communities will make “play streets” for kids, kind of like giant block parties. The Guardian reports that 150,000 Londoners are expected to join in the fun.

There’s even more good news from across the pond. Clean power is expected to outpace fossil fuels this year in Britain for the first time, the country’s National Grid recently reported. That bodes well for Britain’s new plan to reach net-zero emissions by midcentury.

Residents of South Philadelphia woke up to a series of loud blasts this morning when the largest oil refining complex on the East Coast went up in flames. Explosions at Philadelphia Energy Solutions brought dark smoke and large debris to parts of Philadelphia, the Delaware River, and South New Jersey.

Scientists want to talk about the tiniest elephant in the room: microbes. Global warming is drastically changing microbial cycles, warns a group of microbiologists in Nature Reviews Microbiology. Viruses are spreading, and toxic blue-green algae are proliferating. Most climate models don’t take microbes into account, even though they play an important role in digesting and emitting greenhouse gases.

All of Oregon’s Republican state senators went into hiding yesterday to avoid voting on a cap-and-trade bill that the Senate was expected to approve. Governor Kate Brown, a Democrat, sent state troopers to forcibly bring the legislators back to their jobs at the capitol. The good news: If at least two Republicans come back — all that’s needed to hold a vote — Oregon could become the second state in the country with a cap-and-trade program, after California.