It’s Monday, March 18, and every Monday is meatless in the Big Apple. 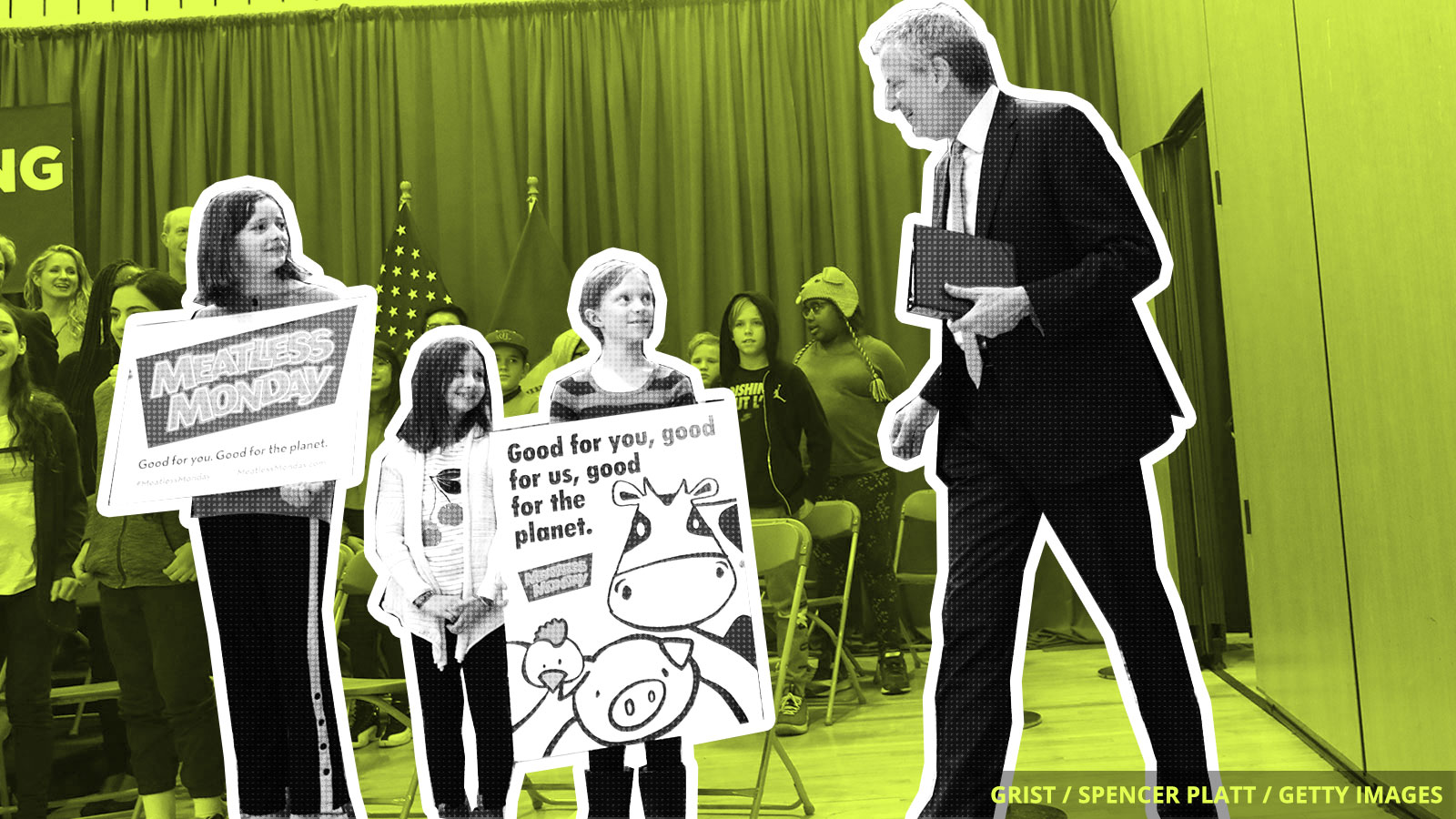 “Cutting back on meat a little will improve New Yorkers’ health and reduce greenhouse gas emissions,” Mayor Bill de Blasio said in a statement (which was released, naturally, on a Monday.) “We’re expanding Meatless Mondays to all public schools to keep our lunch and planet green for generations to come.”

Indeed, there’s no shortage of evidence that intensive meat production plays a significant role in climate change — animal agriculture accounts for more than 14 percent of global greenhouse emissions. Although the NYC public school district is not the first to adopt the policy, it is the largest, with more than 1,800 schools and 1.1 million students.

The announcement follows a yearlong pilot program to determine if NYC students (and their parents) would be down for lunches devoid of all animal products except eggs and cheese. The result: the program was both cost-effective and popular with students. That’s right, they have no beef with it!

So, so long, Monday mystery meat! You will not be missed.

You might not know it from watching the news, but large swaths of the Midwest are underwater. Last week, a so-called “bomb cyclone” caused historic flooding in the region. At last count, two people had died, and many more were forced to abandon their homes in search of higher ground. Because of climate change, the Midwest faces an increased risk of flooding.

East Coast states put up quite a fuss when the Trump administration unveiled an offshore drilling proposal last year. But it looks like President Trump might go ahead with drilling anyway. Joe Balash, an official at the Department of the Interior, recently suggested that the administration is working on a new proposal to open up parts of the Atlantic for drilling. Cheers.