It’s Monday, August 2, and a startup says it has built a cheap, long-duration battery. 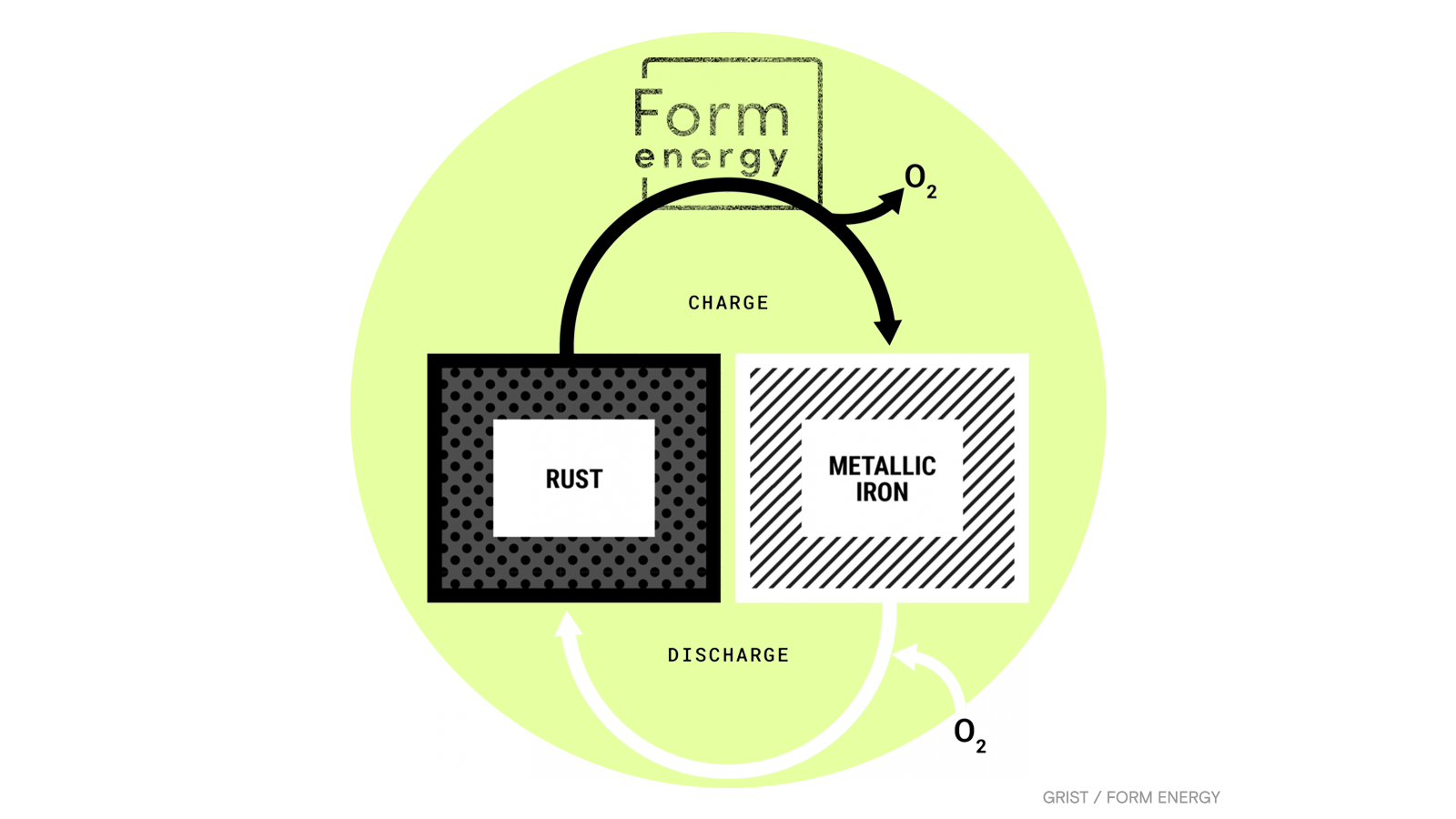 A new startup claims that it has created an affordable battery that could store and dispense power to the grid for days — technology that could eliminate the need for coal and natural gas power plants.

Form Energy, a four-year-old company led by a former Tesla employee, told the Wall Street Journal last week that its battery should be ready for mass production by 2025. The prototype, nicknamed “Big Jim,” charges and discharges by converting thousands of iron pellets into rust and back again. According to the startup, the battery takes a long time to charge but could provide reliable power for six days at a time.

Cutting carbon emissions requires cleaning up the electrical grid, which in the U.S. is still about 60 percent powered by fossil fuels. But the problem with renewable sources like wind and solar is that they are only available at certain times of the day. A long-duration battery could alleviate pressure on the grid and allow closure of coal and natural gas plants, which currently provide much-needed power during periods of peak demand.

Many battery startups making similar promises have failed — but Form Energy’s leaders argue that they’ve learned from the past. Yet-Ming Chiang, one of the company’s co-founders, told the Journal, “We’re the alumni of a generation of failed battery companies who all came back for more.”

More than 80 nations, including major emitters China and India, failed to update their plans to reduce emissions under the Paris Agreement by a July 31 deadline. China, which has the highest emissions in the world, has said it will achieve net-zero by 2060, but it has yet to formally submit that goal to the United Nations.

A plume of methane with the same short-term planet-warming impact as 10,000 cars was discovered over Kazakhstan in July by a European satellite. Now, a geoanalytics firm that studied the leak says it came from a pipeline system that carries gas to China, though the pipeline operator denies there were any leaks.

Shell sponsored an exhibit on carbon capture and carbon removal at the Science Museum in London under the condition that the museum not do or say anything to discredit the company, according to the contract, which was obtained by activists under freedom of information laws.