It’s Wednesday, May 13, and this company is trying to fix bovine burps. 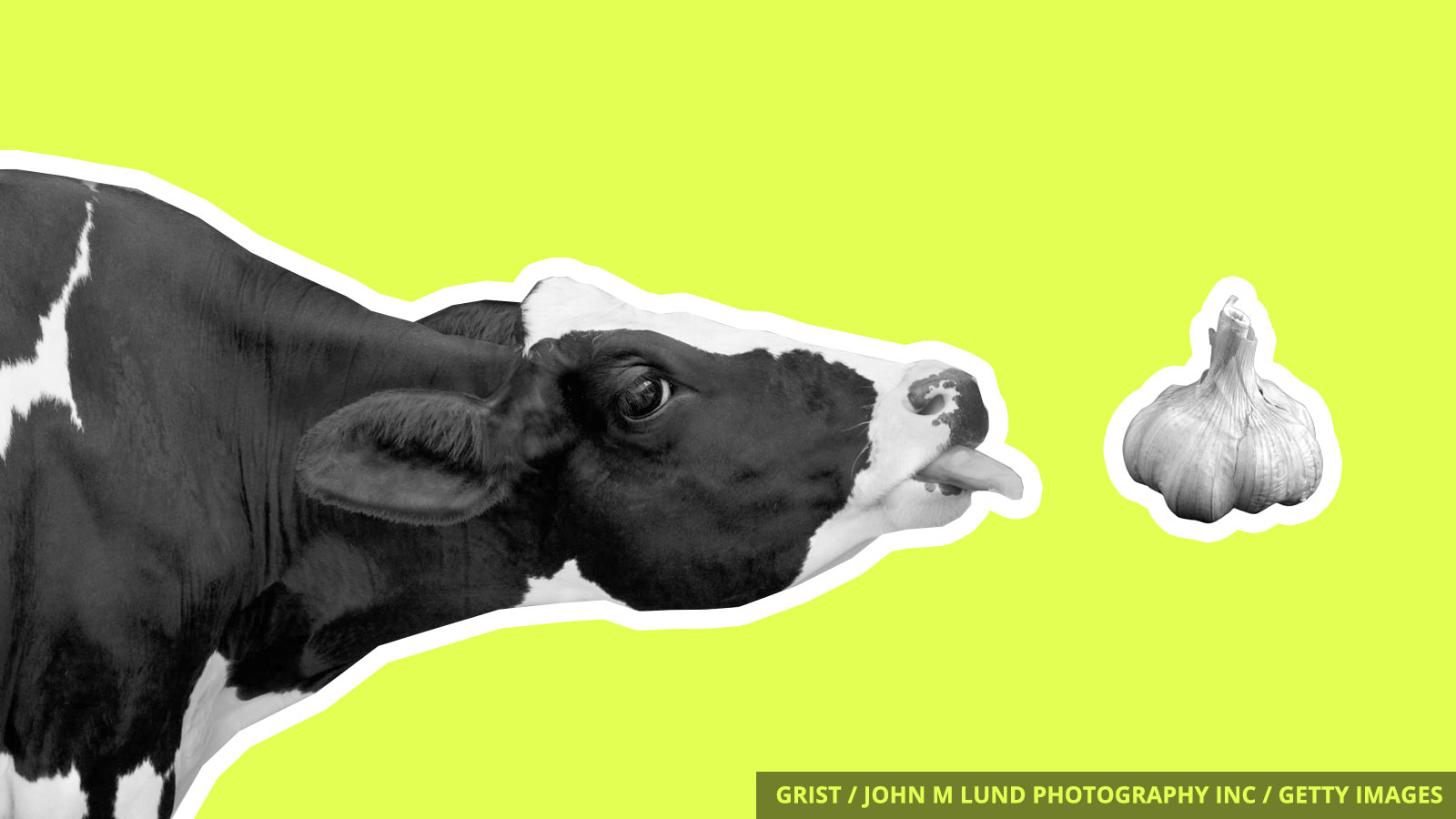 The world’s cattle emit an enormous amount of methane — more than the economies of Brazil, Japan, or Germany. The majority of these potent greenhouse gas emissions come out of the, erm, front side of the cow, not the backside (a common misconception). A Swiss start-up called Mootral might have a solution.

This spring, Brades Farm, a family-owned farm in Lancashire, England, became one of the first dairy producers to market “climate-smart” milk — dairy from cows that have been treated with Mootral’s methane-inhibiting supplement. Mootral makes these pellets out of garlic and citrus, which reduce the number of microbes breaking down food in a cow’s stomachs, thereby reducing the amount of methane the cow produces by 30 percent, according to some studies. Fast Company reports that Mootral will soon sell carbon credits for its work with cattle.

This isn’t the first time researchers and dairy farmers have teamed up to try to get their cows to stop burping out so much methane. An Australian study found that adding a certain type of red algae to a cow’s diet reduced emissions by 99 percent. The problem there is that most cows never see a beach in their lifetimes, and growing enough of that particular seaweed to treat all of the world’s 1.3 to 1.5 billion cows is next to impossible.

Mootral’s supplement, on the other hand, doesn’t require dredging up mysterious algaes from the deep. And it’s relatively cheap — it costs about $55 a cow per year. “We do believe that this could make a huge difference to not only being part of the solution to climate change but also to ensure we future proof farming for generations to come,” Brades Farm wrote on its Facebook page.

Two oil and gas companies that inflated the value of their stock with expensive buybacks last year have now received $15.5 million in federal loans intended for small businesses hit hard by the pandemic. One firm, Amplify Energy Corporation, received a $5.5 million loan, despite having spent over $26 million in 2019 to boost the value of its stock.

Alabama may soon be the fourth state this year to criminalize protests against pipelines and other fossil fuel projects, joining Kentucky, South Dakota, and West Virginia. Republican lawmakers in the state are quietly pushing legislation that would make interrupting or interfering with pipelines a felony punishable by at least a year in prison and up to $15,000 in fines.

A federal regulator has blocked an attempt by Washington State to impose higher safety standards for transporting crude oil by train. The state legislation was partly in response to the derailment and explosion of a train carrying crude oil in Quebec in 2013, which killed 47 people.