It’s Friday, April 5, and the Green New Deal is pushing climate change into the mainstream media. 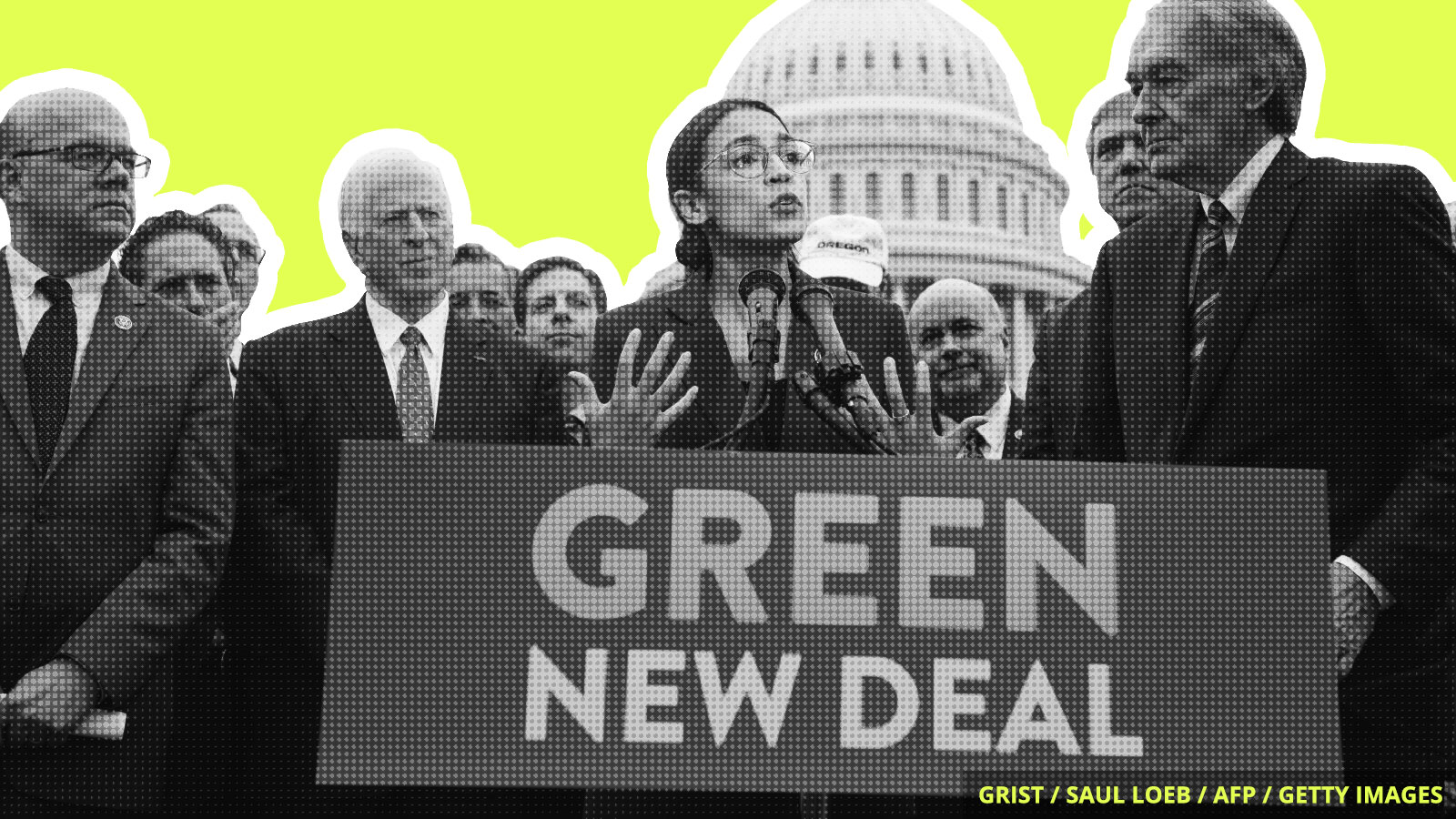 Major news broadcasters like ABC, CNN, and MSNBC normally suck at covering climate change. In 2018, the climate coverage on major broadcast shows added up to just 142 minutes, as Grist contributor Lisa Hymas points out in her latest column.

But it looks like the tides are starting to turn. Climate coverage is on the rise in 2019, and most of that momentum can be attributed to the popularity of a progressive proposal called the Green New Deal, Hymas writes.

Here’s what’s different this year: Over the course of his presidency, Trump’s inaction on climate change has been the driving force behind major broadcasters’ climate coverage — In 2017, 79 percent of corporate broadcaster coverage of climate change centered around Trump administration actions or statements. But this year, Hymas writes, “Representative Alexandria Ocasio-Cortez, a Democrat from New York, has taken over the driver’s seat.”

We’re only a few months into 2019, and the Washington Post has already published a major climate change package, prime-time coverage of climate change is way up (especially at Fox News), and MSNBC’s Chris Hayes hosted a town hall with AOC about all things climate.

“Whether you love the Green New Deal, hate it, or want to quibble over its specifics, you can’t deny that it’s spurring more discussion of climate policy than the U.S. has ever seen,” Hymas writes.

Deadly air pollution has a surprising culprit: growing corn. Breathing in fine particulate matter kills about 71,000 Americans every year. A new study finds that the process of raising corn is responsible for about 4,300 of those deaths, mostly due to the ammonia used for fertilizing the crop.

Corals in the Great Barrier Reef got bleached so badly in 2016 and 2017 that the ecosystem is now having a hard time making new corals. Yes, I’m talking about coral babies. A new study published in the journal Nature found that the average number of baby corals that settled across the GBR last year was 89 percent lower than before climate change bleached the reef like a pair of white pants.

A senior White House advisor says Trump will soon sign an executive order to help greenlight natural gas pipelines and exports. The order under consideration would clear a path for pipelines that have had a hard time in states like New York, where regulations block interstate natural gas pipelines.

Lithium-ion batteries are charging ahead