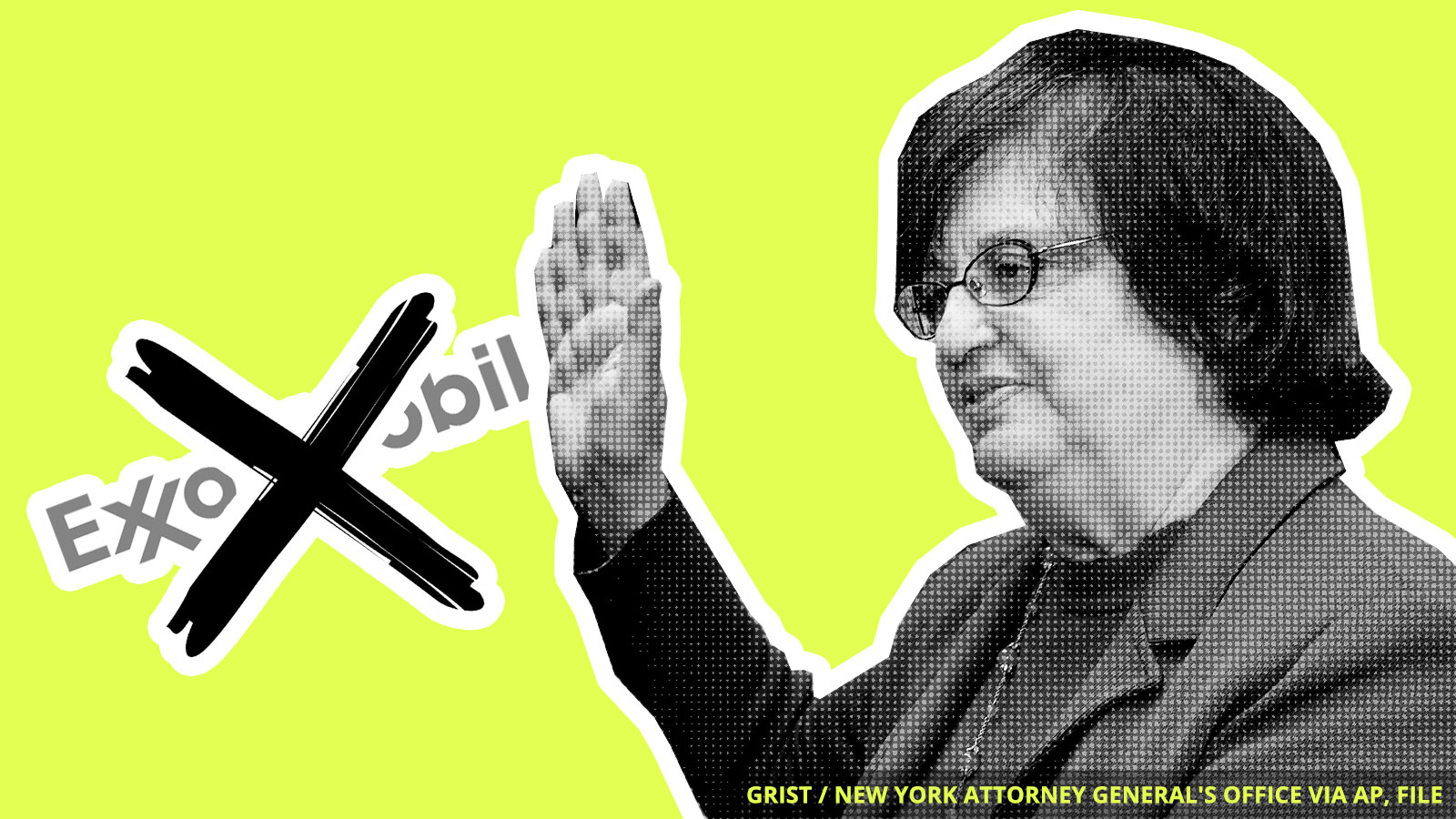 The issue at hand? Climate change, of course. Unlike other climate lawsuits, such as those launched by California or Colorado in recent months, this one doesn’t seek to hold Exxon responsible for its role in creating climate change. Instead, this case is about fraud: lying in order to get more money.

Underwood’s lawsuit argues that Exxon tricked investors with a “longstanding fraudulent scheme” that downplayed the financial risks climate change regulation posed to the company. See, climate regulations can hurt fossil fuel businesses. The suit alleges that Exxon overstated how prepared it was for the tough rules we’ll need in place to combat climate change, telling investors one thing while doing another.

Will Exxon wiggle out of this suit like it wiggled out of lawsuits from the cities of Oakland and San Francisco? It even got out of a previous lawsuit launched by New York City. It’s already argued that those lawsuits a) limit its right to free speech and b) are a big conspiracy. And the company has even counter-sued the people taking it to court!

Well, we’ll see. Like I said, this new lawsuit takes a different tack. And if Underwood’s team is successful, Exxon will have to pay back tons of $$$ to its investors.

The government just gave a company the green light to drill for oil in federal waters off Alaska’s coast for the first time. Under the premise of “American energy dominance,” the Interior Department announced that it will allow Houston-based Hilcorp Energy to drill in the Beaufort Sea. “This project sets us down a dangerous path of destroying the Arctic,” said Kristen Monsell of the Center for Biological Diversity.

Super Typhoon Yuto “mangled” the Northern Mariana Islands, a U.S. territory, as one official described it. The Category 5 storm, packing 180-mile winds, is the strongest on record to hit Saipan and Tinian, the largest of the Mariana Islands, and tied Typhoon Mangkhut as the strongest in the world this year. “Many homes have been destroyed, our critical infrastructure has been compromised,” said the mayor of Tinian and Aguigan, Joey Patrick San Nicolas, in a video posted to Facebook. “We currently have no power and water at this time.”

The residents of Austin are now required to boil their water. On Tuesday, the Texas capital’s water officially failed state standards after flooding rains muddied the region’s Highland Lakes. Assessments found higher turbidity in the water, increasing the risks for parasites, bacteria, and viruses. City officials have offered little clarity on how the situation will be resolved, according to the Austin American-Statesman.