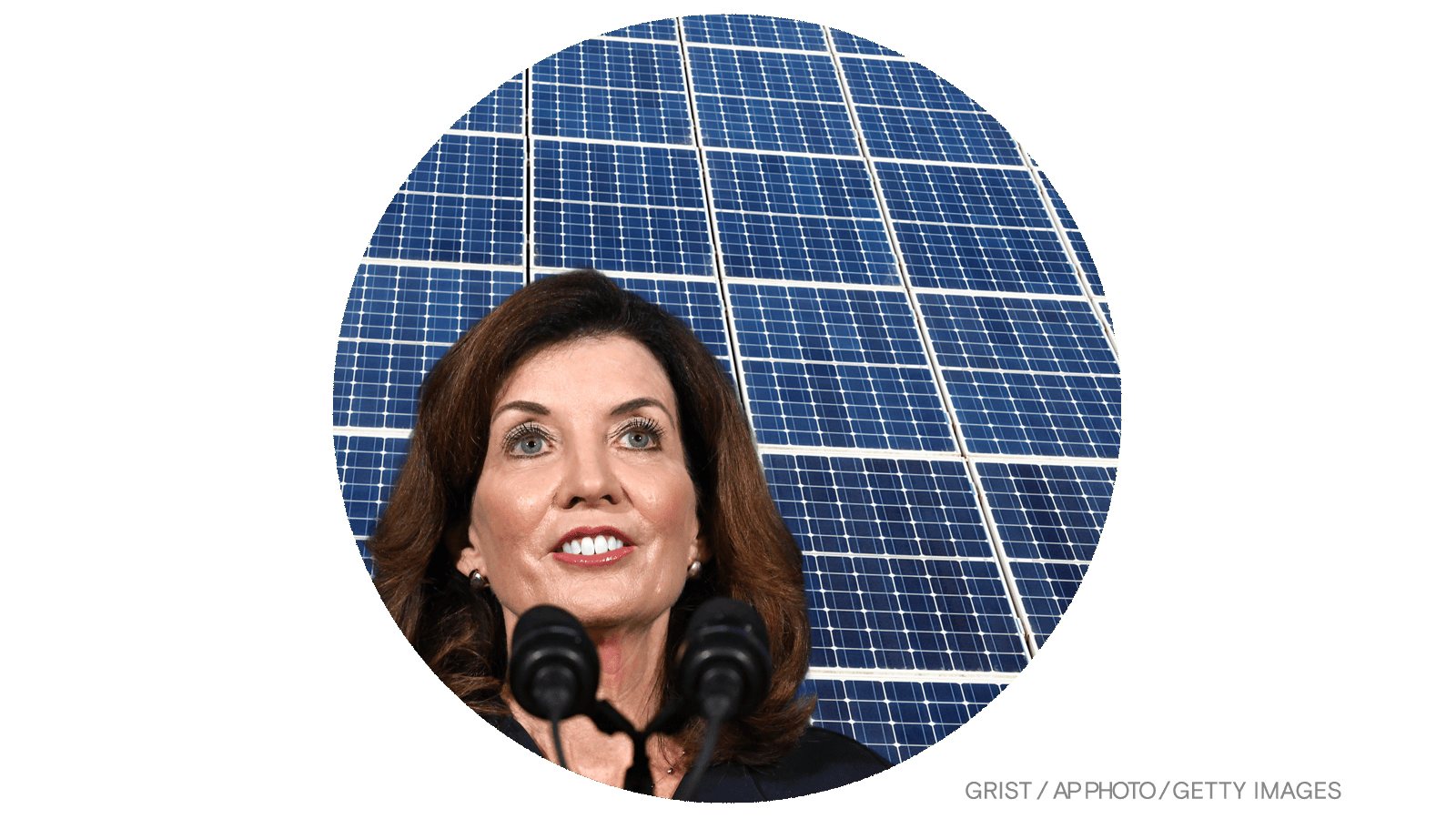 New York reached a milestone for clean energy on Tuesday, as state leaders announced the Empire State is now the country’s largest community solar market. With more than 1 gigawatt of installed community solar — enough to power more than 200,000 homes — New York has overtaken other leaders like Minnesota, Florida, and Massachusetts.

“Reaching this nation-leading milestone is a testament to New York’s aggressive pursuit of clean-energy alternatives that reduce the cost of utilities and bring us closer to a carbon-neutral future,” Governor Kathy Hochul said in a statement.

Community solar, also known as “shared solar,” refers to an arrangement in which many individuals or businesses share the electricity generated by an offsite array of solar panels. With this design — which is popular among renters, apartment-dwellers, and others who can’t place solar panels on their rooftops — users can buy or lease some of the solar panels in a given project and receive an credit on their electric bills for the power that their panels generate. As of December, there were about 5 gigawatts of community solar installed throughout the U.S.

New York has rapidly expanded its community solar capacity over the past few years, growing more than 100-fold since 2018 when it had nearly 14 megawatts installed. This expansion advances the state’s goal of providing 70 percent of New York’s electricity with renewables by the end of the decade, on its way to fully decarbonizing the power sector by 2040.

Reaching that goal will require a lot of solar power — and New York already has dozens of other community and utility-scale projects in the works. These existing projects alone are expected to power more than 2.2 million homes once completed.

“We’ve been hard at work on this for over a decade,” said Doreen Harris, president and CEO of the New York State Energy Research and Development Authority, a public-benefit corporation that promotes clean energy. “I’m confident that with more solar, more offshore wind, and more renewables in general, we’ll be well on our way to meet or exceed our targets.”