It’s Wednesday, September 18, and UC is saying “see ya” to fossil fuels. 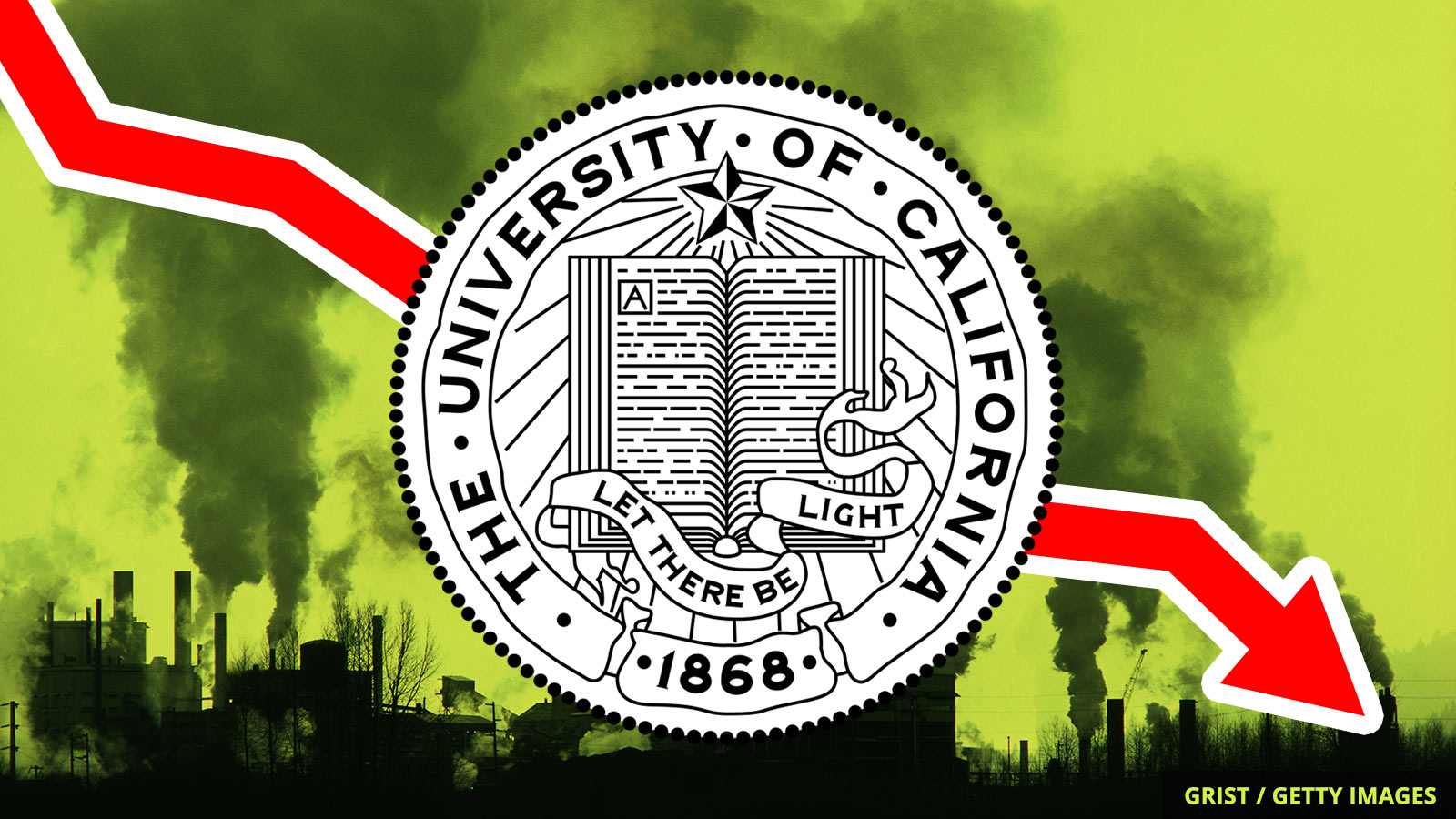 Two University of California officials announced in an op-ed in the Los Angeles Times that the university system’s multi-billion-dollar endowment and pension funds are going completely “fossil free.” The school’s $13.4 billion endowment fund will be free from oil, gas, and coal investments by the end of September, and its $70 billion pension fund is expected to be fully divested by the end of the year.

This could be seen as a huge victory for environmental activists who for years have been urging institutions and banks to divest from fossil fuel investments like oil and gas pipelines. But the university officials said they weren’t reacting to political pressure, environmental idealism, or even moral obligation in their decision. Rather, they saw it as the financially responsible thing to do.

“We believe hanging on to fossil fuel assets is a financial risk,” wrote the chief investment officer for the University of California system and the chair of the UC Board of Regents’ investments committee. “The reason we sold some $150 million in fossil fuel assets from our endowment was the reason we sell other assets: They posed a long-term risk to generating strong returns for UC’s diversified portfolios.”

If major investors think the risks of investing in fossil fuels outweigh the rewards, that bodes well for the future of the planet. After all, not every investor will be swayed by moral arguments — but everyone working in finance speaks the language of cold, hard cash.

Today, the Environmental Protection Agency is expected to revoke a decades-old rule that lets California set tougher car emissions standards than those required by the federal government. If upheld in court, the decision could permanently prevent states from regulating emissions from transportation, which is the single largest source of CO2 in the U.S.

Around 200 people have been arrested for their suspected involvement in starting the vast blazes that are incinerating Indonesia’s forests and blanketing the region with smog. The fires are believed to have been started by plantation owners to help clear land for planting.

Senior execs from oil giants BP, Shell, and Chevron are holding an invitation-only forum for environmentalists and government officials on the sidelines of the U.N.’s jam-packed climate summit next week. And get this: Climate deniers are organizing a debate over whether climate change exists next week, too.

Gas stoves: a relic of the past?