It’s Wednesday, August 15, and New York City is about to make bikes a lot more affordable for its low-income residents. 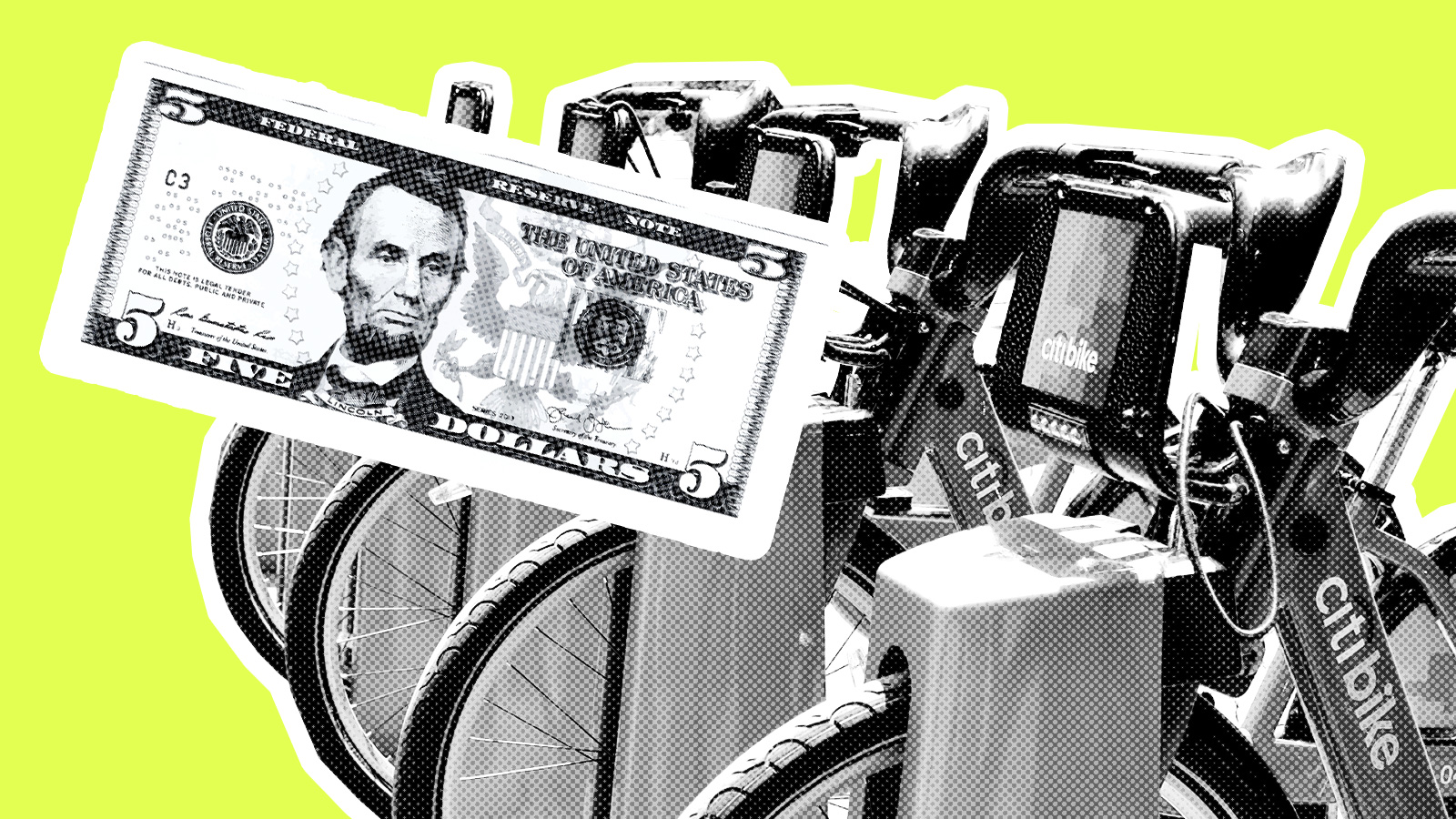 New York City’s only bicycle sharing program, Citi Bike, is pricey. Thirty minutes on a Citi Bike runs $3 — three times as much as it costs to rent a Lime bike in Seattle for the same amount of time. For New York’s low-income residents, regularly riding Citi Bikes is simply out of reach.

That’s about to change. Citi Bike has partnered with the insurance company Healthfirst to provide low- and moderate-income residents with a reduced monthly fare. New Yorkers who qualify for the federal food stamp program known as SNAP or live in the city’s low-income housing can become Citi Bike members for only $5 per month.

Everyone eligible aged 16 and older can join. The membership provides unlimited 45-minute trips and doesn’t auto-renew every month — riders choose to reactivate by simply unlocking a bike.

Ride on, New Yorkers! For more on the strange history and future of bikeshares, watch our video.

A lawsuit from young Washington state activists arguing that their state had failed to protect them from climate change was dismissed on Tuesday. The King County Superior Court judge said such political questions shouldn’t be decided by a court. “My rights as a Native American person are being taken away because of climate change,” said Kailani, a 13-year old plaintiff in a response. “The government is not taking the kind of action necessary to protect my rights.” The plaintiffs plan to appeal the ruling.

If you think it’s hot now, we’ve got bad news: It’s likely to stay that way for a bit. A prediction from European researchers published in Nature Communications found that the climate’s natural variability means we’re probably going to see warmer than usual temperatures for the next five years, even without help from global warming. And yes, the past few years have already been the hottest on record.

Florida has been battling a massive toxic algae bloom, prompting Governor Rick Scott to declare a state of emergency this week. The blooms are eyesores that can cause respiratory problems and kill animals. The Guardian reports that since July, 267 tons of dead ocean creatures have littered the shores because of the algae. The slimy mess has become a contentious issue in the Senate race, with Republicans and Democrats alike saying it needs to be cleaned up. Here’s hoping they stick to those promises.

Much of the West is covered in a blanket of wildfire smoke. The Grist video team wants to know how the smoke has affected you. Perhaps it impacted your health or got in the way of plans. Maybe it just led to a wild sunset. If you have a smoke story, record a voice memo on your phone and send it to jnichols@grist.org.