It’s Monday, February 25, the Big D is gearing up to tackle climate change. 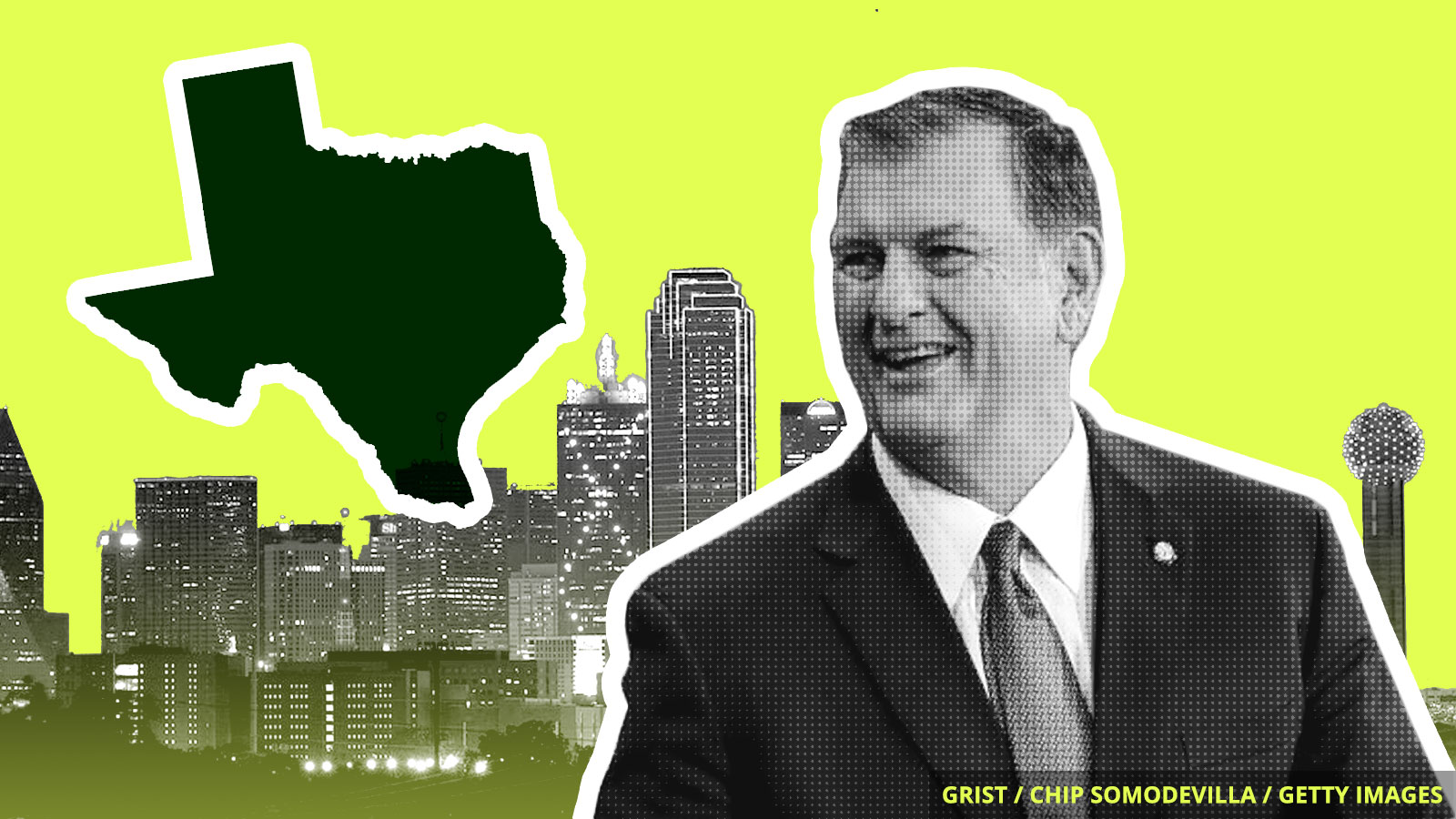 Let me tell you about the mayor of Dallas: Mike Rawlings, the one-time Pizza Hut president turned public official, has apparently been working for years to make D-town — a city whose unofficial mascot is fictional oilman J.R. Ewing — a global leader in addressing climate change.

Though the most talked-about effects of climate change — like rising sea levels — can seem distant from Dallas, the Texas city won’t be spared from the consequence of a hotter planet. “We understand what weather can do to a city, and it’s imperative that we join other cities on this issue,” Rawlings recently told the Dallas Morning News.

Last month, the Dallas City Council advanced the city’s first-ever comprehensive climate action plan — a three-step resolution aimed at reducing the negative effects of climate change. It also urges Congress to enact a national carbon fee and dividend, a pricing scheme popular with some Republicans. The goal: to have Dallas’s climate action plan in place by April 2020 and commit to lofty targets aimed at cutting carbon emissions.

Rawlings, a Democrat, is also hoping to make the Texas metropolis part of the C40 Cities network — an international group committed to addressing climate change. Josh Harris, a spokesman for the organization, said that “Dallas is a true global leader for making [a] commitment” to the goals enshrined in the Paris agreement.

“So many things I could have done, but the clouds got in my way,” Joni Mitchell once lamented. Well, if we let climate change run wild, those pesky clouds may never get in our way again. A study published today in the journal Nature Geoscience says stratocumulus clouds — the low-hanging fluffy ones — could disappear if levels of CO2 in the atmosphere triple. This phenomenon could cause warming to “spiral out of control.”

The Trump administration has a lot on its plate these days — a blossoming love affair with North Korea’s dictator, the Mueller report, and much else. And yet it still has time to launch an offensive against established climate science. The White House is prepping a panel that, according to the Washington Post, will “reassess the government’s analysis of climate science and counter conclusions that the continued burning of fossil fuels is harming the planet.”

ExxonMobil publicly says it wants to help address climate change; privately, it’s going all out to block action. Case in point, the corporation is trying to obstruct a shareholder resolution that would set new emissions reduction targets for the oil giant. In an email sent in January, Exxon called it an effort to “micro-manage the company.”

The voters have spoken