It’s Wednesday, November 28, and one half of the Twin Cities is looking to reinvent itself to cut its carbon footprint. 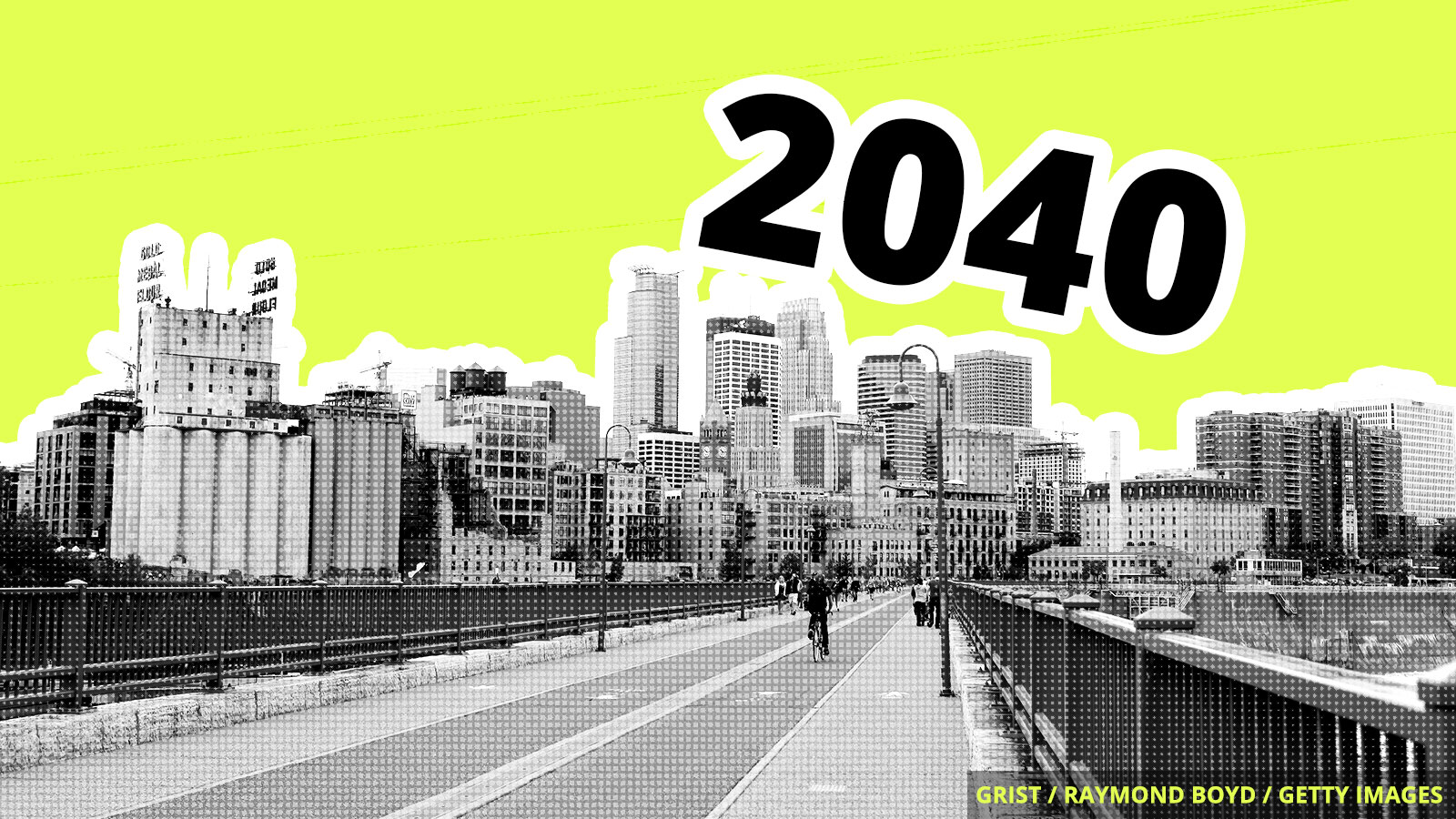 Minneapolis could soon be taking on a radical rezoning plan to tackle the most pressing issues facing American cities — including climate change. The Minneapolis 2040 Comprehensive Plan is expected to pass a final vote in early December, making the Minnesota city one of the few in the United States to redesign itself to become more equitable and sustainable.

The blueprint for the city’s future is grounded in 14 goals, including more affordable housing, improved transportation, increased racial equity, and bolstering targets to combat climate change. The aim is to guide development for Minneapolis over the next two decades.

How does the City of Lakes plan to tackle climate change, you might ask? By taking on steps to sustainably accommodate an increased population, the city should reduce per capita carbon emissions. To draft the proposal, city planners began by assessing where Minneapolis was in attaining its ambitious goal to cut greenhouse gas emissions 80 percent by 2050.

To make good on that commitment, the city needs to reduce driving trips by more than one-third. Having higher density in the city — tweaking zoning to allow for taller buildings, for instance — will reduce how much residents have to drive while making it more convenient to use environmentally friendly forms of transportation like walking, biking, and public transit. In other words, as city planning manager Paul Mogus told the Star Tribune, “Put the stuff closer together so it’s easier to get to the stuff.”

As Minneapolis moves closer to adopting its plan, its twin city, St. Paul, continues to work on its own greener strategy. Perhaps the Twin Cities’ sibling rivalry will provide a template for other U.S. cities on how to implement a new large-scale rezoning plan.

The Trump Administration has been quick to undermine its own report on the unfolding impacts of climate change. In an interview with the Washington Post on Tuesday, Present Trump responded to the National Climate Assessment with a scrambled slew of climate denialist remarks, including “oceans are very small,” and suggesting the possibility of an impending ice age. On the same day, White House Press Secretary Sarah Huckabee Sanders stated that the report, which involved the participation of over 300 leading climate scientists, was “not based on facts.” Meanwhile, Andrew Wheeler, the acting EPA administrator, called the findings a “worst-case scenario,” while also admitting he has not read the full 1,656-page report.

As climate change destabilizes every ecosystem on earth, food scarcity is going to worsen, according to a new report from the U.N. Food and Agricultural Organization. The U.N. assessment shows how climate change has depleted the world’s resources to the point where food systems are in peril. About 820 million people are currently malnourished, and if no action is taken, that number is only going to rise.

The U.N. is ringing multiple alarm bells this week. It’s also announced that the world is far behind in reducing its carbon emissions. The United States is one of the major countries falling short on pledges made during the Paris Agreement, according to the Emissions Gap report released on Tuesday. (Of course, President Trump has announced the U.S. will withdraw from that agreement.) The lags will likely become a focus of the U.N. climate meeting in Poland next week.

Trump might not ‘believe’ major climate reports, but the city where he lives sure does