It’s Tuesday, November 27, and Trump might not ‘believe’ major climate reports, but the city where he lives sure does. 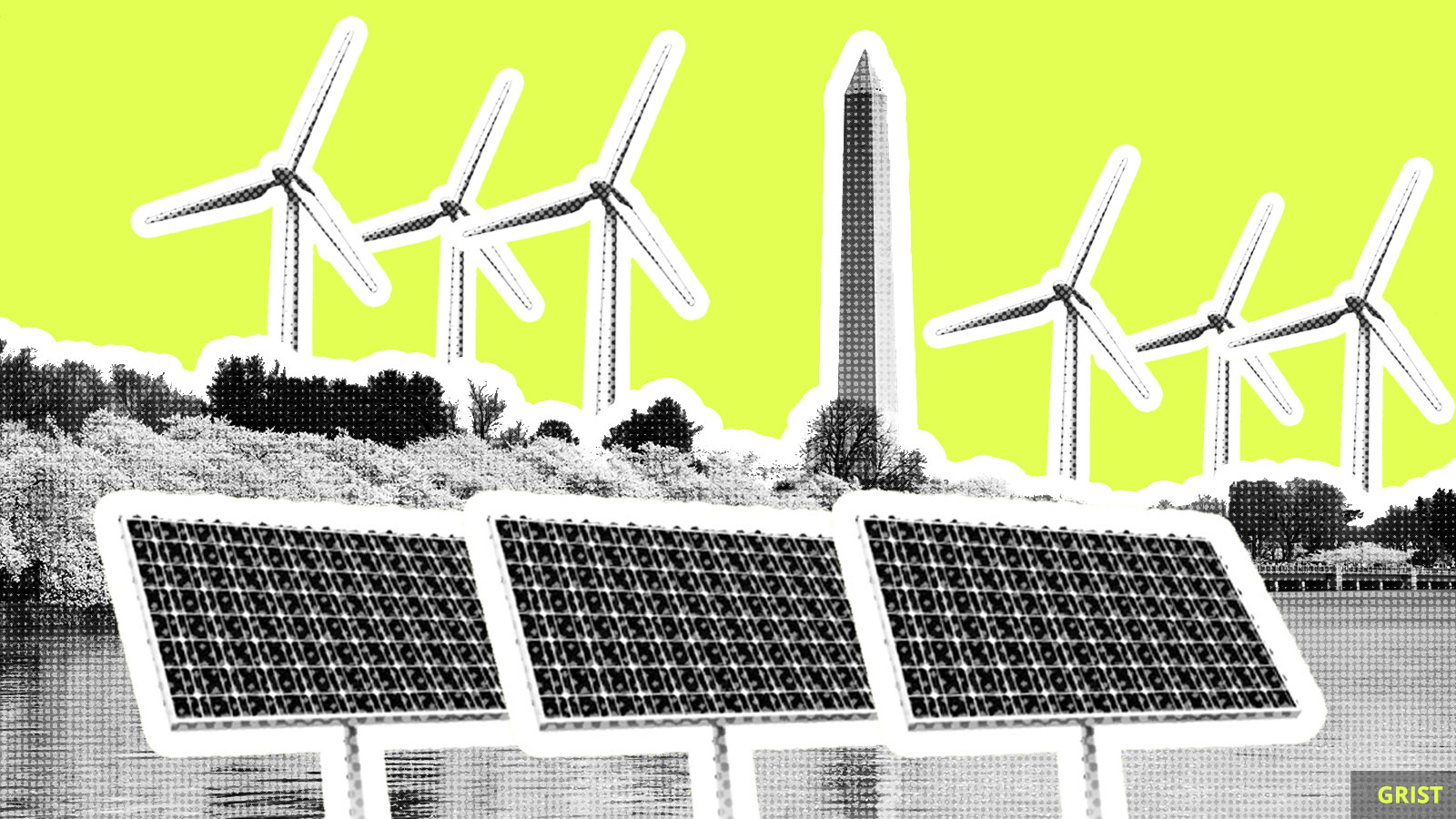 President Donald Trump might have recently dismissed two major climate reports, but almost everyone else agrees we need to move fast on climate solutions. That’s why the city council of Washington, D.C. just voted unanimously to adopt a 100 percent clean electricity bill. How you like them apples, Don?

America’s capital city laid out a pretty ambitious climate measure this morning that includes incentives for electric vehicles, new standards for building efficiency, and an expanded carbon fee on natural gas, oil, and other polluting forms of fuel. D.C. plans to take money generated by that fee and invest it in a “green bank,” like a piggy bank that can only be tapped to help low and mid-income folks retrofit their homes and put up solar. The best news? The city aims to hit that 100 percent goal by 2032. That’s the most ambitious goal of any state or city in the U.S.A yet!

“This bill was two years in the making, involved everyone from neighborhood moms to top business leaders to champions on the D.C. Council,” said Mike Tidwell, a director of one of the organizations involved in the process. “We’re going to send clean energy to the White House and members of Congress whether they’re ready for it or not.”

This was a preliminary vote. The D.C. Council will vote on the measure again in December — most of the statute is expected to go into effect around Christmas. The White House Grinch better get ready for a whole lotta green coming his way!

Climate change isn’t a belief system; it’s a scientific consensus. But that hasn’t stopped Present Trump, when asked about the recent National Climate Assessment, from saying “I don’t believe it.” The report, issued by the Trump administration, concretely shows that climate inaction will put American dollars, jobs, and most importantly, lives at risk. In an interview with CNN, atmospheric scientist Katharine Hayhoe, who helped to write the report, said she was “frustrated” with the president’s comments. “You can say I don’t believe in gravity. But if you step off the cliff you are going down. So we can say ‘I don’t believe climate is changing,’ but it is based on science.”

The uptick in extreme climate events comes with a daunting price tag. After a visit to Paradise, California, the town recently decimated by the Camp Fire, Secretary of the Interior Ryan Zinke announced that the deadly blaze will likely cost billions of dollars. The Federal Emergency Management Agency (FEMA) has already spent $15.5 million on housing assistance and $5 million on other costs, like funeral expenses.

The National Climate Assessment didn’t offer much by way of solutions to global warming. But another report released on the same day by the U.S. Geological Survey provided more direction. The report showed that 24 percent of all greenhouse gas emissions come from drilling on public lands. That number is likely higher today because of the Trump administration’s lax approach to drilling on soil owned by the feds. Trump probably doesn’t believe that report either, but to the rest of us, renewable energy has never looked better.

Black Friday. Cyber Monday. How about #GivingNewsDay? Show us some love by making a donation today and all gifts will be matched. Grist set an ambitious goal to raise $10,000 in one day. If 100 readers made a $50 donation, then we’d hit our mark with the match. As of right now, we’ve raised $6,522. Help us cross that finish line by making a small gift now — the planet will thank you. Oh, and so will we. Support the nonprofit news you love by joining us in #GivingNewsDay. It’s what all the cool kids are doing (wink, wink). 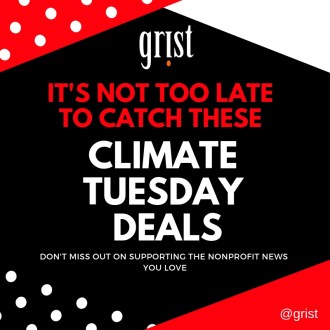