It’s Tuesday, October 23, and Palo Alto residents are steadily adding to their fleet of electric vehicles. 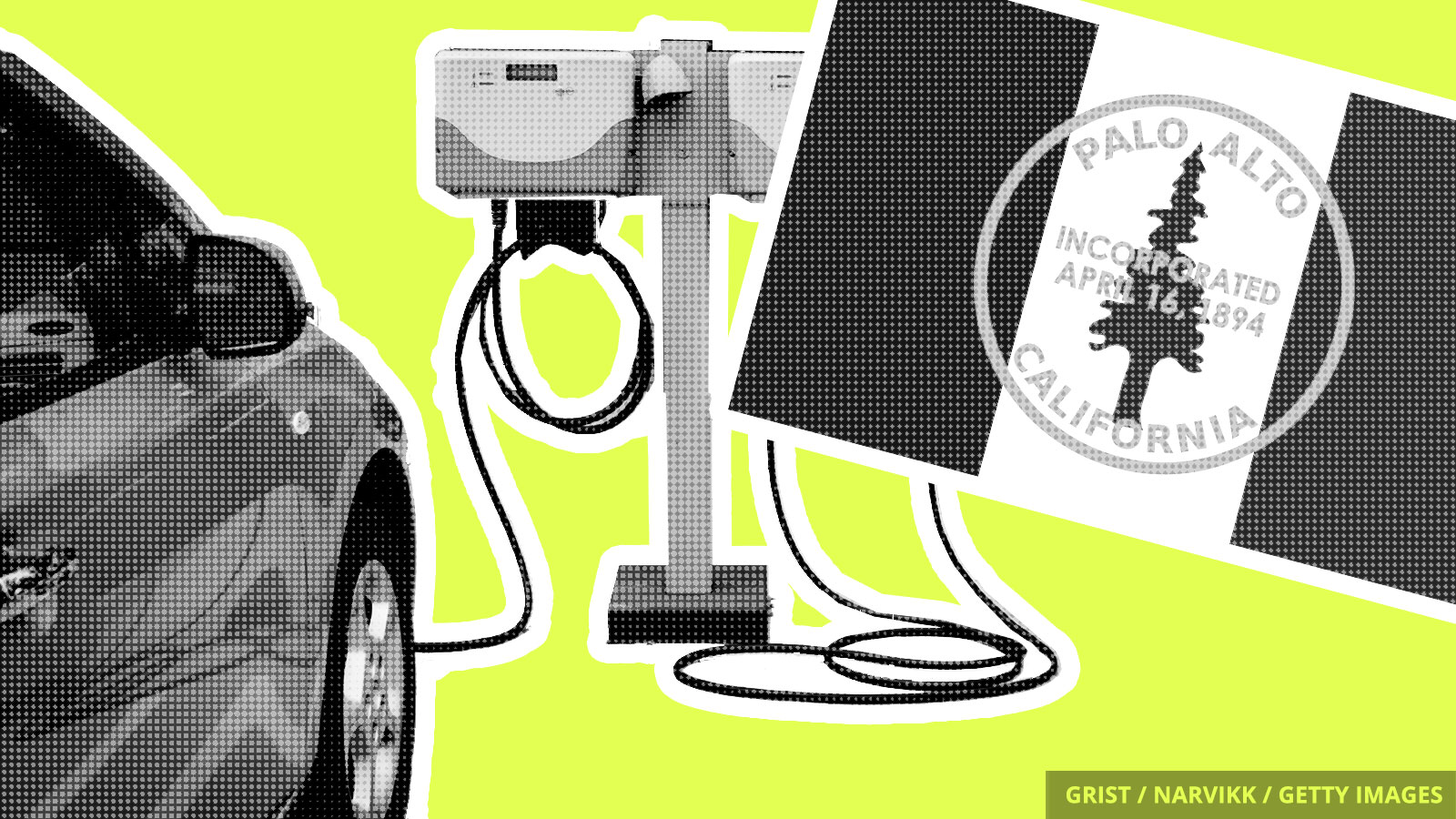 The Silicon Valley city is ready to bravely (and silently) charge forth in an era of catastrophic climate change. Palo Alto now has the highest adoption rate of electric vehicles in the state of California — 30 percent of all new cars purchased there last year were electric.

The wealthy tech city has an “EV ecosystem more evolved than anywhere in the country,” as E&E News reported. Residents buy electric cars. The city creates pro-EV policies such as offering $30,000 rebates for installing chargers and requiring all new housing to be wired for them. Companies install chargers and big employers offer services like EV valets to make sure cars get charged during the day. And then people buy more electric cars and the cycle continues.

We might need to take notes from America’s electric car capital. Recently, the Intergovernmental Panel for Climate Change warned of the dire need to relinquish our dependency on fossil fuels and transition to greener energy sources. Electric cities might just be part of the key, especially in a state like California where transportation is the biggest source of emissions.

So, you might be wondering: Do I need an electric steed of my own?? What about the cost? Is it more sustainable to just buy used even though Teslas look cool? Grist’s Daniel Penner walks through the benefits and tradeoffs in a video. As he points out, “If all of your state’s electricity comes from coal, charging up your electric car isn’t that helpful for the environment.”

So, electric makes sense in Palo Alto, but it might not make sense for you. Everyone can make better transportation choices in their own way. Bikes are cool, too.

Hurricane Willa is expected to bring “large and destructive waves,” up to 1 foot of rain, and potentially flooding and landslides to Mexico’s Pacific coast as it makes landfall today. Thousands have fled coastal towns like Mazatlan as the country prepares to absorb the Category 4 storm’s 130 mph sustained winds. Willa formed Saturday and quickly grew to a Category 5 on the Saffir-Simpson scale, which the National Hurricane Center characterized as “explosive” intensification.

Donald Trump took to Twitter Monday morning to make a not-so-humble brag. “America: the Cleanest Air in the World – BY FAR!” the president tweeted along with a World Health Organization graphic that showed little air pollution in the U.S. compared to countries in Africa and Asia. The current administration can’t claim credit for the distinction since the WHO map displays data from 2016, before Trump took office. Also, the president’s claim was inaccurate; the data used to make the map had the U.S. ranked ninth in air quality behind countries such as Estonia, Australia, and Canada.

The Trump administration is pushing back on a U.N. plan that will implement new rules in 2020 designed to reduce sulfur levels in shipping fuel by more than 80 percent. Trump wants the rules to be phased in, so that they go into full effect at a later date. Prices on other fuels could spike due to the fines that the International Maritime Organization will levy as part of the new regulations — creating a potential political issue in the run-up to the 2020 election.

This app is helping rescuers after hurricanes