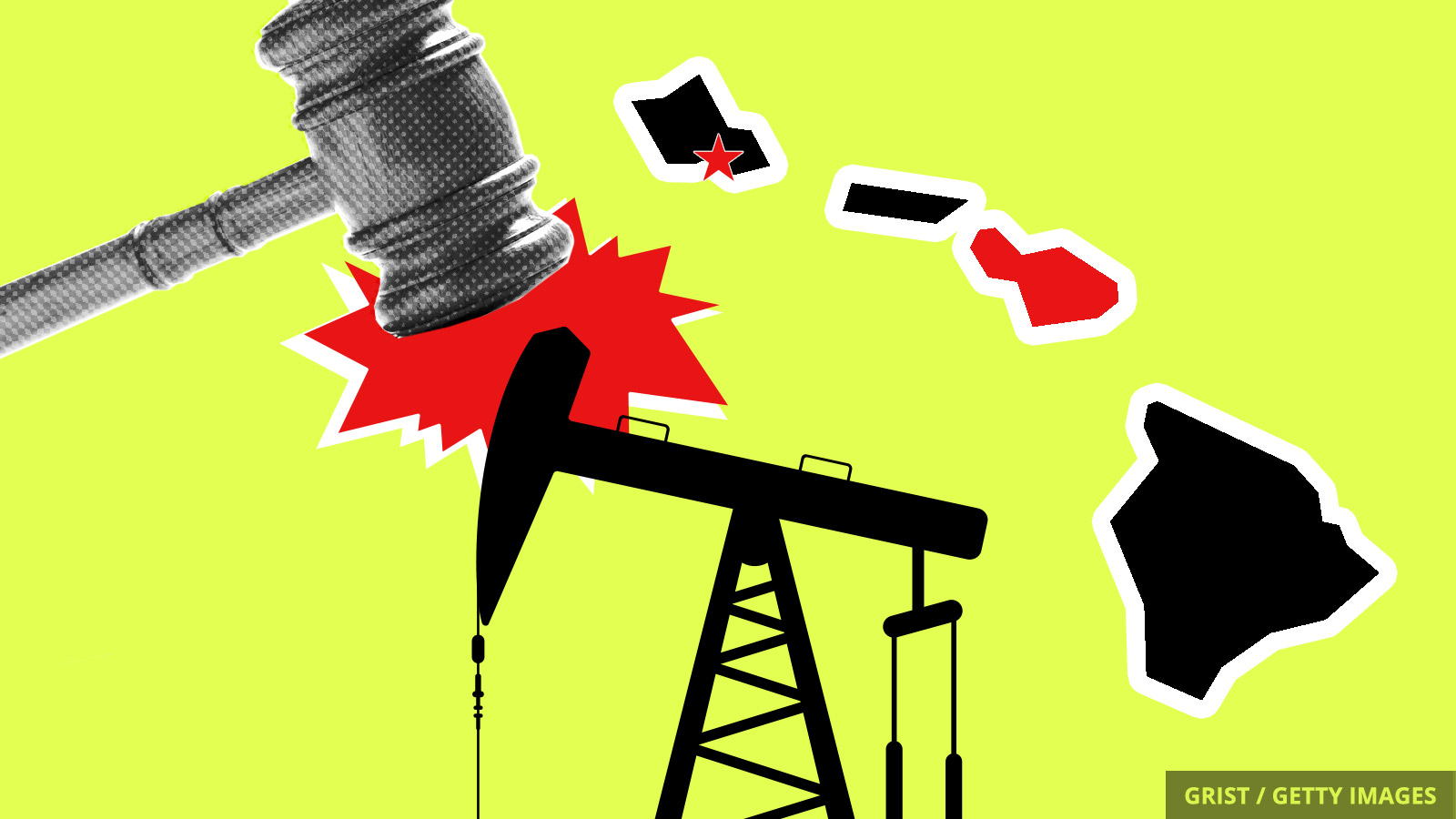 In recent days, the mayors of Honolulu and Maui County announced plans to file lawsuits against major fossil fuel companies for damages resulting from climate change. The forthcoming lawsuits are part of the barrage of climate change liability lawsuits launched by local governments from New York City to San Francisco.

In Honolulu on Tuesday, Mayor Kirk Caldwell and members of the city council said oil companies knowingly inflicted harm on his constituents on the island of Oahu. “The people of Oahu expect government to stand up against those who knowingly harm others for financial gain, and that’s exactly what we intend to do,” he said. The island faces some extreme climate change-related impacts in the coming years, like more than 3 feet of sea-level rise and an estimated $30 billion in direct economic losses and structural damage if a Category 4 storm hits.

Mayor Michal Victorino announced last week that Maui County, which includes four Hawaiian islands, will file suit against major oil companies that have not yet been named. “Much of the land designated for urban land uses will be adversely affected by sea level rise, so we need to plan for that now,” he said. Wildfires have burned 23,000 acres in the county so far this year.

It’s been a rough few weeks for Big Oil. Last week, former ExxonMobil CEO Rex Tillerson took the stand in a shareholder fraud lawsuit in New York to defend the way his company calculated climate risk. If Maui and Honolulu go through with their plans to file suit — and the odds are high — Exxon and its ilk will have to deal with an even higher stack of lawsuits.

Melting Arctic sea ice brought to you by our overheating planet has allowed a deadly virus to spread around the globe, according to a new study. The phocine distemper virus has been attacking a wider variety of marine mammals, infecting the respiratory and nervous system of sea lions, seals, and otters.

Back in 2014, a national campaign called the Green Diversity Initiative began calling on environmental nonprofits to disclose the race/ethnicity, gender, and sexual orientation of their staffs and boards. But according to recent research in the journal Sustainability, more than 96 percent of green organizations have failed to report them.