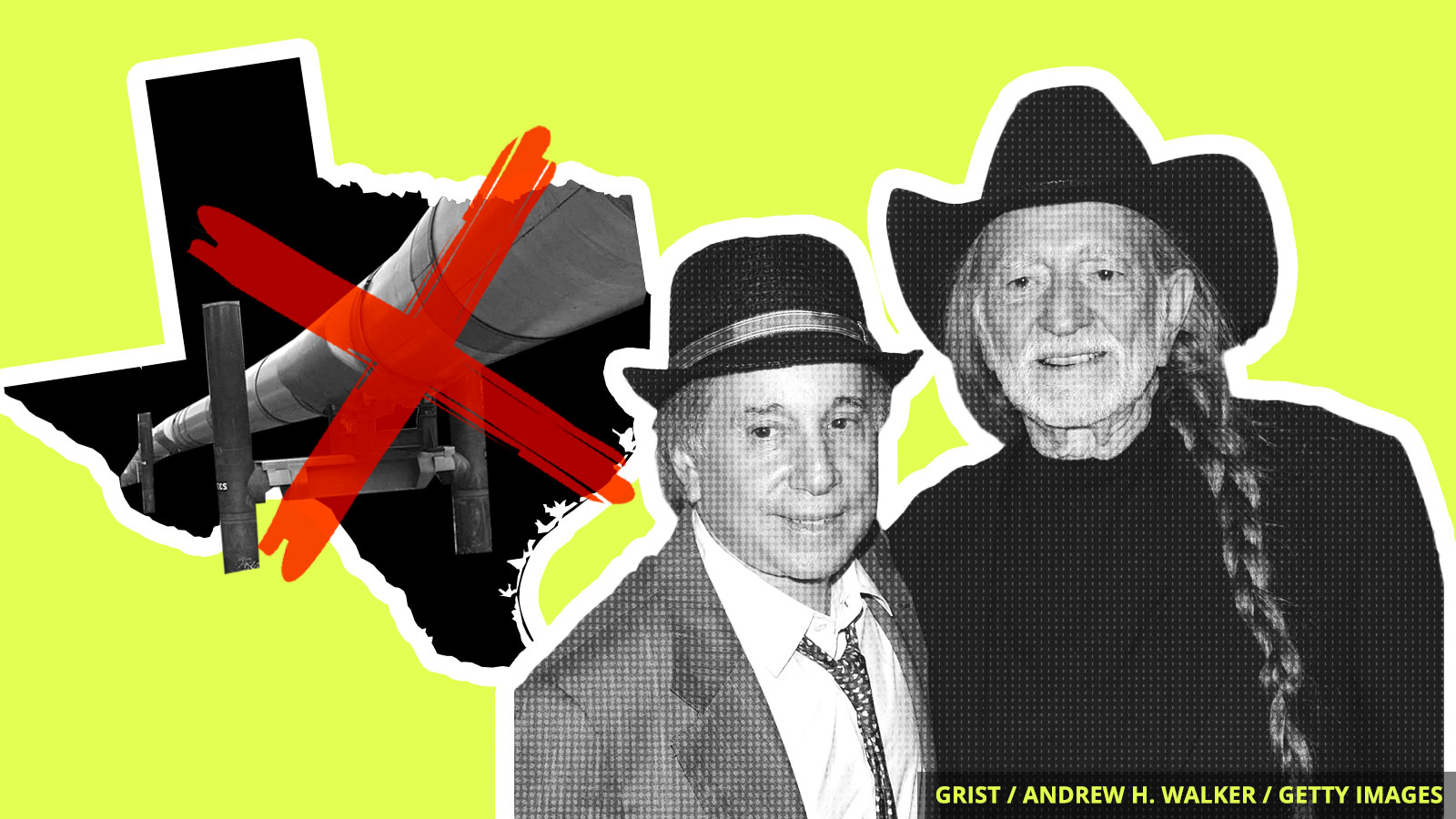 A 430-mile, $2 billion natural gas pipeline in central Texas is being rerouted by its owner, Kinder Morgan. The announcement came one day after superstars Willie Nelson and Paul Simon published an op-ed in the Houston Chronicle in opposition to the pipeline, which is called the Permian Highway. In April, a 36,000-gallon drilling fluid spill near the Blanco River during pipeline construction contaminated local well water with arsenic, lead, and other heavy metals.

Nelson and Simon cited the April spill as one reason for pipeline construction to be stopped. “Must we wait until the water is poisoned, the grasslands are gone, the local wildlife extinct and communities ruined before common sense and the love of our land prevails?” wrote Nelson and Simon in their op-ed. “When will we stop swapping the environment for a profit?”

This summer has seen a series of victories for opponents of oil and gas pipelines, from the Supreme Court ruling halting the construction of Keystone XL to the cancellation of the Atlantic Coast Pipeline. The rerouting of the Permian Highway Pipeline around the Blanco River will add two miles to the pipeline, but the updated route creates a new step in the pipeline’s completion — and introduces risks to a new set of landowners and wildlife.

“Kinder Morgan is picking up and trying to build along a new route,” said Roddy Hughes, a senior campaign representative at the Sierra Club in a statement. “The only responsible path forward is for Kinder Morgan to shut down construction of this destructive pipeline once and for all.”

On Sunday, a government weather center measured a temperature of 130 degrees F in California’s Death Valley, setting a new record for the hottest temperature ever recorded on earth. While the measurement will take months for climate scientists to verify, more heat records are expected as humans continue to warm the planet.

And with more heat comes more air conditioning. A new analysis from the research nonprofit Climate Central estimates that home air conditioning use will increase by 59 percent over the next three decades. While this will help Americans cope with rising temperatures, it will also put more pressure on the electricity grid and financial stress on low-income households.

The Arctic could have entirely ice-free summers by 2035, according to a recent study. The ice loss will be driven, in part, by ponds of water that form on the surface of sea ice as it melts. These ponds absorb more heat from the sun than the surface of the ice, and they are forming earlier and lasting longer.

Judge says protection is for the birds