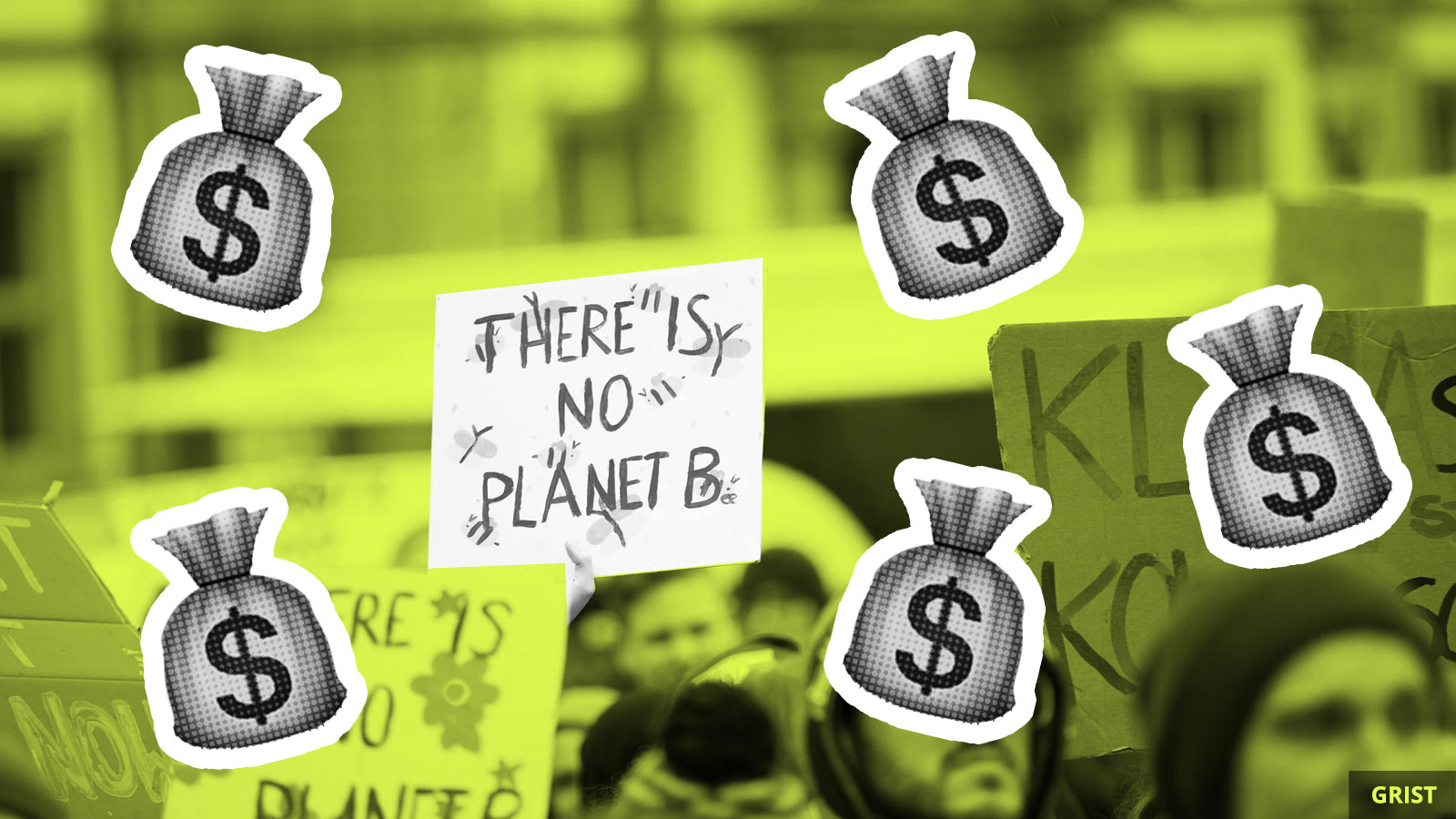 Heeding the call of grassroots campaigners, deep-pocketed U.S. philanthropists are throwing their weight behind groups they say are raising the profile and urgency of climate activism, launching a new Climate Emergency Fund.

Three wealthy donors — Trevor Neilson, an investor and philanthropist, Rory Kennedy, daughter of late-U.S. Senator and Attorney General Robert Kennedy, and Aileen Getty, heir to the Getty Oil fortune (!!!) — teamed up to launch the fund. So far, it has raised $600,000, with the promise of raising tens of millions more in the months ahead.

“Our climate crisis demands a new paradigm, requiring the phasing out of fossil fuel infrastructure, the phasing in of non-fossil energy sources, and large-scale removal of carbon from the atmosphere,” the fund’s website reads. “CEF recognizes that this moment requires large-scale disruption and nonviolent civil disobedience to force the policy change we need.”

The money will allegedly be used to support climate actions by established groups like Extinction Rebellion and the School Strike for Climate movement, as well as to help “seed” similar efforts around the world. Many of these groups are calling for greater government action against the climate emergency by taking to the streets: Just this week, according to Extinction Rebellion, more than 3,000 activists across the United Kingdom have signed up to participate in acts of civil disobedience as part of a “summer uprising.” And on Friday, the climate organization Zero Hour partnered with Extinction Rebellion to stage a die-in in front of Miami’s City Hall as part of the kick off for its youth climate summit.

Nearly 800,000 gallons of oil from a Chevron well have spilled in Kern County, California over the last two months. The vast quantities of crude may severely harm nearby fish and wildlife. State regulators have issued an order for Chevron “to take all measures” to stop the spill and clean up its mess.

The Trump administration is at it again, trying to roll back environmental regulations: The Environmental Protection Agency is set to weaken rules that allow communities to appeal EPA-issued pollution permits. The changes would curb community advocates’ abilities to help determine how much pollution nearby refineries should be allowed to release.

Tropical Storm Barry, which made landfall as a hurricane, flooded parts of Louisiana over the weekend. Despite power outages and deluged levees, the storm was fortunately not as destructive as initially forecasted. However, Barry is still expected to inundate central Louisiana and neighboring states with heavy rain and flash floods in the next few days.