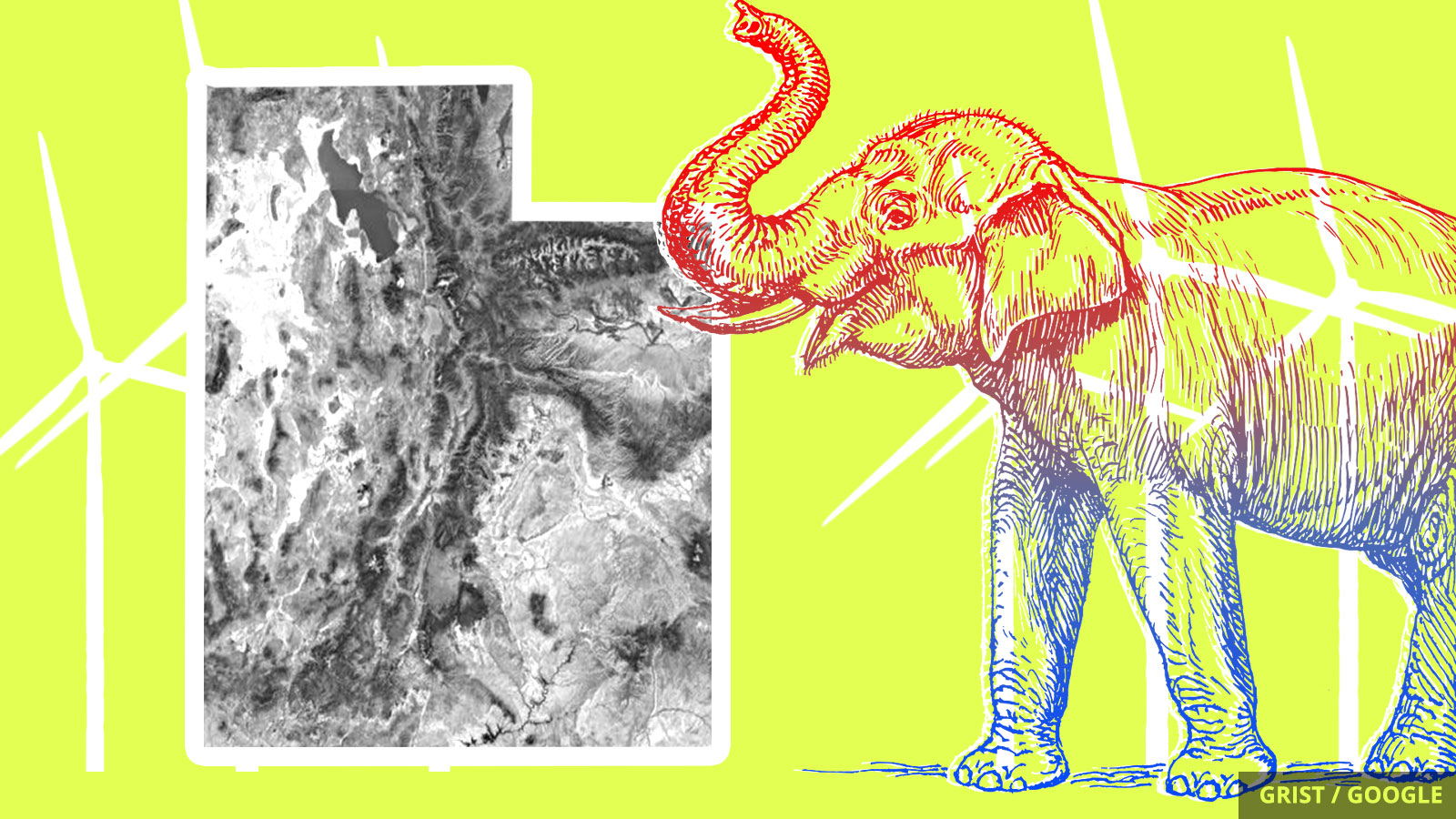 Despite its abundant natural beauty, Utah doesn’t have a great political track record on climate. In 2010, the Utah state legislature passed a joint resolution denying climate change and calling on the EPA to chill out on trying to reduce carbon emissions. Utah also has higher rates of CO2 emissions per capita than most of its neighbors.

But more recently, the state has been pivoting away from its climate-denial past. In 2018, at the urging of high school students, Republican Governor Gary Herbert passed a resolution acknowledging that climate change impacts Utahns. Now, the largely Republican state legislature is embracing a climate policy “roadmap” (prepared by an economic think tank from the University of Utah) that includes emissions reduction targets.

Support for the roadmap stems from the state’s thriving renewable energy sector as well as concerns about air pollution. State House Speaker Brad Wilson told the Guardian that while there’s not consensus on climate change in the legislature, reducing air pollution has bipartisan support. Most of the state’s population lives in mountain valleys, where in the winter, pollution can get trapped for weeks at a time at levels that impact health.

Right now, the roadmap is just a bunch of policy recommendations, but the support it’s garnered in the state legislature makes Utah a climate leader to watch among Republican-majority states.

Automated bots are altering conversations about the climate crisis on Twitter, according to a draft study obtained by the Guardian. The recent analysis found that a quarter of all climate-related tweets on average are produced by bots — and that these bots are spreading climate denial and misinformation.

Speaking of climate denial: The Heartland Institute — a Chicago-based think tank known for denying climate change — has hired German teenager Naomi Seibt to be the youth face of its campaign questioning mainstream climate science. The group is positioning Seibt as an alternative to Greta Thunberg, the Swedish teenager who’s become a global leader in the fight for climate action.