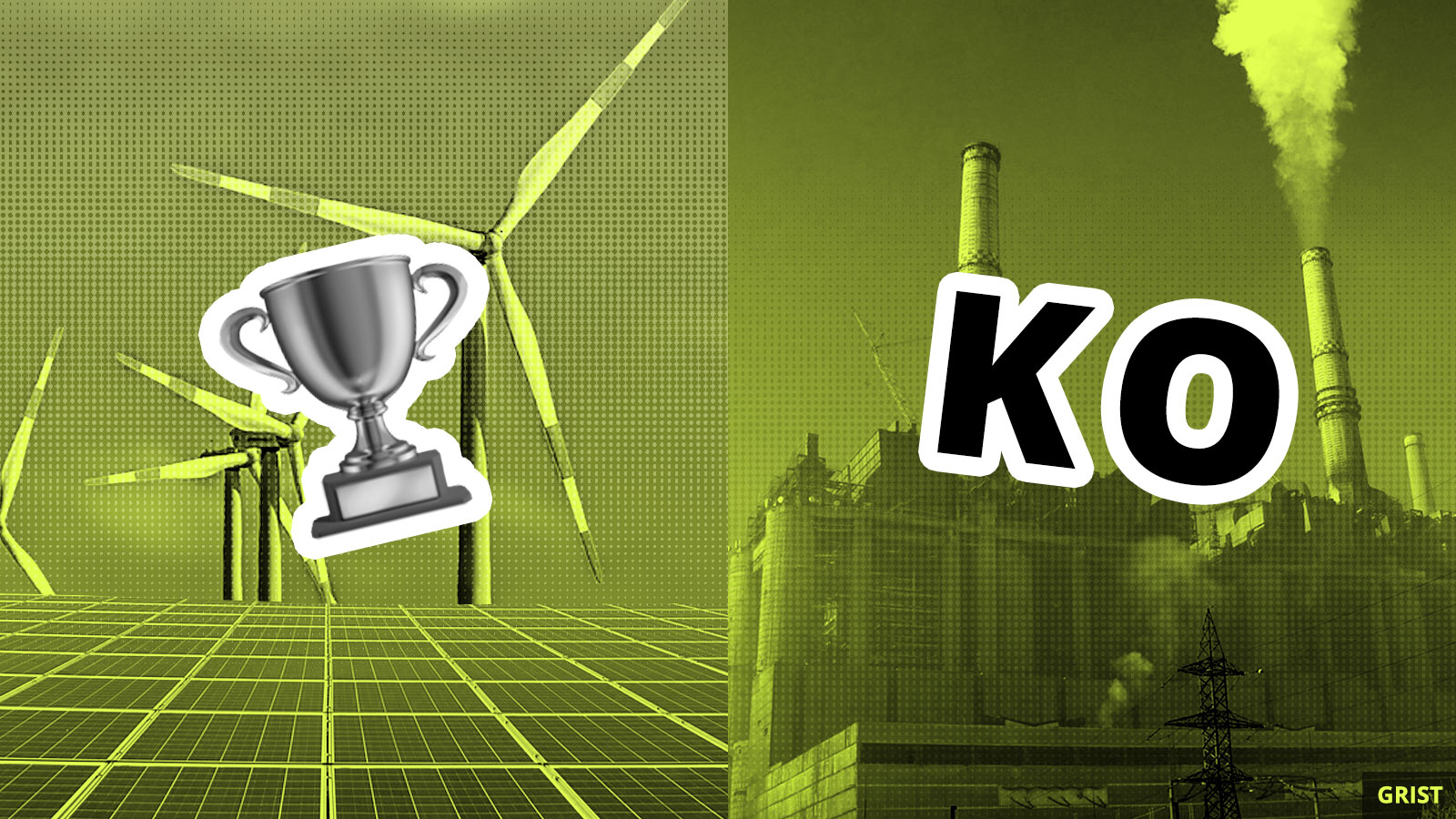 For the first time ever in the history of the U.S. power grid, renewable energy is beating coal. Wind, solar, and hydropower outperformed coal in the first quarter of 2020, accounting for almost 20 percent of U.S. electricity generation, according to a new report from the Institute for Energy Economics and Financial Analysis.

As recently as 2008, coal was responsible for more than half of the electricity used in the U.S. — but no longer. A growing market for renewables and plummeting gas prices have shunted the most polluting fossil fuel to the side in favor of natural gas and clean energy.

Renewables topped coal in electricity generation for 47 days of the first three months of 2020, demolishing the previous record from 2019, when renewables beat coal for only 38 days of the entire year.

This trend is likely to continue. Clean energy usually surges during the spring due to lower demand and higher renewable generation, so it’s likely that it will continue to eclipse coal for the entire first six months of 2020. According to the authors of the report, this first quarter provides “a clear indication that the transition [to clean energy] has accelerated.”

Preliminary data suggests that the average level of methane in the atmosphere spiked in 2019, and scientists aren’t sure why. The potent greenhouse gas, of cow-belch notoriety, contributes less to total warming than carbon dioxide but is much stronger molecule for molecule. Agriculture, natural gas production, wetland destruction, or a host of other factors could be responsible for the higher-than-expected increase.

New aerial data shows that the Great Barrier Reef is experiencing its most widespread bleaching event ever. This is the third time in five years that heating ocean waters have stressed the iconic Australian corals to the point of losing their color. The scientist who conducted the survey said that this frequency “is not something we anticipated happening until the middle of the century.”

Plunging PG&E stocks and internal divisions among victims of the 2018 Camp Fire may cause the $13.5 billion settlement agreement reached in December to be scrapped. Victims demanding a redo are balking because half the money they’re set to receive from the bankrupt utility will be in company shares, which have tumbled in value in response to the coronavirus pandemic.

penny for your thoughts

We want to host an online conversation about the intersection of climate change and coronavirus. And we want you, our readers, to choose the topic. Cast your vote for what you’d like us to focus on and register for your (virtual) front-row seat here.